Modern technologies in the service of art

painting personalities
Humanity is taking leaps and bounds towards its future, using a variety of adaptations that have become available in the process of evolution. Painting also gradually evolved ‒ rock paintings, frescoes, and, finally, easel painting. The 20th century gave society various trends in the visual arts, based on the author's exclusive vision of the surrounding reality: abstractionism, surrealism, impressionism. Works of art Munch, Pollock, Malevich, Van Gogh excites, beckons, bores the mind with its incredible mystery, which you want to comprehend and understand.
But it turns out that this is far from the limit. Today, the officially recognized direction is digital painting, where the easel and brushes are replaced by a computer. Perhaps, in hundreds of years, there will be no traces of the canvases Leonardo da Vinci or Aivazovsky, and there will be only one, digital painting, the subject of which is electronic images?.. 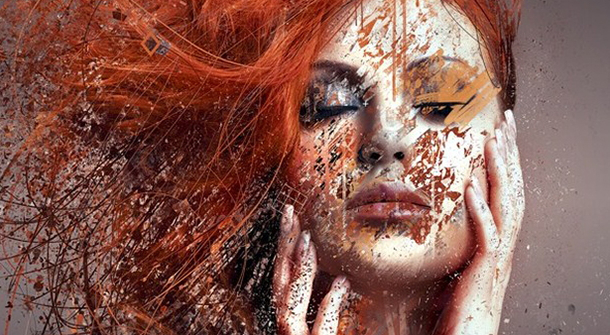 In fact, the concern of connoisseurs of beauty on this occasion has no basis. Digital images are based on the same laws of perspective and chiaroscuro, which were used in their work by representatives of the classical genre of fine art. And to create an image, even in JPEG format, a modern specialist requires knowledge of the basics of composition and perspective.
In March 2021, the world community was literally blown up by an event that had no precedent before: at the famous London auction 'Christie's', a digital image was bought by an unknown fan for a fabulous sum ‒ 69.34 million dollars.
Of course, when jewelry is bought under the hammer ‒ at least you can try it on, or dishes ‒ you can hold it in your hands. But in this case, millions were paid not even for the file with the picture, but for the associated unique token (NFT), a digital substitute for securities that confirms ownership of the work.
The picture is called 'Everydays: The First 5000 Days' which literally translates as 'Daily: The first 5,000 days'. She is a bright representative of digital painting, where neither a brush nor a primed canvas is used, but only computer technologies.

The author of this creation is a representative of the population of modern media art, an American 40-year-old artist Beeple (known in the world as Michael Winkelmann). A creator of comic books, grotesques and phantasmagoria, Winkelmann decided to organize his numerous works. He initiated the project 'Daily', in which, since 2007, every single day, regardless of holidays and events taking place in his personal life, he created one digital work.
In each of them, he expressed his vision of everyday reality, trying to convey his personal attitude to it and his assessment. Well, it is quite understandable and acceptable principle, similar to the works of representatives of postmodern trends in art.
Thus, since May 1, 2007, the artist has collected 5,000 digital drawings, which he combined into a single whole, giving a completely exhaustive, but devoid of romance title: 'Daily: the first 5000 days'.

Collecting the daily impressions of what is happening around (in the family, the country, the world).) Michael Winkelmann created a pleasant-looking and quite voluminous independent work-a chronograph. Starting price at the auction 'Christie 's painting' Everydays: The First 5000 Days ' was only $ 100. However, 2 weeks later, at the end of the auction, and, more precisely, in the last seconds, an unknown buyer gave $ 60 million for it, which, together with all the required fees, amounted to $ 69.34 million.
So Michael Winkelmann became one of the most expensive artists of our time, and his digital painting joined the list of world masterpieces, opening the way to a completely new direction in the visual arts.
Fill your online collection pictures, coins, brands, postcards, banknotes with new copies, you can use the program HOBBYKEEPER ONLINE. The well-thought-out functionality of the program allows you to add images and edit descriptions, keep records of the collection online without involving hundreds of notebooks and thousands of notebooks. Access to your favorite archive is also possible from any mobile device thanks to the adapted version of programs.
Join us, and the inaccessible will become available, and the impossible ‒ possible together with Hobby Keeper!
Translated by Yandex.Translator