The mystery of Edvard Munch's painting 'The Scream'

personalities
One of the most expensive paintings in the world by one of the most famous artists in the world has long kept a mystery that excites the minds of collectors and fans of painting. The Painting 'The Scream' Edvard Munch catches the viewer from the first second with his incredible tragedy. The indistinct expressionist lines further enhance the effect, rewarding the central figure with sinister, almost inhuman features. Looking at the image, the blood turns cold, and we can only assume what pain tormented the artist... 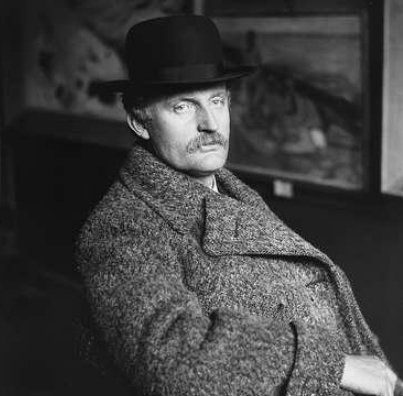 But the most mysterious thing in the picture is the existence of the inscription. In the corner, against the background of a blood-red sky, only one sentence is written, which, however, most accurately conveys the meaning of the depicted composition. The author's pencil wrote: 'kan kun være malet af en gal mand!', which in Danish means- ' only a madman could draw this!' 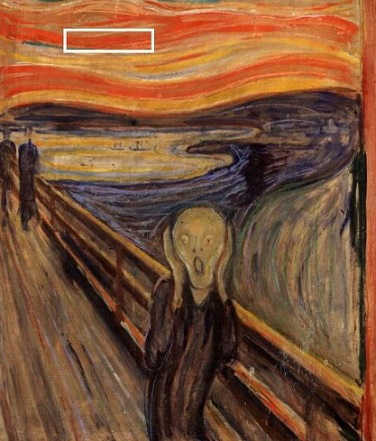 Unrealistically frightening, ominous portrait of a man against the background of a blood-red sunset is perceived ambiguously by the public. His simplified forms, expressive grotesque lines for the painting of the late nineteenth century were a glaring fact. Academic art of that era assumed a sleek plot and realistic specifics, typical of the Imperial Academy of Arts in St. Petersburg, for example, or the Royal Academy of Painting in France.
They clearly followed the classic examples of art of the past centuries, whose timeless beauty and sunny carelessness were considered ideal for imitation.
Edvard Munk's worldview and perception of the surrounding world differed sharply from the classical canons. After going through a difficult, contradictory life path, Munch came to his own scale of values. Gradually, step by step, after the next blows received from life, the artist developed an expressive style of writing. In it, the emotional understanding of what is happening comes to the fore, putting the fine arts with their ideal external forms in the background.
Poor health (Munch had lung problems), love failures (an affair with a married coquette Millie Taulov), the death of loved ones (at the age of 5, he lost his mother, after the loss of his beloved sister Sophie, who was slowly dying of tuberculosis, then the death of his father) - all this influenced the manner of writing of the sensual artist. Gradually, he moves from the canonical images to the blatantly realistic ones, writing in his diary that instead of reading men and knitting women, real people should be depicted-breathing, loving and suffering. 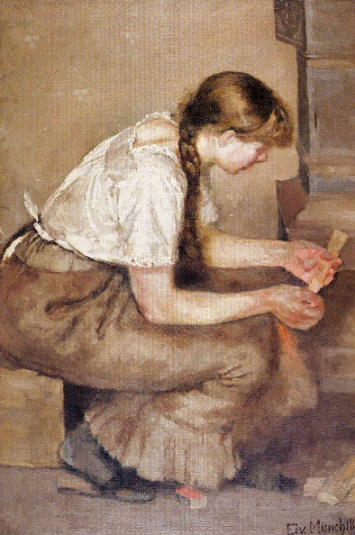 Indeed, if you follow the anthology of Edvard Munch's work, you can clearly see how it grows from the neutral, about-nothing 'Etude of the Head', written in 1883, 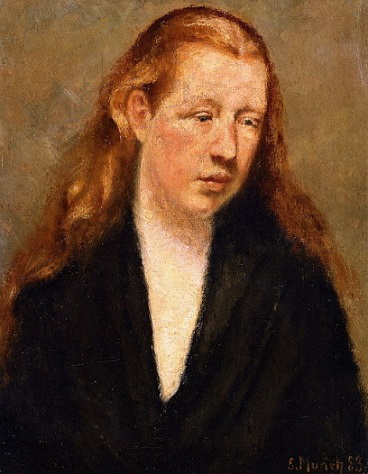 before the heart-rending 'Sick Girl' or 'Mother's Death'. 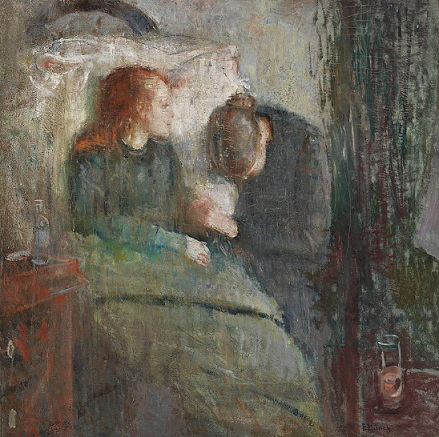 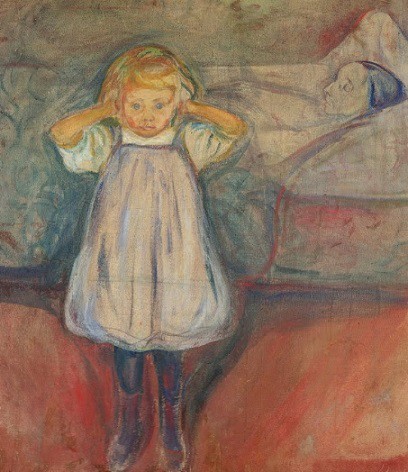 The scandalous 'Scream' has many variants in the form of sketches, sketches and engravings. The most famous painting was painted in 1893. And exactly a century later, in 1994, it was stolen from the National Museum in Oslo. At the same time, the robbers did not have much trouble stealing the value, which they wrote in a note left at the crime scene: 'thank you for the poor security.' A few months later, the canvas was returned, but other works by Munch also repeatedly became the object of attention of intruders.
In this light, for a long time, the origin of the mysterious inscription in the upper-left corner was unclear. Some experts attributed it to visitors to the exhibition and even to the thieves of the painting, while others agreed that the inscription was made by Edvard Munch himself.

Doubts were dispelled by an analysis carried out using an infrared scan in February 2021, as well as a graphic study of handwriting. According to the curator of the National Museum of Norway, Ms. Guleng, the inscription is 100% owned by the artist himself. And it was made in 1895, when the work first appeared before the public.
The resonance caused by Munch's work in society, touched the artist to the quick. Many considered him crazy, and critics blasted the writing style, calling it at least 'unfinished'.
But Edvard Munch wanted to convey much more prophetic things to posterity. It was as if he foresaw and wanted to warn about the impending catastrophes that the twentieth century brought to humanity. Wars, diseases, environmental disasters that have led to thousands and thousands of terrible deaths - these are the horrors that a man who is maddened by the realization of their inevitability screams from the picture...
However, the fact that humanity has not yet disappeared from the face of the Earth still gives us, today, reason to hope for the best. We are allowed to live, love, build, develop and collect - so why not take the chance and install the program HOBBYKEEPER ONLINE? It will allow you to save, organize and multiply your collection pictures, coins, brands, banknotes, postcards, share it online, keep timely records of transactions, always be aware of interesting new products. Access to the archive is possible from any mobile device 24/7, and the safety of digital copies is not subject to time!
Join us, and the impossible will become possible, and the inaccessible will become available together with Hobby Keeper!
Translated by Yandex.Translator