numismatics history
Loyalty, courage, bravery... There are eternal concepts in life that are not subject to the influences of time or the transience of morals. Heroism in the name of a great goal has always been the pinnacle of the human self, at sea and on land, at times Ancient Rome and on the fronts The Great Patriotic War...
Having no statute of limitations, a feat always causes a flurry of emotions and a desire to comprehend how is this even possible?! But no matter how much you try to try it on yourself, you will not be able to imagine how you will act in such a situation. For courage is an impulse, the highest power of the human spirit.
Is it possible to purposefully cultivate the strength of the spirit and develop the desire to win? History proves that it is possible. As, for example, it was done in ancient Sparta ‒ the state of great warriors. When the Spartans were asked what they could do best, they answered: 'To be free.' And it was necessary to fight for their freedom. However, nothing has changed since then.
A striking example of how the Spartans fought for their freedom is the Battle of Thermopylae. During the Greco-Persian war of 480-479 BC, the united Greek polis defended their independence, putting an end to the further conquests of the Achaemenid Empire. One of the brightest pages of this war is the battle in the Thermopylae gorge, which dates from September 17-19, 480 BC. 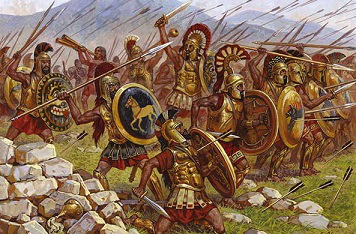 It all started in 491 BC, when the Persian king Darius saw an easy profit in the face of conflicting Greek city-states. He sent envoys to them demanding 'land and water' - having a powerful army and navy, he could afford it.
Not very scared, more surprised by such impudence, Athens, without thinking twice, executed the ambassadors. Known for their oratory, the Spartans simply threw the Persians into the well with the recommendation to 'look there'.
The work of his father was continued by Xerxes ‒ a young, ambitious monarch, whose plans were to conquer the whole world. The desire is understandable and from time to time visits some satraps. For this purpose, he even built a special pontoon bridge from Asia to Europe across the Hellespont (today it is the Dardanelles Strait). Really, a storm (or maybe Poseidon?) he destroyed the ferry, after which, offended, Xerxes ordered the sea to be whipped with whips. 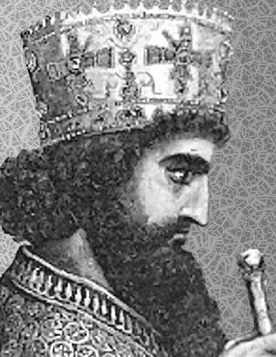 Despite this, many thousands of Persian troops still invaded the territory of Greece. A significant obstacle to the further advance of the combined army of the Persians, who were accustomed to fighting in open terrain, was the mountainous landscape. It was he who became the arena for the most outstanding, bloody and heroic battle that took place during the Greco-Persian wars that lasted half a century. The Battle of Thermopylae in total claimed the lives of 25 thousand people, and more than 20 thousand of them were Persians.
The course of the battle was not difficult to predict in advance. Herodotus writes that the Persian army numbered more than 2.5 million soldiers, although in fact this figure was less than a hundred times. Nevertheless, it was a real self-sacrifice to volunteer to resist such a huge army, because the Greeks could only field 5-7 thousand people in Thermopylae.
But what! The backbone was made up of 300 Spartan soldiers trained to fight and die, who did not know what a retreat was. That's really for whom courage and military valor have been the meaning of life since childhood. 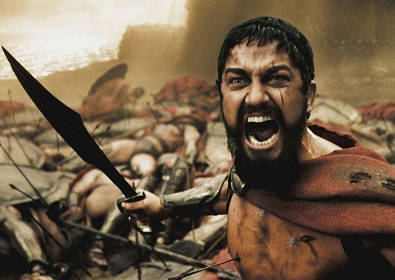 The proscenium was perfectly furnished. The Persians marched in a huge formation that stretched for kilometers. Ahead of them was the impregnable Thermopylae gorge, the width of which was only 60 paces. Xerxes offered the united Greek army his friendship if they would surrender their weapons without a fight. The phrase that the Spartan king Leonidas, who led the Greeks, answered him, became immortal: 'Come and take it.'
And it was not so easy to take the fortified positions of the defenders. Neither the first nor the second day of the assault gave any results. The Greeks fought to the death for their land. 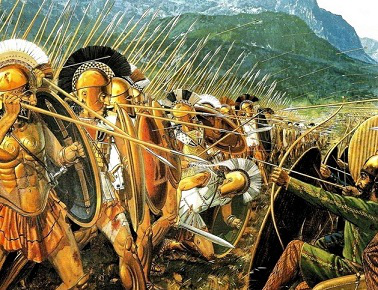 And here, as always, it was not without betrayal. What motivated the Malian Ephialtes, who told Xerxes about the secret path, is not known for sure. But definitely nothing new: money, love, power. Anyway, on the third day of the battle, the Persians began to enter the Greeks from the rear. To save the people, Leonid ordered most of the army to retreat, remaining to fight to the end with a detachment of 300 Spartans and the militia of Thebes who refused to leave.
Stones, arrows, fire, swords... Everything was used, but the Hellenes stood to the death, and all of them died in that battle. More than 20 thousand Persians died, including two brothers of Xerxes himself.
Of course, you can talk for a long time on the topic 'what if'. If the Greeks had held out longer, the Persians would have started a food crisis, because it was almost impossible to supply food and water to a remote mountainous area. If not for the betrayal of Ephialt (killed, by the way, soon paid by the 'special agent' Athenad), perhaps the Spartans would have been able to hold the gorge and survive.
One way or another, but the names of all three hundred soldiers of Sparta, led by King Leonid, are remembered by the whole of Hellas, paying tribute to their courage and honor. 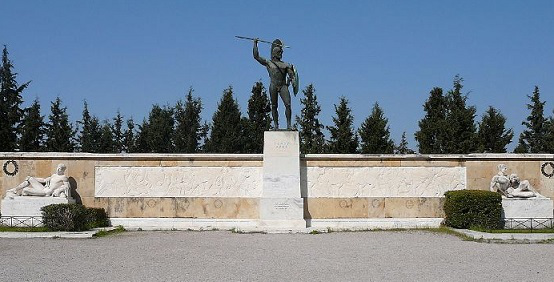 And in 2020, the Bank of Greece issued a commemorative coin with a face value of 2 euros, dedicated to the 2,500 anniversary of the Battle of Thermopylae. At the same time, the reverse of the coin is decorated with the image of a Greek warrior in a protective helmet against the background of the traditional 12 stars of the European Union. 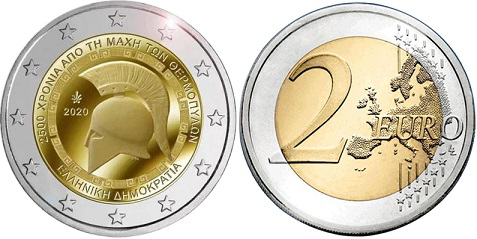 'Courage makes the blows of fate insignificant' - forever going down in history, the Spartans confirmed the words of the wise Democritus with their lives, bringing the light of their glory to their descendants. Bring and save your collection coins, brands, postcards, banknotes, paintings allows the program for collectors HOBBYKEEPER ONLINE. With it, you can add to personal account even the rarest copies, edit descriptions, share information with friends. There is no need to worry about the safety of the archive, since all your collections are protected at the database level. They can be accessed both from a PC and from any mobile device.
Join us, and the impossible will become possible, and the inaccessible will become available together with the Keeper Hobby!
Translated by Yandex.Translator