'Everything is calm in Baghdad...'

numismatics philately procardia bonistics cities
Among the many tours offered by agencies to curious travelers, you will not find the Iraqi capital. On the contrary, it is not possible to go there, although the city is one of the largest cities in the Middle East.
Today, Baghdad is one of the places that tourists do not want to visit. Even more, according to the new York company 'Mercer', the city is recognized as the most unsuitable place to live, given the level of environmental pollution, social conditions, road conditions and social security of residents... 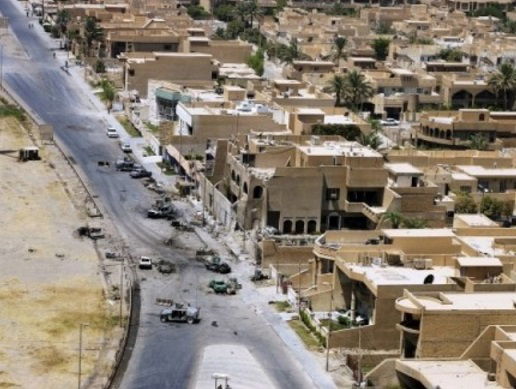 But this was not always the case. Everything you've heard about the fabulous charms of the East is true, realized in ancient Baghdad. It was about him that the beautiful Scheherazade told exactly one thousand and one nights, it was here that most of the scenes of fairy tales told by the wise beauty took place.
An unusual coin of the Republic of Belarus, issued in 2006, is dedicated to the lady of the heart of Tsar Shakhriyar, the Charmer of Scheherazade. On the reverse, as if in one of the fairy tales, you can see the face of Scheherazade in a chador. However, if you turn the coin at a different angle, a fairy-tale tent, a magic carpet, and a vessel with a Genie will appear in its place. 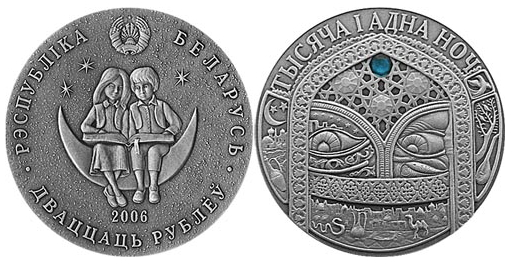 The age of Baghdad is much older than many significant cities in the world. The first inhabitants settled the area on the Tigris coast as early as the 19th century BC. In 762, by order of the ruler of the Arab Caliphate, Abu Jafar al-Mansur, construction began on his official residence, which was called the round city of al-Mansur.
In the annals of history, the settlement entered as Madinat al-Salaam - 'city of peace'. This is the name that archaeologists find on the coins of the Abbasid Caliphate, although in the vernacular then everyone preferred to use the ancient name 'Baghdad' - 'given by God'. 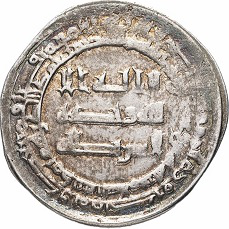 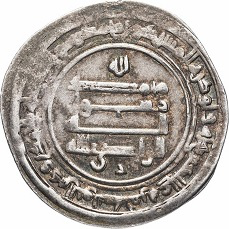 Many people have tried to manage the 'city of peace' for centuries. Trade routes from Arabia, India, and even Europe intersected here, and numerous craft workshops flourished. No wonder that by the 10th century, Baghdad had become a powerful center of attraction for many neighbors.
And the attraction worked. Shiites, oghuzs, Seljuks, Turks, Mongols, and even Crusader knights were seriously interested in the treasures of Baghdad. This led to the fall of the Abbasid state and the decline of its former capital. 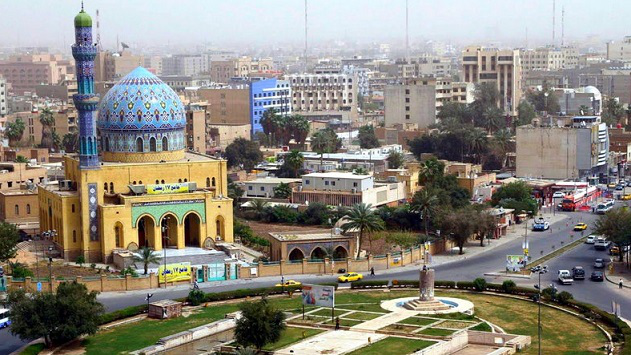 The city was part of the Ottoman Empire for a long time, and since 1917 it has been occupied by great Britain. Iraq became an independent Republic only in 1958, and Baghdad regained its prestigious capital status.
The fact that Baghdad is a significant economic and commercial center is recalled by a stamp issued by the Iraqi Postal service in 1965. The city was famous for its fairs, which traditionally attracted representatives of many regions. 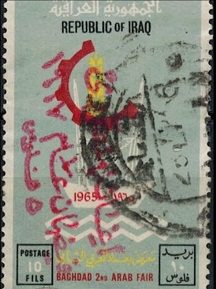 In 1957, Baghdad became the site of an exhibition of industry and agriculture, as described by a thematic postage stamp. 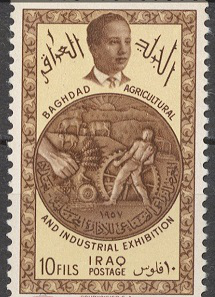 Today's reason for increased international interest is the natural resources of the location. Urban oil companies account for a significant share of Iraq's oil production, and the state as a whole is ranked 5th in the world in terms of black gold production.
That is why Baghdad only dreams of peace while its land produces thousands and thousands of barrels of oil. The leading States of the world are fighting for the right to possess this valuable resource, destabilizing the already precarious situation in the region, hiding behind, as usual, beautiful slogans about 'the struggle for world peace'.
The Iran-Iraq war brought hundreds of thousands of victims, and in 2003, the United States, without becoming particularly petty, invaded the territory of Iraq. Baghdad was occupied by military units of the international coalition, and when a stranger is in the house-is there peace?!

A Monument to the Martyrs was unveiled in Baghdad in 1983. Iraqi sculptors Saman Kamal and Ismail Fattah al-Turk dedicated it to soldiers who died during the Iran-Iraq conflict. But in essence, this is a perpetuation of the memory of all the victims of the oil rush that swept the world in the twentieth century. 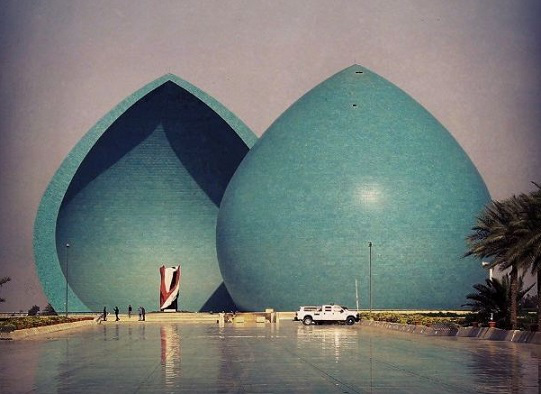 This architectural composition is placed on the reverse side of the Iraqi 25 Dinar banknote issued in 1986.

In Baghdad posted another monument to the victims of the oil wars - Swords of Kadischi. The then President of Iraq, Saddam Hussein, considered it a symbol of victory in the Iran-Iraq war. But the composition can be perceived ambiguously, as evidenced by the contradictory turns in its fate. 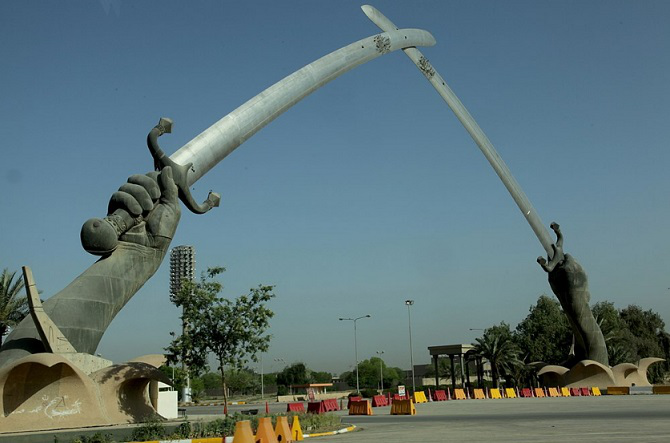 Kadissi swords are depicted on the banknote of Iraq in 1991 and 2002, and in 2003 the us military was going to destroy the monument as a symbol of the Iraqi regime.

Despite the minimal information available, you can judge the attractiveness of peaceful Baghdad by the available images on postcards. 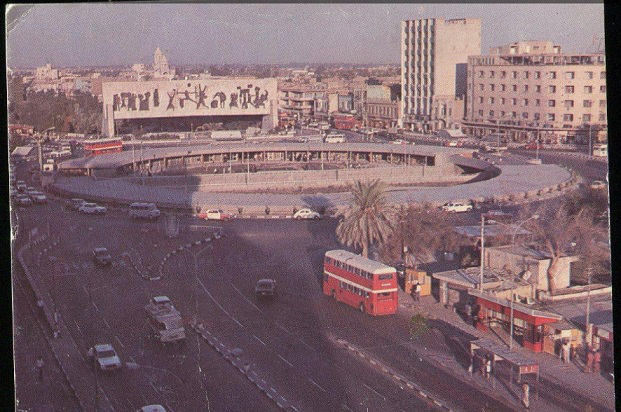 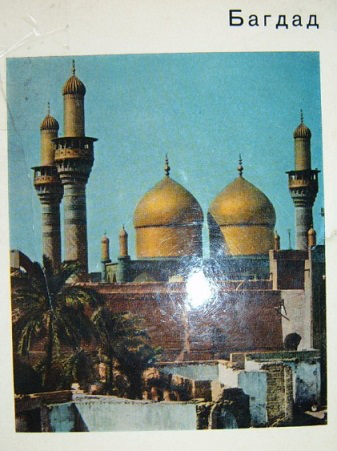 Add your favorite items to your collection coins, marks, postcards, banknotes, pictures You can use the program HOBBYKEEPER ONLINE. We have developed a user-friendly interface for our users that allows you to add an unlimited amount of material, add descriptions, edit and share links with collectors. Access to the archive is possible from any point on any mobile device in the world, provided that the Internet is available.
Take your favorite collection with you and travel around the world with hobby Keeper!
Translated by Yandex.Translator