Colosseum: what the ancient walls are silent about

history numismatics bonistics attractions
The Colosseum - 'the face of ancient Rome' - as PoE called it in his magnifying poem. An architectural masterpiece that breathes history and has absorbed the taste of different times, the Flavian amphitheater today attracts like a magnet. It provides answers to numerous questions posed to humanity by History and Life itself. 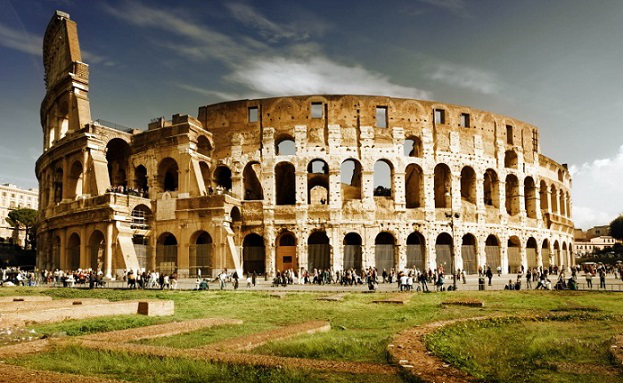 The Colosseum is a place of power. It was here that grandiose, spectacular events took place, striking in their scale, colors and - alas - cruelty. There are hundreds of heroes and gladiators battled for life and death, here the audience enjoyed naumachiae large-scale simulations of naval battles and bloody animal bullying. According to approximate estimates of historians, during the entire time of the 'entertainment shows' held here, more than half a million people and more than a million animals died in the arena! 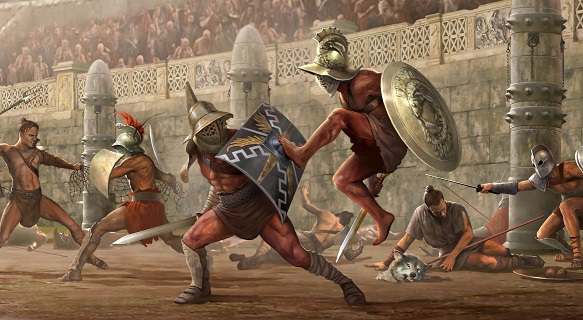 It all started back in ' 68. Then, elated by the victories, the grandson of a peasant and the son of a horseman, the Consul Titus Flavius Vespasian, having defeated the rebellious Jews, collected taxes from them, and at the same time from the neighbors, returned to Rome. He set out to consolidate his power by proclaiming himself Emperor in 69.
As is often the case, power over the masses can be obtained by a simple scheme, giving them 'bread and circuses'. According to Roman frumentary laws, the ancient Roman people received bread for free (namely, all Roman male citizens older than 10 years, except for the nobility).
With spectacles, however, there was tension in the Empire. With the exception of a large-scale fire that destroyed 10 of the capital's 14 districts in 64, life in Rome became boring. After the suicide of the art lover, tyrant, pervert and initiator of mass executions of Nero, a civil war broke out. But in 69, Vespasian won an undisputed victory. Wanting to destroy the memory of his predecessor, the new Emperor, as usual, began to rebuild the center of the Empire. 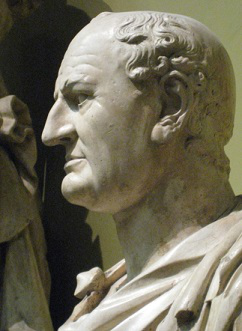 At that time, on 120 hectares in the heart of Rome, there was a Palace and Park complex built by Nero in honor of himself, his beloved, - the Golden house. It was in its place that the construction of the largest amphitheater in the ancient world, called the Colosseum (they say in honor of the huge statue of the Sun God Helios, called the Colossus), was started in 72.

Even by today's standards, the structure impresses with its huge size. The length of the outer ellipse is more than half a kilometer and is equal to 524 meters! The Foundation of the building goes 13 meters deep, and the height of the walls is 48-50 meters. The Colosseum could accommodate 50 thousand spectators, but according to historians of the time, this figure reached 87 thousand. For comparison, today the largest stadium in the world - Pyongyang's 'may Day Stadium' - holds 114 thousand spectators. But this, for a moment, is a modern structure built using advanced technologies and powerful equipment of the twentieth century. The Colosseum was built over 8 years by 100 thousand slaves, as well as a team of the best artists, architects, decorators and builders of the Empire. The honor of its discovery belongs to Titus, who succeeded Vespasian. In commemoration of such a Grand event, games and Gladiator fights were scheduled.
For five centuries, the arena was a place of entertainment for Roman citizens. Here a rich Roman and a poor citizen could compare, being United by one passion - for spectacle and blood...
However, nothing lasts forever, and over time, the fire of passion in the Colosseum subsided. Having been invaded by barbarians, having survived several earthquakes and fires, since the 6th century the amphitheater began to collapse. The 'motionless chaos of the Colosseum' became used as the homes of nobles, workshops, shops, and even cemeteries. Only in the 18th century, Pope Benedict XIV recognized it as the place of death of many Christian martyrs, consecrated it and took it under the protection of the Church. Today, the Colosseum is a symbol of Rome. The authorities maintain and reconstruct it, and in 2007 it was recognized as one of the seven new wonders of the world.
Its restored stage is now considered an honor to perform world-famous stars: Paul McCartney, Elton John, ray Charles, Andrea Bocelli. Any tourist who comes to Italy, first of all seeks to visit the Flavian amphitheater. And take away from there indelible impressions of the once powerful and majestic era of the rule of the Roman emperors.
Coins dedicated to this architectural monument help us, today, to restore its appearance. First of all, the Colosseum was depicted on the sestertia of Titus. Thanks to the preserved copies, you can see that the third tier was decorated with elegant statues. To the left was an obelisk that had been specially taken out of Egypt for the occasion. 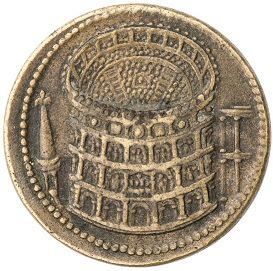 And on the denarius of Titus is an image of an elephant, which was brought especially for the opening of the Colosseum.

In modern numismatics, coins of the state of Niue are dedicated to the Flavian amphitheater. The set, released in 2014, features two coins. The first, 'Fortius', shows gladiators fighting. The reverse of the second coin - 'Citius' - bears the image of a Gladiator driving a chariot.

For any numismatist, a coin with a unique design, issued by the state of Niue in 2019 with a circulation of only 500 units, will be welcome. It has a stunning design with an antique quality finish. The face value of the coin is 10 new Zealand dollars, the material is 999 silver. To the delight of numismatists, some European countries have started issuing 'happy' banknotes with a face value of 0 euros. Among them is Italy, which printed a zero bill with the image of the Colosseum in 2019. The reverse side shows recognizable symbols - Eiffel tower, arc de Triomphe and other attractions against the background of the enigmatically smiling Gioconda of the great and unknown genius < a href='https://hobbykeeper.com/ru/articles/genij-na-vse-vremena'>Leonardo da Vinci. Despite the fact that the bill is printed on the same paper as other banknotes, has a protective thread and watermarks, it has no value-zero it is zero in Europe. 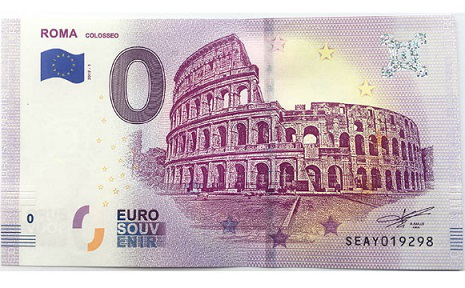 Fill your collection with the desired items coins, marks, postcards, banknotes, pictures You can do this by registering personal account HOBBYKEEPER ONLINE. In the digitized version, your archive will not be afraid of any fires or earthquakes. You will have access to your favorite meeting anytime, anywhere thanks to mobile version of the program. Take your favorite collection with Hobby Keeper!
Translated by Yandex.Translator