Ancient Rome: when the past becomes the present

numismatics philately procardia cities
Rome, the famous city on the seven hills, has been known to mankind since ancient times. It was here in the 8th century BC that the brothers Romulus and Remus shared the skin of an unkillable bear (or wolf, hmm), deciding whose name the still-defunct city would be named after. As you know, Romulus stained his name with the blood of fratricide, which, however, did not prevent him from naming the new settlement after himself, his beloved. 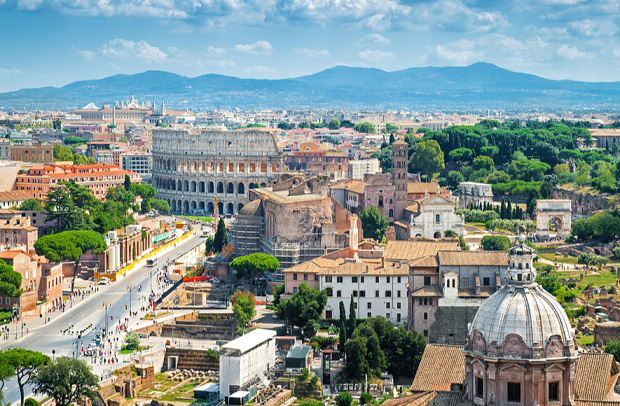 Since then, the city has grown and turned into one of the pearls of civilization. Many modern terms and concepts came to us from Ancient Rome, surprising and delighting contemporaries. Road signs ('milestones'), caesarean sections (it was Caesar who decided that women who died in childbirth should be opened to save the newborn), sewage, water supply and hypocausts (Central heating) - today it is impossible to imagine without these achievements of humanity. 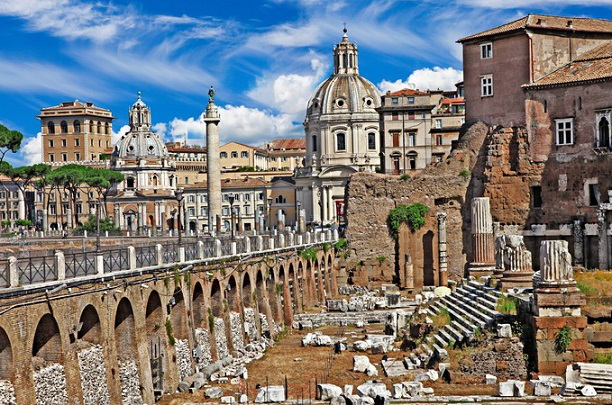 And, of course, it is difficult to overestimate the role of Ancient Rome in numismatics. The coin system of Ancient Rome gave an impetus to the development of monetary relations in many countries of Europe, Asia Minor and the Middle East. Roman proto-coins - Aes rude-looked like raw bronze ingots without any signs of value and date of issue. They date from about 3 thousand BC.
The idea of standardizing money came to the ancient Romans around the 4th century BC. e. instead of AES rude unmarked come Aes signatum. The name itself in Latin means 'having a sign'. Indeed, these pieces of bronze already had a certain weight and quality, which was indicated by a stamp.

The first round cast coins were most likely spied by the Romans in ancient Greece. The weight of one AES Grave on average was about 300 grams of bronze, which, of course, did not make such a trifle suitable for carrying in your pockets.

Therefore, in the 3rd century BC, a new coin system was introduced in Rome, thanks to which the weight of coins was reduced by 10 times. The material for coining new denarii was not only bronze, but also cooler metals-silver and gold. The obverse usually bore a portrait of the Emperor of Rome, while the reverse was occupied by deities and animals, as well as a mark on the coin's face value.

The world owes the word 'coin' to Ancient Rome. After all, the workshops where Roman money was minted were located on the territory of the Capitol - one of the seven famous hills. There was a temple of the powerful goddess Juno coin ('Warner') - the patroness of the family and women. Her image was minted on numerous coins, and often the material for them was pure gold. 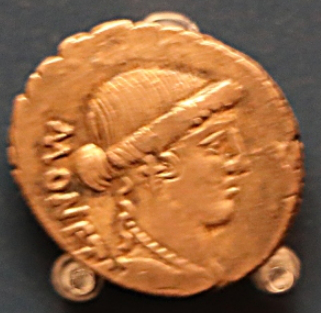 This is where the legendary 'sacred birds' - geese intended for sacrifice to the goddess, which in 390 BC saved Rome from the Gauls. Their numerous images are minted on coins of Canada, Russia, the Republic of Belarus, and the Falkland Islands. 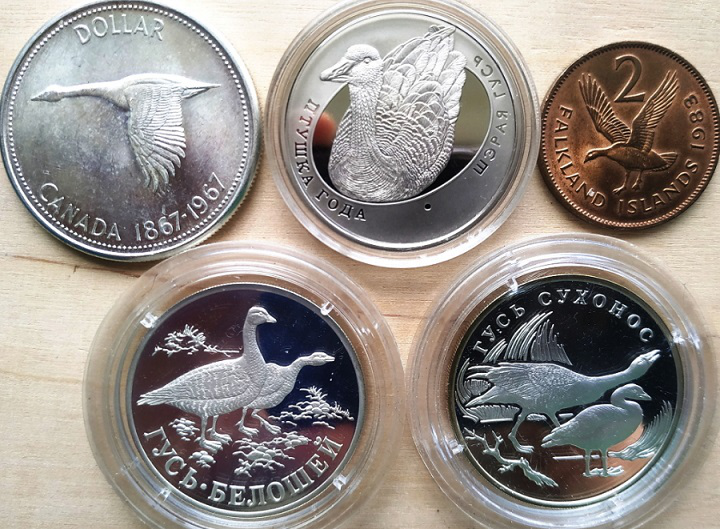 The ancient Romans were masters of more than just money. In love Affairs, he was also very successful. It was considered a good omen to hang phallic symbols on the house. And to visit the brothels, which were plentiful in the city, they even minted special bronze coin-shaped tokens-spintrii. They depicted erotic scenes, the characters of which, by the way, were not only representatives of the human race, but also fauna, as well as mythological creatures. Every self-respecting brothel had hundreds of these coins in use. Choosing a picture and exchanging Sentria for money, the visitor clearly gave to understand exactly what and how he wants. 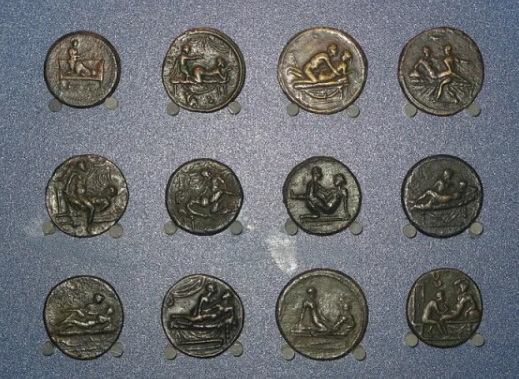 The history of Rome covers a period of more than 3 millennia. At this time, Rome conquered and was conquered, established laws, many of which have survived to this day. Superficies and concubinates, fictions and 'lying inheritance' - these concepts are also applicable to modern legal relations in society.
Ancient Rome gave its contemporaries not only the reception of legal relations. For many, it is a model of recreation and entertainment culture. Of course, Gladiator fights that took place in Colosseum, in their original form by modern civilization are unacceptable. However, their echo can be seen in the Greco-Roman struggle. And what else, if not a projection of chariot races, are today's horse races on racetracks?
Israel post has dedicated three bright stamps to this theme, which depict some scenes from the life of the ancient Romans against the backdrop of arenas.

Collectors of postcards, of course, are aware of the process of creating special color images Photochrom, which was used by the creators of philocartic products in the 19th century. Chromolithography allowed you to colorize ordinary black-and-white photos, turning them into bright postcards. It's hard to believe, but this unique set of postcards with the ancient sights of Rome depicted on them was released in 1890! 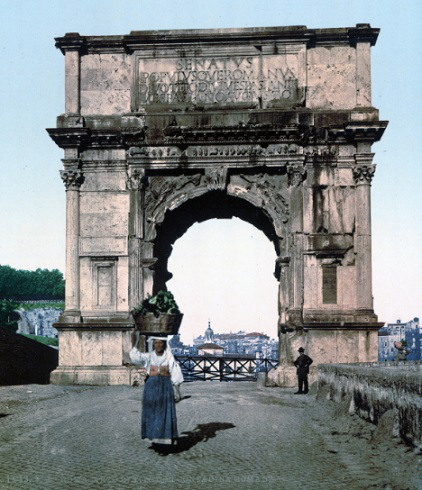 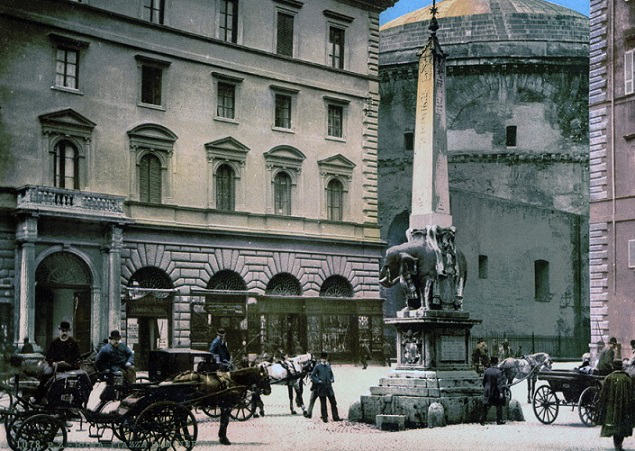 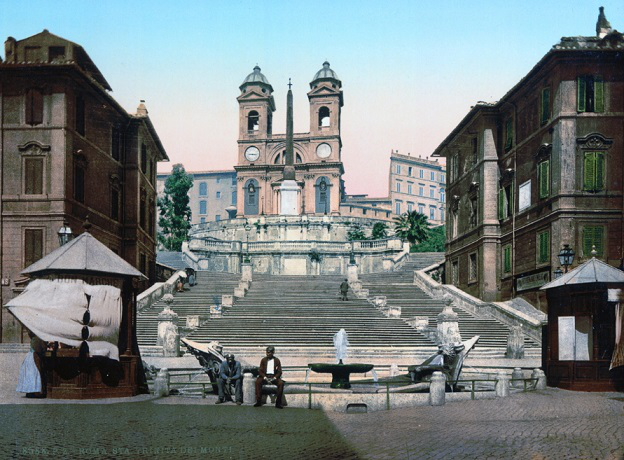 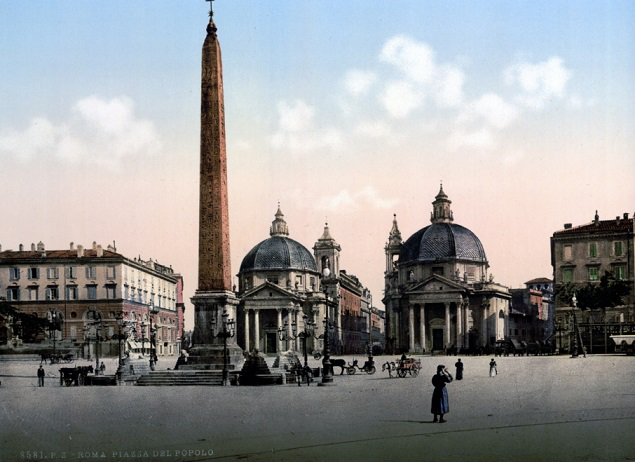 An excursion into the past is always extremely interesting and instructive. Especially if we are talking about such a highly developed civilization as the ancient Roman one. Numismatics keeps alive the memory of those glorious years, allowing us, today, to touch the history and learn the truth of human relationships thousands of years ago.
Build your collection coins, marks, postcards, banknotes, paintings using a program for collectors HOBBYKEEPER ONLINE. Access to the digital archive is possible from any mobile device 24/7 thanks to the adapted version programs.
Take your favorite collection with you and travel around the world with hobby Keeper!
Translated by Yandex.Translator