What I wanted to tell the world the Great Mute

numismatics philately personalities
Incredibly touching, naive and simple form of a Tramp, by which we know and love Charlie Chaplin was loved by the audience not just. Each finds something different and close to his heart and infinitely dear, though to say what it is, nobody can.
The way Chaplin was born on the move, he gave him the elusive collective traits of people he met on his life's journey. Absurd and comical, he shouts to the world about the love, loyalty and infinite goodness, who by virtue of life circumstances sometimes have to take a variety of forms. 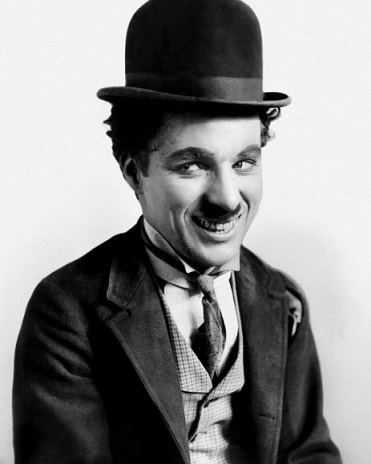 Born into a family of professional variety of actors, little Charlie knew from childhood stage. He quickly realized that like the changing audience, and further generous gifts to the audience a charming smile, the apparent naivety, the naivety in passing, giving, however, to feel the breadth of his soul.
Charlie Chaplin drank in his lifetime all. At the age of 12 he lost his father (Chaplin Sr. was drinking and died when he was 37 years old), mother was seriously ill, and then lost his mind. Charlie and his younger brother sid was in the workhouse, where he learned what poverty and hunger.
Innate artistry Chaplin had allowed him to choose the path of life. After working in the print shop, newsagent, a physician assistant, a 14-year-old boy was lucky. He got a permanent job in the local theatre and even got a small role of the messenger in the play 'Sherlock Holmes'. 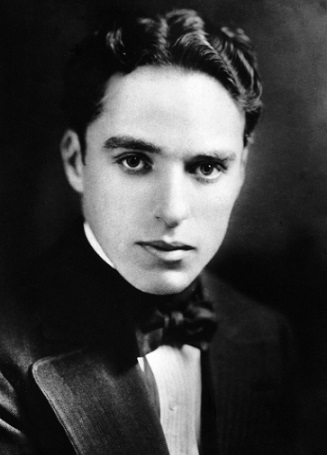 If you really want something and clearly see the goal, then you have 100% succeed. Charlie Chaplin loved to act, and that was the key to his successful growth as an actor. Then there was a theatrical company Fred Karno, where the comedic talent of the actor blurted out in numerous sketches and MIME.
Who would have thought that in the film the way Chaplin began with catastrophic failures. If you look at his first works, filmed at the 'Keystone Studios' Mark Herself, we won't see touching the Bum. Chaplin came this way from, initially his role was rather rude and didn't contain any subtext. 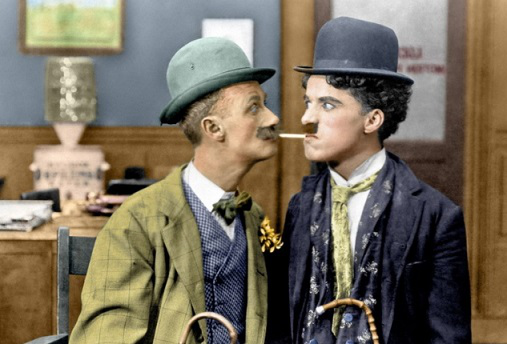 We see two different Chaplin. First, he is a cunning hunter of fortune and ladies ' man, but, over time, the image of the actor changes and acquires a delicate tragicomedy, which strikes the viewer at the heart of... 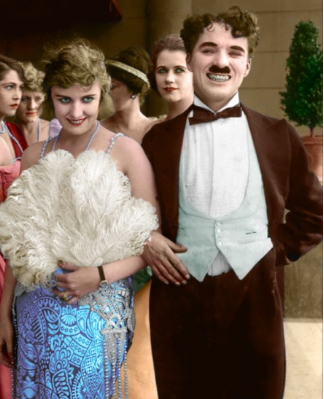 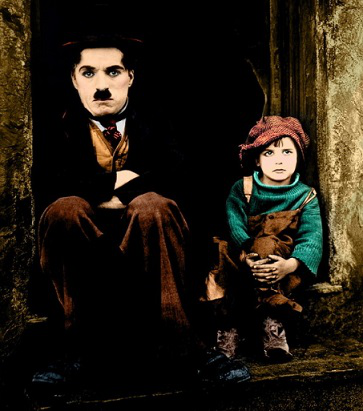 His quirky gait cannot be confused with any other. These comical-cheeky steps displayed on the original rectangular coin minted by the Australian Perth mint by order of the Government of Tuvalu. Commemorative silver coin dedicated to two anniversaries: the 125th anniversary of the birthday of the comedian and the age-old anniversary from the date of its appearance in the film. On the reverse You can admire the famous Chaplin's famous walk, which is displayed here with the use of lenticular lenses. If you turn the coin at different angles, the impression is that Little Tramp moves: Anyone who has ever watched 'big city Lights', will never be able to forget the magical feeling of expectation of a miracle occurring when viewing. An incredible optimism and touching Comedy of certain situations (remember even his 'fight' in the ring, or lunch with a millionaire) it is impossible to forge, this little man just lives in the frame! And, of course, to tears by the beautiful final scene of a meeting of a Tramp with a recovering flower girl. What, in Your opinion, should be a continuation of the successful relationship of a young beauty and a miserable poor Tramp with a huge heart?.. 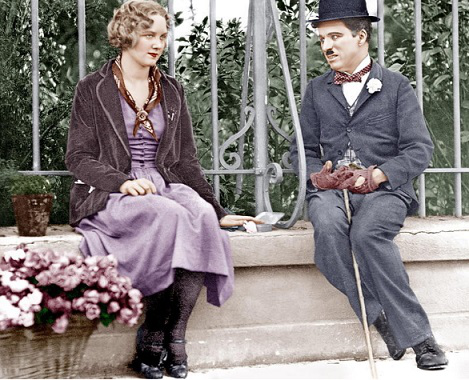 Creativity Chaplin did not prevent the Great Depression that broke out in the US just in time for work on a film, or litigation associated with Hobbies Chaplin the opposite sex. And today the story told by the Great Mute, close and loved us, as if they were taken from the life of everyone.
The way Charlie Chaplin played at the Gibraltar 1 crown, released in 1996: 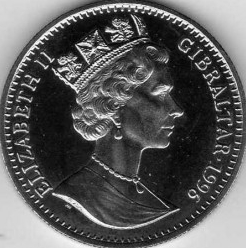 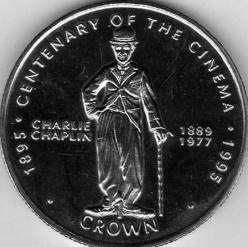 and the Tramp can be seen on the reverse of the 25-dollar coin of Tuvalu, made of pure gold in 2014 to the 100th anniversary of the appearance of this image on the screen: 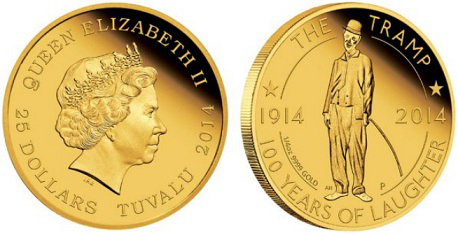 Without makeup, in her own guise, Charles Spencer is depicted in the Madagascar Marche 2014 release: 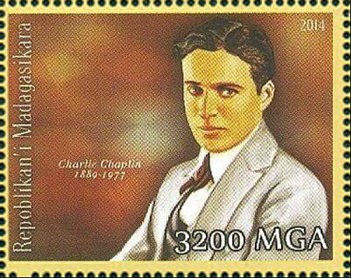 and the world of philately: 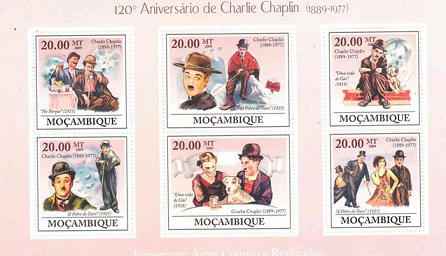 Although preference is given to a silent movie, Chaplin heard. His image has become the object of imitation and pantomime recognized and loved by millions of viewers. If in Your collection there are specimens on the Great Silents, use for collectors HOBBYKEEPER ONLINE. With its help, You can create a personal accountwhere will be stored securely these and other favorite exhibits.
With mobile applications You can always take a digital archive, without concern of damaging or losing the priceless coin, a stamp, a postcard, a bill and even a picture.
And let favorite collection will always be at hand!
Translated by Yandex.Translator