Vladimir Vysotsky: 'I don't lie with one letter'

personalities numismatics philately
I would like to give you an opportunity to talk about Vladimir Vysotsky... to Vladimir Semyonovich himself. His poems, songs, roles - in them he is like an open book. Just listen and you will discover the amazing depth of the human soul. The lines of his poems come from the heart, in them-the very Truth. They are simple and recognizable. You wonder how this can be , because yesterday you thought about it yourself. 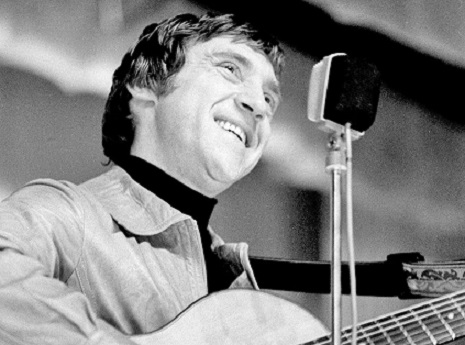 Even if you've never listened to Vysotsky, you probably know his 'I don't like' or 'Thank you for being alive'. His principled, cutting phrases went against the bland Soviet slogans 'Proletarians of all countries, unite' or 'peace to the World'.
'Poets walk with their heels on the blade of a knife and cut their bare souls into blood' - shouted Vysotsky, meanwhile, while 'scum and greyness' drank wine 'from other people's glasses'. Inconvenient, hooligan, but with a surprisingly sensitive soul open to the world, the person did not fit into the established way of life. This is the secret of Vysotsky's popularity. This is the reason for the system's rejection of it. 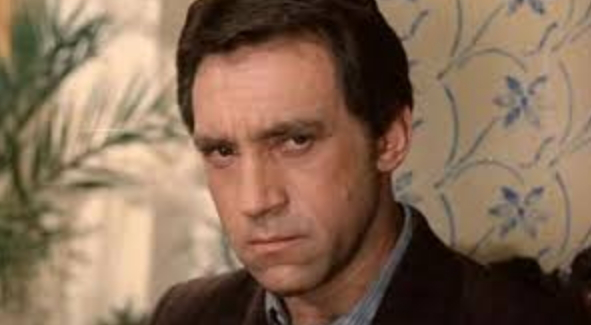 I'm not a fan of the thug genre. And Vysotsky began to write in this direction. His early works - 'Tattoos', for example-were written under the influence of the yard company on Bolshoy Karetny. The audience there was different-from the burned-out students to the repressed intellectuals who passed the camps. Therefore, Vysotsky was well acquainted with the prison theme, although he never participated in 'thug' cases.
Perhaps this is why some of Vysotsky's poems are not perceived as a revelation, at first they are seen only as a farce. 'The soul of bad society', 'your own man at the savages and pluckers' - thug bravado scares and irritates. 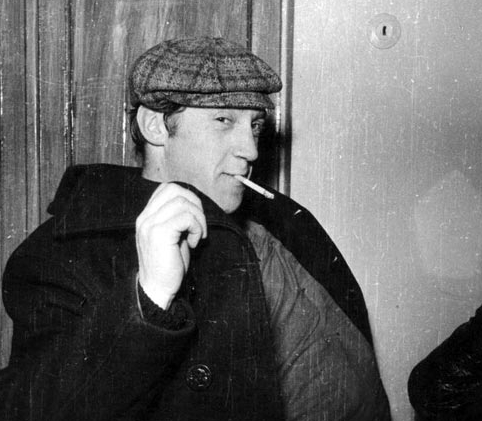 However, in 60-e years Vysotsky wrote and 'mass graves', and 'Penal battalions'. 'And if you don't catch a lead in your chest / a Medal on your chest will catch 'for bravery' - it's just hard to believe that the authorship belongs to the 'soul of a bad society'!
According to researchers, already in 1965, Vysotsky's work leaves the prison-camp theme. Obviously, the author simply outgrew it, which, by the way, caused misunderstanding and even rejection of some close friends (for example, former Mkhatovsky teacher Vladimir Semyonovich, a well-known human rights activist and dissident Andrey Sinyavsky). 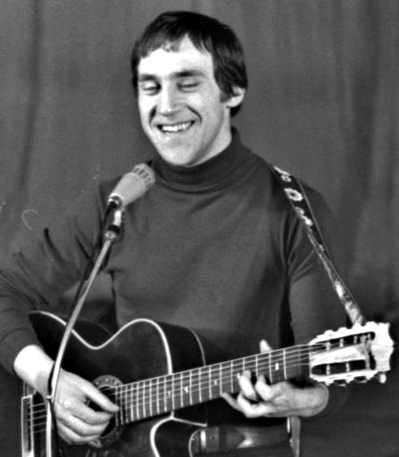 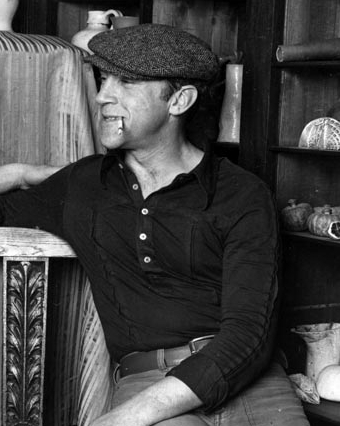 If Vysotsky's prophecies about 'big changes' came true as it is by 200%, then Vladimir Semyonovich did not guess with one. 'I won't be minted anyway / on coins instead of the coat of arms' - in 2018, the Central Bank of Russia issued commemorative silver coins dedicated to the actor and poet. The reverse shows a portrait of Vysotsky with a guitar in his hand against the background of horses rushing into the distance. There were two issues-in January and August, dedicated to the birthday and anniversary of the death of Vladimir Semyonovich. 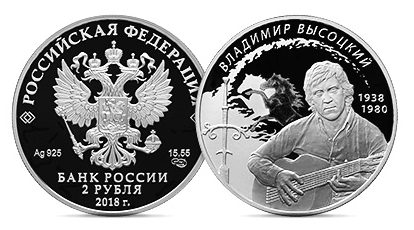 An intelligent and smiling man on a 1000-franc coin of the Republic of Benin is also Vysotsky. In 2015, in the series 'Famous people'15 thousand silver coins dedicated to the memory of the poet and artist were minted and put into circulation.

Even if not in' yellow, hot Africa', but also in no less distant countries - such as Australia and Oceania - know and honor Vysotsky. In 2010, a limited edition of gift silver coins was printed in the amount of 1,938 copies (according to the year of the poet's birth). 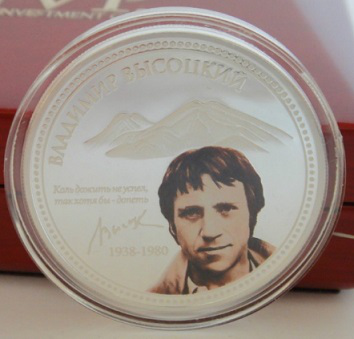 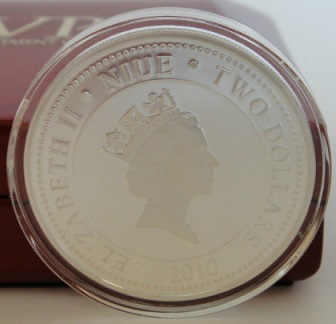 In 2013, Vysotsky United the talents of different countries in creating a space bas-relief 'world Cup', which is implemented by the international Association of the same name. The synergetic composition is intended to perpetuate the memory of the great poet. Its copies are installed in important cities for Vysotsky-Warsaw, eberswald, as well as Riga, Yerevan. 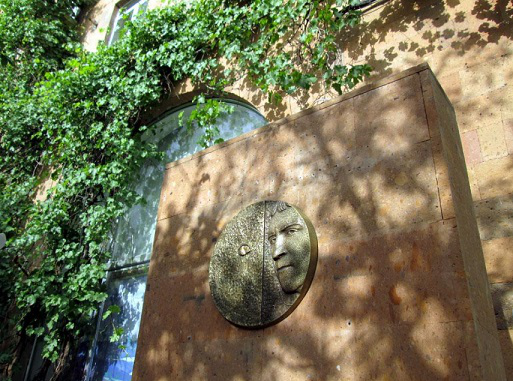 And the image of the space bas-relief is applied to postage stamps issued in Riga in limited editions of 35 and 55 centimes. In 2015, Armenia issued a commemorative stamp dedicated to Vladimir Vysotsky. 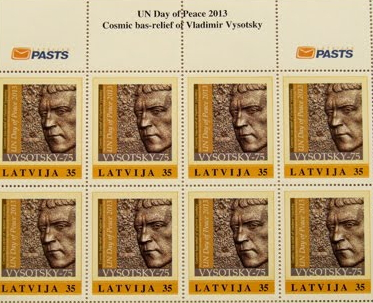 But with the issue of commemorative stamps in the USSR, something unexpected happened, although quite predictable. In 1988, a postage stamp based on a sketch by the artist V. Koval with a portrait of the poet was to go into circulation. However, the highest party and bureaucratic authorities at the last moment banned circulation, guided by ideological considerations. The eternal questions of existence that Vysotsky touches on in his many poems and songs, he tries to solve with the help of love and morality. Although his call for a' reckless fight ' is constantly heard for those 'who are not aphids', Vladimir Vysotsky is basically an incorrigible romantic. Perhaps this is the answer to Vysotsky's secret, because he 'Has something to sing, presenting himself to the Almighty'. 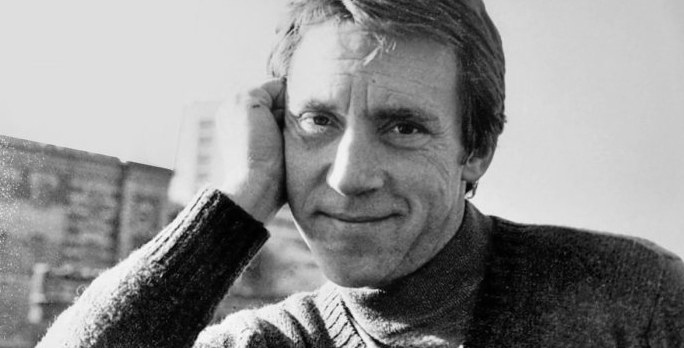 Save your collection coins,  brands,  postcards,  banknotes,  pictures  in digital form thanks to the program  HOBBYKEEPER ONLINE. The service allows you to have permanent access to collectible copies, keep records, and add an unlimited amount of material.
HOBBYKEEPER-your favorite collection is always at hand!
Translated by Yandex.Translator