Vivien Leigh: the price of success for a Hollywood legend

numismatics philately personalities
A surprised arched brow, jet-black curls, plump lips, and cold, beautiful eyes-such a heavenly creature is presented at the mention of Vivien Leigh. Behind the angelic appearance and doll face is hidden a huge talent of the dramatic actress, which is revealed to everyone who has ever watched a movie with her participation.
And, what can I hide, probably each of us at least once in our lives uttered the famous phrase Scarlett O'hara from the Hollywood masterpiece 'Gone with the wind': 'I'll think about it tomorrow'. 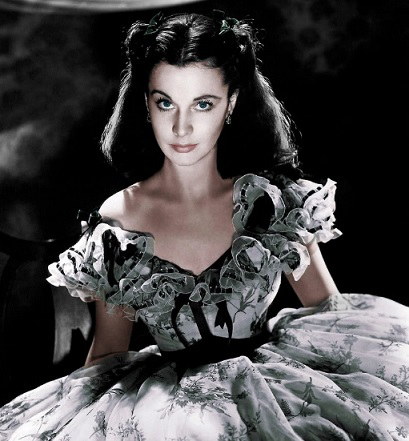 The decision to become a great actress came to Vivien in early childhood, when she was in lace pants, standing on a stool, performed in the home theater and read simple poems, causing universal affection. 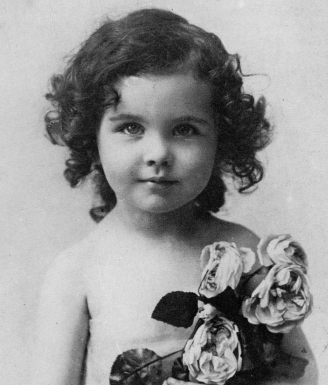 London's Royal Academy of dramatic arts, presumably, was supposed to be a further step in honing the acting skills of the future Hollywood legend. However, fate decreed otherwise, pushing the nineteen-year-old beauty to marry. However, she quickly tired of family ties. Her husband was against a theatrical career, while Vivienne just dreamed of the stage. 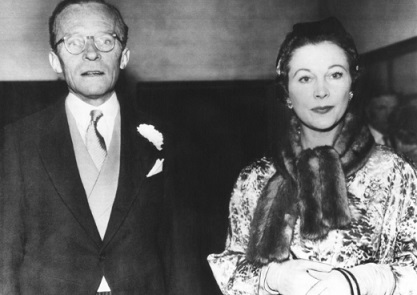 The girl miraculously combined tender sensuality and inner strength, and, probably, this helped her, beating 1400 applicants, to get the main role in the famous 'Gone with the wind'.
After all, the heroine of the film Scarlett O'hara was the personification of the American dream: resilient, resourceful, unyielding in the face of adversity, like a Phoenix, rising from the ashes every time after life's upheavals. 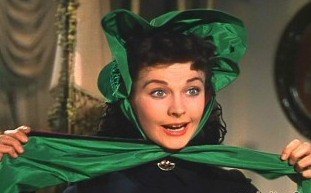 'As God is my witness, I would rather steal or kill than starve!'- against the background of decent gossips of the late 19th century, Scarlett was so bright, real, filled with a thirst for life! And Vivien Leigh, the actress of the cold British nation, managed to perfectly play a girl of southern blood. Americans, who zealously followed the selection of artists for the epic, accepted it and fell in love with it, and began to consider it their national treasure. 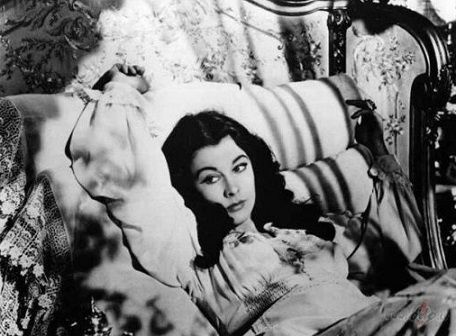 Vivien could equally well portray a young, flighty beauty, a strict lady with a tragic past, an elderly woman with a distraught mind... For the roles of Scarlett and Blanche Dubois (drama 'Streetcar ' Desire') she won two Oscars. But, in addition to awards and worldwide fame, the profession gave Lee a husband, a famous Director, actor, handsome and dandy Laurence Olivier.
Vivien described her relationship with her second husband in one sentence: 'I would rather live a short life with Larry than a long one without him.' The star couple were together for twenty years and starred in films together, although critics recognized that Lee's game and talent often surpassed Lawrence. We must pay tribute to the wisdom of the actress - she never showed any sign that she knew this. Winston Churchill himself, after viewing the painting 'Lady Hamilton', admired the English prima and began to invite the couple to various social events. 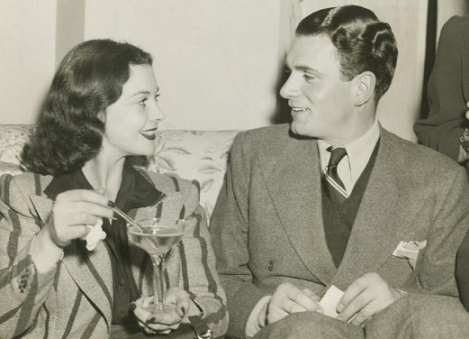 Everything has a price, and Vivien Leigh paid for her talent and success with her health. Gradually, her psyche, unable to cope with emotional stress, weakened. She began to have tantrums right on the set, which is why the Directors were reluctant to cooperate with the actress.
The fame of the flighty star was firmly fixed on the most beautiful woman, adding to her already weakened health; in addition, she was completely exhausted by the insidious tuberculosis. Vivienne and Olivier's marriage is bursting at the seams. Lawrence, unable to withstand the frequent attacks of his wife, ran away to a young passion, and Vivien was left alone with her misfortunes. Despite her husband's betrayal, she signed her name as lady Olivier until her last days and always spoke warmly of her former husband. 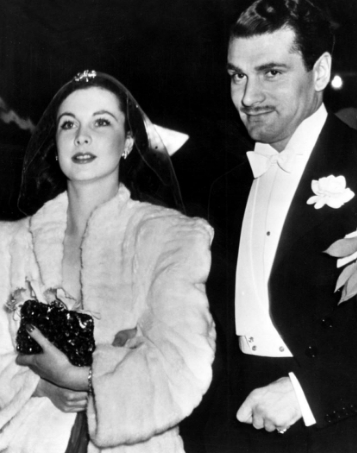 The sunlight faded for the most beautiful actress of the century on a sad may morning in 1967. 'Life is so short to work so hard.' These words contain not a complaint, but a great weariness. Vivien Leigh was tired of the endless celebration of being, and for the diva, life changed its scenery for the last time, giving her eternal peace behind the curtain... 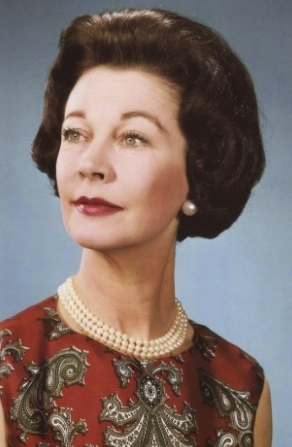 Coin Invest Trust company for the centenary of the birth of the actress in 2013 released a silver coin from the series 'Legends of Hollywood'. The Issuer is the government of the cook Islands. The coin's face value is $ 5, weight-25 grams, and circulation-1913 pieces. On the obverse is a portrait of Queen Elizabeth II of great Britain, and in the center of the reverse is the incomparable Vivien Leigh. Instead of an earring, the coin is interspersed with a colored crystal insert. 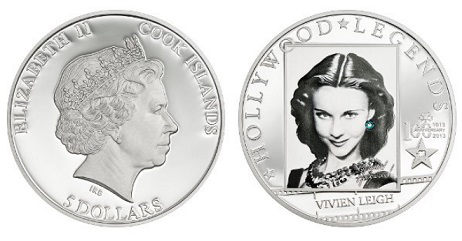 The Australian mint of Perth minted a coin dedicated to the 80th anniversary of the famous film; 'Gone with the wind'. The face value of the silver coin is 1 dollar, and it was printed in 5000 copies. On the right side of the reverse, the film's 'business card' is depicted in color - Rhett Butler, bent over the head of Scarlett O'hara. 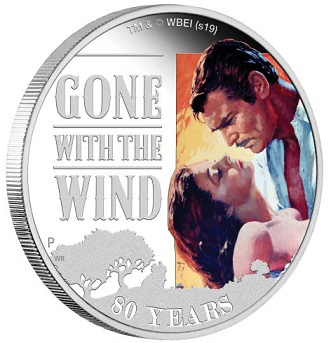 In philatelic products, the image of Vivien Leigh is represented by stamps and envelopes of the first day, which were produced by different countries of the world. The first stamp in this series was issued by the Postal service of the Arab Emirate of Umm al-qaywain (today the Emirate of the United Arab Emirates). This event occurred exactly 30 years after the release of 'Gone with the wind' - in 1969. The stamp shows the actress with her partner, Clark Gable. In 1990, the United States issued a series of 4 stamps, as well as a first-day envelope, dedicated to Oscar-winning paintings that received the prestigious award 50 years ago. Among them - the famous painting with Vivien Leigh 'gone with the wind'. In 1992, the Republic of Madagascar issued a bright series of postage stamps 'pop and film Artists'. The seventh stamp of the series as part of a separate block is a stamp-list dedicated to the film 'gone with the wind'. It depicts the main characters of the picture performed by the brilliant Vivien Leigh and Clark gable.
Evil tongues attributed the novel to actors who played passionate lovers too perfectly. In fact, they were far from a relationship in real life. Vivienne had a lover of her own - the brilliant Laurence Olivier, to whom she was loyal. And her partner had a wife. 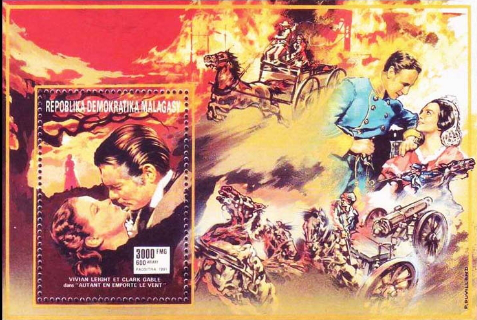 Save your collection coins,   brands,   postcards,  banknotes,   pictures   from evil tongues, eyes and hands will help the service  HOBBYKEPEER ONLINE. Create  personal account  and add an unlimited amount of material. In digitized form, Your archive will be available anywhere and at any time thanks to   mobile versions of programs.
'Wanting is not getting' - wrote the author of the novel 'Gone with the wind' Margaret Mitchell. However, she did not know that in 2019 we will create a unique service for HOBBYKEEPER online collectors, with which any desired copy can become part of Your collection!
Translated by Yandex.Translator