numismatics philately procardia cities
Yes, the most beautiful city in Italy - Venice-with its unique architecture and streets in the form of channels is slowly sinking under the water. Scientists estimate that in a hundred years, most likely, this place will be completely flooded with water. Neither drainage systems nor systematic reconstruction will help-under the onslaught of the tides of the Adriatic sea, Venice is slowly but steadily disappearing from the face of the Earth. 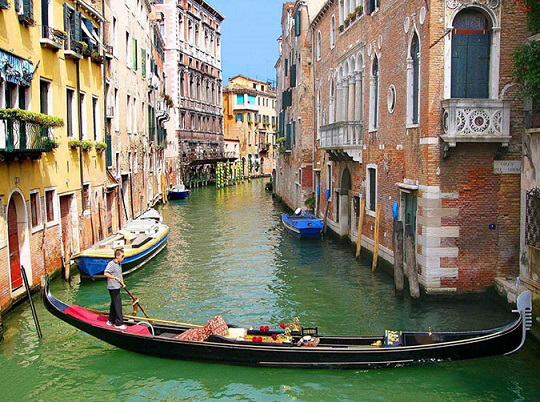 On this occasion, in 1973, Italy even released a thematic series of stamps 'Save Venice'. 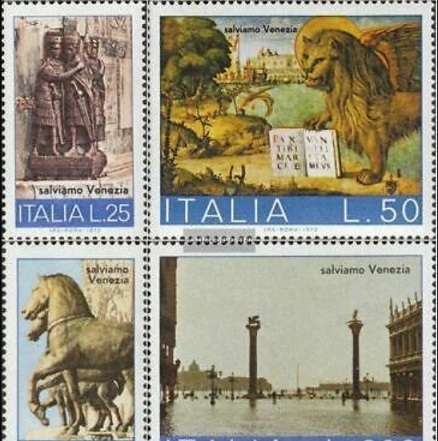 And it all started with the fact that under the onslaught of aggressive Goths, many residents of the province of Venice in 421 moved from the mainland of the North-East of modern Italy to the Islands. They learned to survive-to build homes on stilts that were inaccessible to barbarians, to fish and trade with their neighbors.
Persistently mastering a new life, the inhabitants of the Islands already in the 6th century became skilled sailors. So skilled that their fleet became the most powerful on the Adriatic, and Venice earned the right to enjoy trade privileges from Byzantium itself.
Significant trade routes passed through Venice, connecting East with West, from where Europe received spices, silks and coffee. This product in those days was valued more than gold. For it in the pockets of Venetian merchants settled very decent sums. 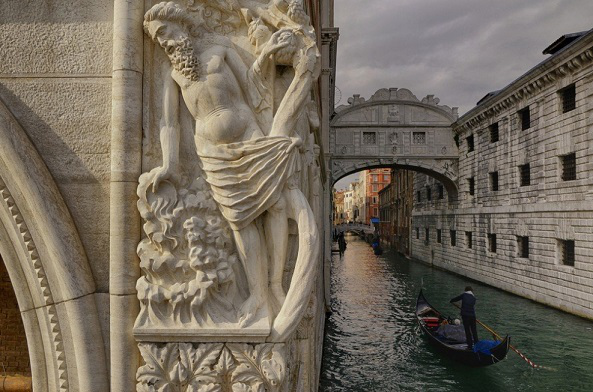 Since the 9th century, the Venetian aristocratic Republic combines the coastal Islands and becomes the mistress of the Adriatic region. During this period, the king of the Frankish state (which included Venice), Louis I the Pious, was actively reforming the state system.
It is clear that the purpose of his attempts was to strengthen the centralized power in the country. After the death of his father, Charlemagne, Louis dispersed all the courtiers he did not like, sent the sisters to the monasteries and took their numerous lovers into custody. Thus, he created the conditions for his further monarchical well-being.
The Remarkable portrait of Louis I the Pious is known art collectors. It belongs to the brush of the French artist, historian and lithographer Jean Joseph Dassey. 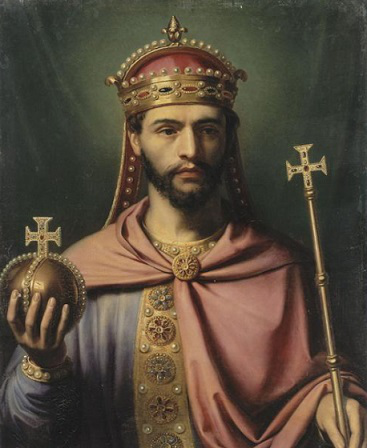 Among other things, he carried out a Pious and monetary reform. Thanks to this, the Republic of Venice began to mint its own silver denarii with the easy-to-read inscription 'VENECIAS' on one of the sides.
The huge trade and economic potential made Venice a powerful European state that ensured the monetary circulation of Medieval Europe, but what can I say, and the entire Mediterranean region as a whole. One of the first extant silver Venetian coins dates back to 819.

In the future, the position of the Republic of Venice only strengthened in the international market, and with it the Venetian monetary unit. To solve the problem of remelting silver coins (and this was common everywhere, for example, matapans contained almost 2 grams of high-grade 985 silver).

Venice took an unprecedented step at the time. At the turn of the 12th and 13th centuries, coins were minted from low-grade silver-quartarolo, whose nominal value exceeded the value of the metal contained in them.

The flood of gold into Europe as a result of the conquests of the Crusader knights was the impetus for the beginning of the issue of gold coins. They, unlike silver, met the growing needs of merchants. In short, in this case, trade was the engine of progress.
Venice, which at that time was at the peak of its heyday, in 1284 began minting its own gold coins. Their name - ducats-is well known today from films about pirates not only numismatists. Less the General public knows its second name - 'zechin'. 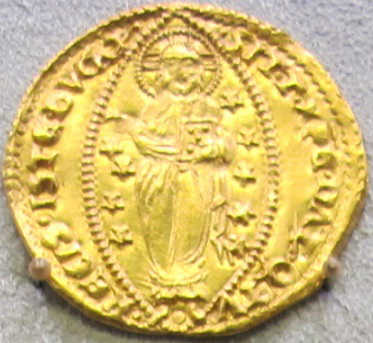 But let's not get too involved in medieval history. With the beginning of the Great geographical discoveries, the prosperity of Venice's neighbors - Portugal, Spain, and Holland-began to grow, having previously enviously watched the prosperity of the Republic.
By the 18th century, the former greatness of Venice was in the past, although the unique city on the water was famous for its traditional holidays, gambling and mass provision of intimate services. In 1797, the once proud Venice lost its independence, and Napoleon's troops entered the city. 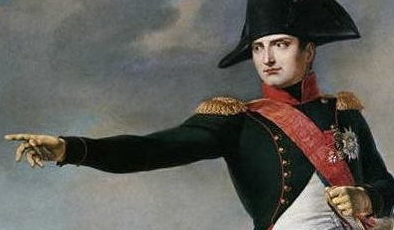 A new rise began only in 1869 with the opening of the Suez canal. Venice has become a departure point for travelers looking for adventure in the countries of the East. To this day, the city attracts many tourists who want to ride on traditional gondolas, admire the unique architectural monuments. Statistics call a fantastic figure - 17-18 million guests annually.
Users of the program HOBBYKEEPER ONLINE you can enjoy the beautiful scenery of Venice by scrolling through the online selection postcards with city views, 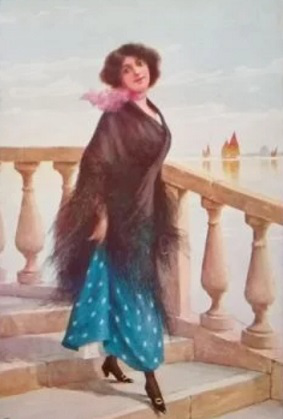 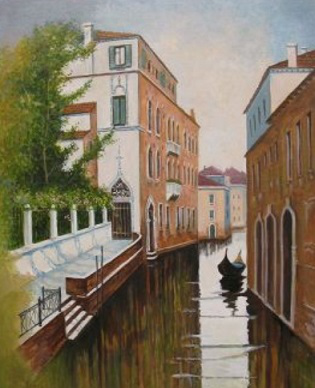 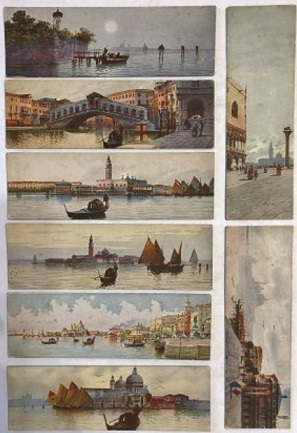 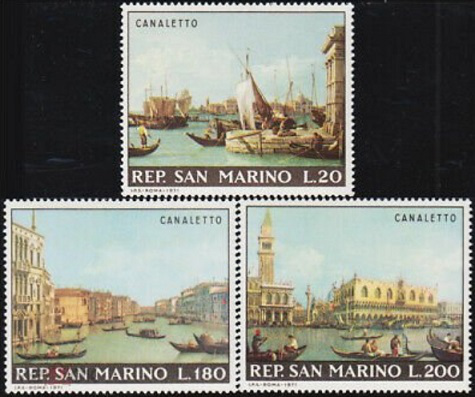 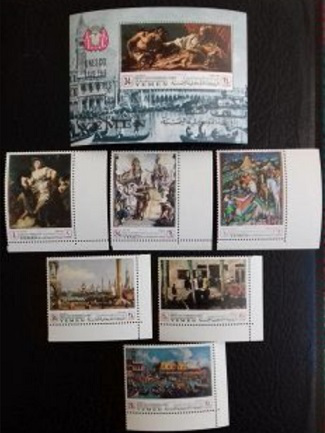 or thematic collection of paintings. The historic center of Venice is located on 118 Islands connected by 170 channels. You can ride on them in one of the 425 eleven-meter gondolas, of which there are exactly as many in the city and none more. If you are not confused by the fact that Venice is a city without sewage. Guess where all the waste goes?..
However, the most expensive city in Italy is Venice. You can visit this pearl of civilization together with the Hobby Keeper program for enthusiastic collectors coins, marks, postcards, banknotes, pictures. All you need to do is register personal account and select the activity you are interested in.
Take your favorite collection with you and travel around the world with hobby Keeper!
Translated by Yandex.Translator