The horses are red, but not dappled

philately personalities painting personal collection
One of the most striking examples of my collection of paintings is a series of stamps dedicated to the 100th anniversary of the birth of the famous artist Kuzma Petrov-Vodkin. Wikipedia calls it both 'Russian' and 'Soviet', which is strongly confirmed by the biography and work of the painter. Being a native of the common people, even his surname Petrov-Vodkin preserved in its original form, in which it was inherited from his grandfather.
Indeed, the uncomplicated 'Petrov', reinforced by the 'Vodkin', which gives room for imagination, repeatedly played a cruel joke with the artist. But even in his heyday, Kuzma did not forget about his roots. 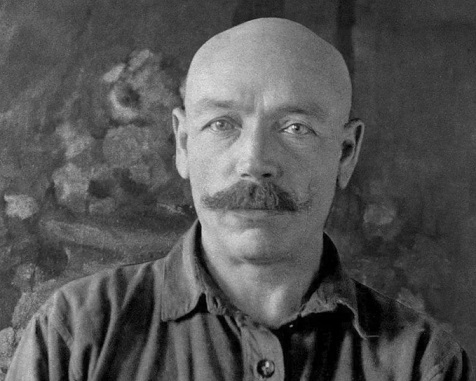 He was disgusted by the ostentatious pomposity of homegrown intellectuals who thought of themselves as the elite bohemians of society. When, wanting to become 'one of the pack', the young Petrov-Vodkin tried to establish communication with the famous artist Alexander Benois, in response he heard only a mocking: 'What kind of name is Kuzma? A last name ‒ Vodkin?!'and received a recommendation to go to the shoemakers.
Realizing that he is a stranger at this celebration of life, but not particularly upset, Petrov-Vodkin chooses his own path. Both in life and in art. An indelible impression on him was made by icon painting, the basics of which he learned as a child thanks to familiar church icon painters. We can see her features in many of the artist's paintings, which have a unique charm and sophistication.
Having tried to paint icons, Kuzma soon realizes that he will not be able to make a bogomaz-the images of saints were too bold and lively from under his brush. And he goes to the painters. 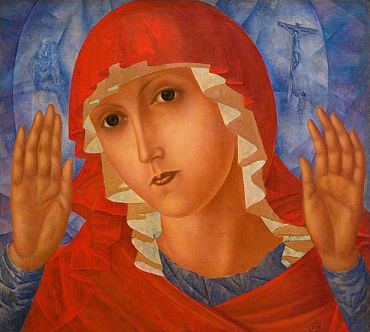 Combining iconography with the ease of Impressionism Monet, as well as borrowing all the best from the masters of painting of the Great Renaissance, Petrov-Vodkin paints his portraits, still lifes and landscapes. It is impossible to take your eyes off the full-life portrait of his patron Yu. I. Kazarina, 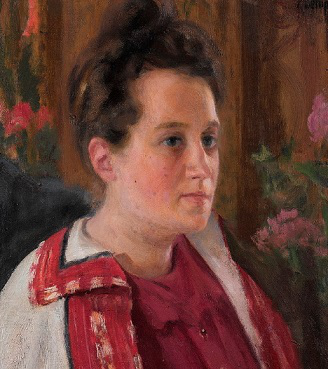 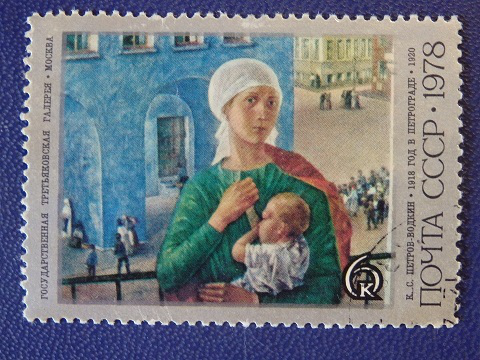 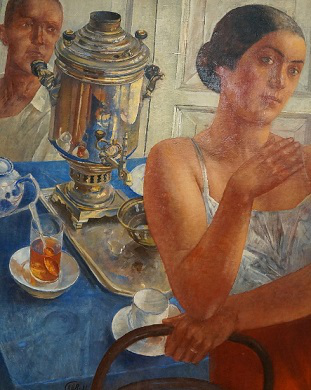 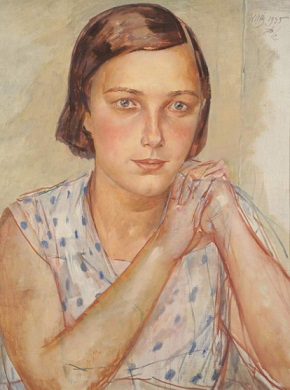 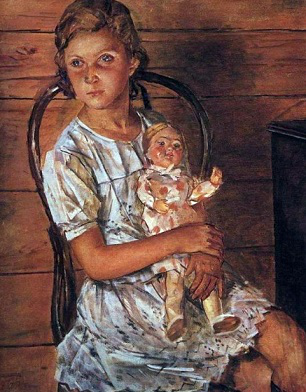 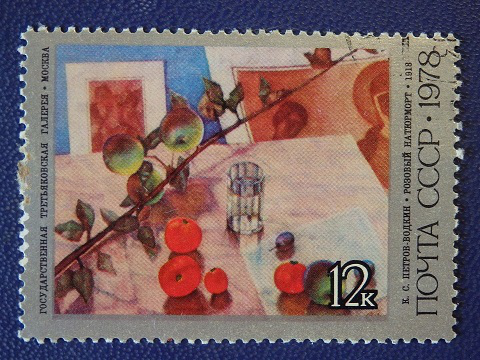 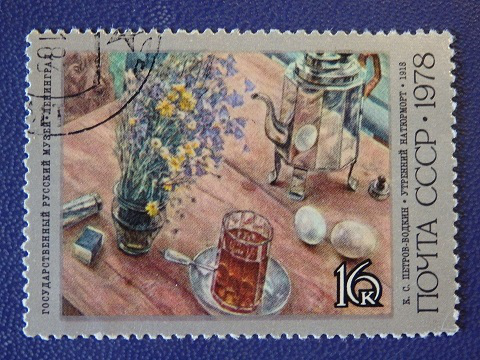 But with one voice, all critics put in the first place the picture 'Bathing the Red Horse', written by the artist in 1912. It is attributed almost magical power, because through the image of the red horse, Petrov-Vodkin managed to predict a series of bloody events that will befall Russia in the near future. First ‒ the massacre of the First World War, and after the whirlwind of revolutionary events ‒ such a future for his homeland was predicted by a gifted artist. However, Petrov-Vodkin himself did not initially plan anything like this. According to him, 'Bathing' was conceived as bathing, and the prototype of the horse was 'a bay horse, old, broken on all legs, but with a good muzzle', which was in the village. But what was written did not suit the author, and he destroyed the prototype of the famous painting without hesitation. Only after seeing the Novgorod iconography, with its characteristic brightness, which did not obey either time or space, Petrov-Vodkin realized WHAT his horse should be like.
And in 1912, the world saw a huge red horse, the color of which was similar to the color of the stallion on the icon of the Archangel Michael ‒ all-consuming, offensive, and impossible to stop. The author used here another technique, the authorship of which is attributed to him. We are talking about the spherical perspective that Petrov-Vodkin discovered after visiting the crater of Mount Vesuvius. At his own risk, despite the protests of the guide, Kuzma was still able to look inside the earth's firmament, and returned from the top shocked, knowing the secret.
In his subsequent paintings, Kuzma not unsuccessfully tries to convey the connection of man with the planet Earth, depicting its roundness, contrasting with the angularity of the characters in the foreground. 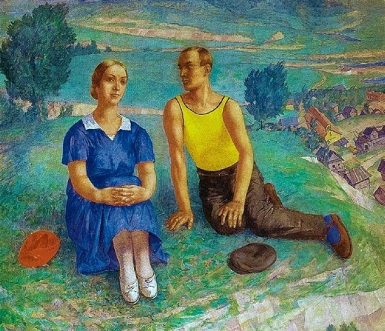 With the light hand of Ilya Repin, who positively characterized the work of Petrov-Vodkin, critics with one voice began to call it nothing but 'talent' (replacing the original 'ignoramus'). His paintings, full of realism and, at the same time, some unearthly elation, are remembered at first sight and forever.
Philatelists and connoisseurs of painting will certainly be interested in the collection of his paintings in miniature, which was published in 1978 with a circulation of 7,400,000 copies in the form of notched stamps on coated paper. Among them is the famous 'Bathing of the Red Horse', which has preserved the name of Kuzma Petrov-Vodkin for centuries. 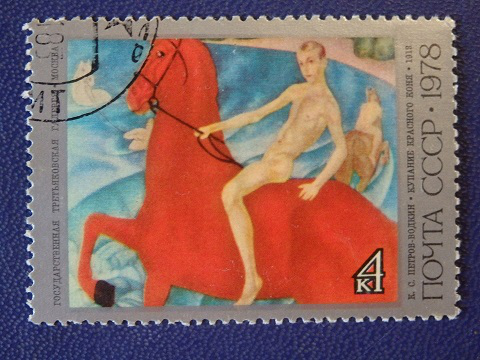 You can save and multiply your online collection brands, pictures, and coins, postcards and banknotes using the HOBBYKEEPER ONLINE. The convenient functionality of the program allows you to quickly keep records of all transactions, add your favorite and rare copies to your online archive, their descriptions and interesting information, share links with friends. Create personal account and your favorite collection will always be at hand from any mobile device thanks to the adapted version programs.
Join us, and the impossible will become possible, and the inaccessible will become available together with Hobby Keeper!
Irina I.
Translated by Yandex.Translator