philately history personalities
The airship left a huge mark in the history of space exploration. With these giants the earthlings made the first confident steps in the sky, carrying postal cargo, carrying out scientific research flights and passenger traffic. However, like the dinosaurs, these flying machines had vanished, replaced by a more reliable and progressive machines. But the company airship justly be called the Dawn of the space prior to Gagarin's flight. 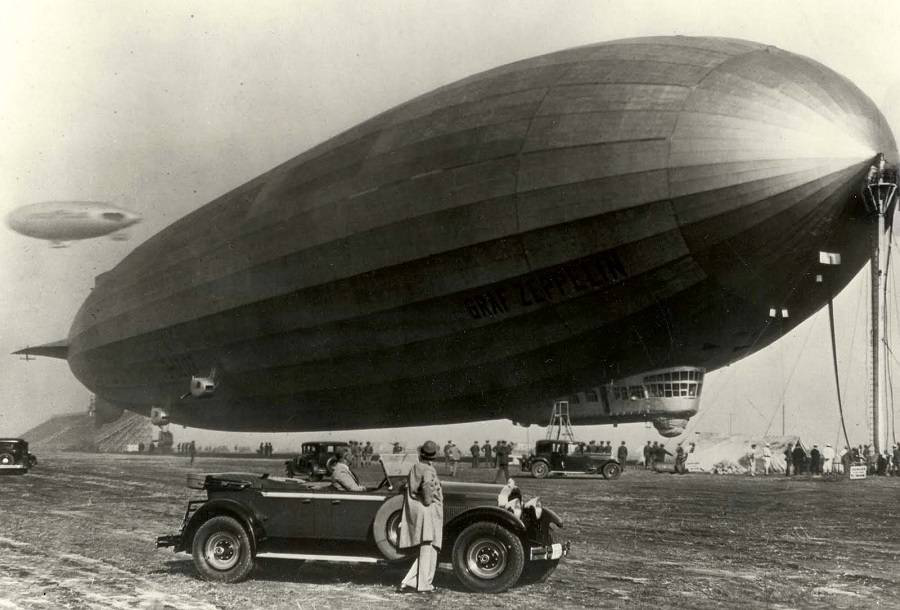 The first airships took to the skies in the mid-NINETEENTH century and for a century managed to significantly grow and improve. The most famous is a passenger balloon, named after its Creator - 'Graf Zeppelin'.
Count Ferdinand von Zeppelin first flew in a hot air balloon at the age of 25. Since then, he realized that it would be to fly all my life. Being a professional soldier and serving in intelligence during the Franco-Prussian war of 1870-1871 years, he first proposed to observe the enemy positions with the help of balloons. Subsequently, this function was successfully fulfilled the airships. 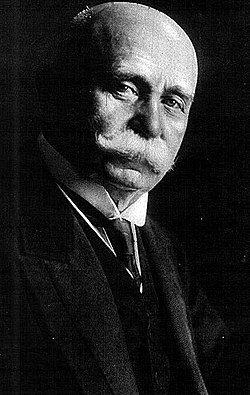 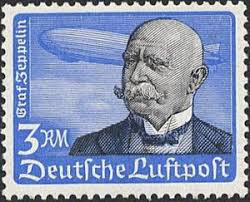 Constantly improving their aeronautic devices, von Zeppelin is developing a new model. In the summer of 1908 makes a triumphant flight over Switzerland his airship LZ-4, for the first time in the history of taking on Board parcels. However, at the end of the flight the aircraft explodes. Despite the fact that the path to success ran through disasters and financial problems, Zeppelin marched confidently towards his dream. 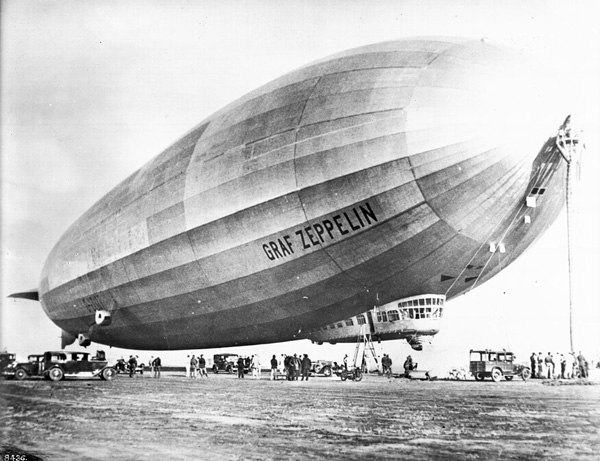 The most famous machine, named after von Zeppelin, the airship is a rigid structure of LZ-127 'Graf Zeppelin'. Associated with it is first round the world flight, perfect for the route Friedrichshafen - Berlin - Konigsberg - Moscow - Vologda- Ust-Sysolsk - Yakutsk - Nikolaev-on-Amur - Tokyo - Los Angeles - Friedrichshafen. This whole fantastically a long way (more than 33 thousand km) aerial vehicle done in just 21 days!
Were also circular flights to South and North America, and the international Arctic expedition. The latter, incidentally, later turned out to be not so much a scientific as having for its purpose the gathering of intelligence about the Soviet sector of the Antarctic. 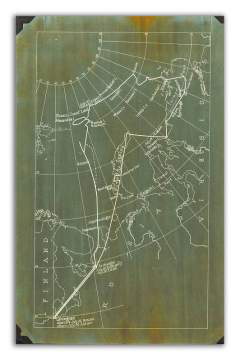 Mail that was transported by air giants, were delivered much faster. The fact that the letter made its way through the air, became the pride of the recipient. To distinguish this envelope, it was possible with print special postmark, which correspondence was extinguished on Board the Zeppelin. And some countries have even issued for the occasion a series of postage stamps.

Particularly loved by the philatelic series of stamps of the United States '1930 Graf Zeppelin stamps' dedicated to the first round the world flight LZ-127 'Graf Zeppelin'. Its creation and distribution took only 6 weeks. Is a collection of three brands - 'Graf Zeppelin over the Atlantic', 'Graf Zeppelin and map of Atlantic ocean', 'Graf Zeppelin over globe'. The nominal value of set - $4,55, that for many citizens, then, it was prohibitively expensive (because it is the period witnessed the beginning of the great depression). Therefore of the total volume (1 million copies each brands) has sold only 7% (about 230 thousand). The rest were confiscated and destroyed.

Country : Соединенные Штаты Америки
Value : 65 центов
Year : 1930
Print run : 1000000
Printing process :
Paper :
Perforation :
Size :
Go to the collection
Program My stamp collection allows you to create electronic catalogs adding descriptions, images and even online links to your favorite brand. We synchronized the program with a personal account of a collector, adding a download feature collections. Personal account has a relationship with the local programs HOBBYKEEPER ONLINE on Your PC. The dashboard interface is adapted also for mobile devices, so your favorite collection with You anywhere.
Translated by Yandex.Translator