Alphonse Mucha: First in everything

philately bonistics personalities
Do you remember your first stamp / banknote/postcard? How did it appear in your collection? The first instance, like the first love, will never be forgotten. It is impossible to confuse it with any other, looking at it, you always experience a special feeling. Perhaps this is the taste of life itself.
The famous Czech artist, decorator, portrait painter Alphonse Mucha was the first to set foot on the path of creating a new direction in art - Art Nouveau (that is, 'new art'), also known under the beautiful name 'modern'. 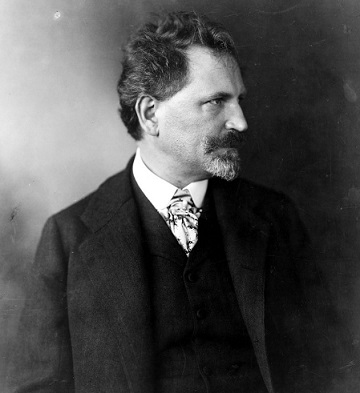 Compared to the previously popular eclecticism, with its practical straightforwardness, Art Nouveau is a soft and, in a certain sense, romantic trend in art. His recognizable style is not to be confused with any other.
For example, the famous art series-quadriptychs dedicated to colors, seasons, and daily time (a total of 50 topics) were published in 1896 and immediately found their fans among the connoisseurs of beauty at that time. 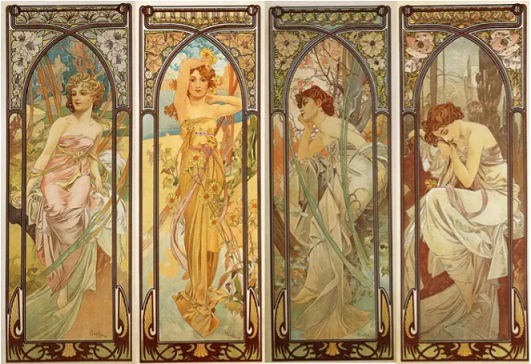 Mucha was the first to get a taste of the impending era of the industrial worldview, giving it the features characteristic of the classical genre. To perceive the ordinary in an unusually gentle manner - this talent Alphonse Mucha was endowed by nature. Therefore, the images in his works - paintings, theater posters and even advertising posters-look both modern and refined, carrying the features of authentic elitism, but understandable to everyone.
Working in the advertising genre, Mucha did not suspect that he was at the origins of a new direction, the purpose of which is to create selling images - all that is now actively used by UI designers, UX designers to attract the target audience. 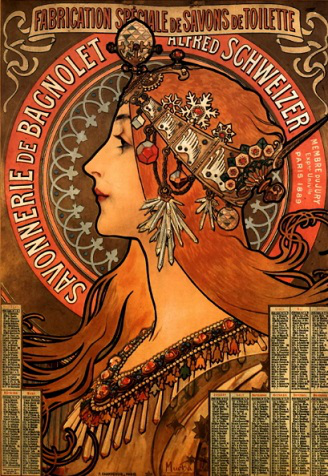 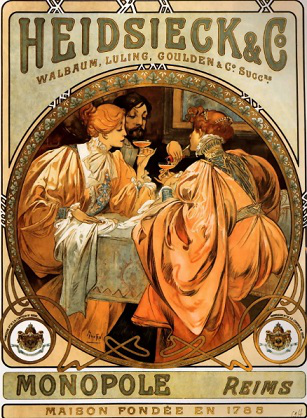 Life has sharpened and sharpened the natural sensitivity of Alphonse Mucha. The failed exams to the Prague Academy of Arts (who would have thought!), the burned - out workshop in the Vienna 'Ringtheater' in 1881-all this forced the young Fly to mobilize. He realized that further progress is impossible without connecting all his creative abilities.
An excellent base was the ability of the young artist to create interesting, non-standard images. After seeing his poster created for the play 'Gismonda', the legendary Sarah Bernhardt was simply delighted. Although the critics spat on the image that was different from other posters, Bernhardt saw the future in it. And I was not mistaken - after the premiere, enthusiastic fans carefully cut the posters created by the Fly from the poster stands, and saved them as priceless works of art. Subsequently, the replicated posters brought the theater a considerable profit, as they were instantly sold out by the admiring audience.

In the autumn of 1918, the historical unification of two fragments of the Austro-Hungarian Empire - the Czech Republic and Slovakia-took place. The newly created state, it should have been: own industry, roads, financial institutions, and, of course, the postal service. It was necessary to develop sketches of postage stamps, as well as to acquire their own currency.
The artist's talent was noticed and demanded by the authorities of the young republic. It was Alphonse Muha who was commissioned to create the 'official' graphic style of the new state. He became the author of the first postage stamps and banknotes, even the state emblem of Czechoslovakia was designed with the participation of a Fly.
When creating banknotes, Mucha, as a real artist-bonist, cared not only about the attractive appearance of the bills. He tried in every possible way to protect them from fakes, using color techniques, secret signs (no wonder the artist was initiated into a Masonic lodge), as well as a large number of exclusive ornaments. The new money immediately caught on and fell in love, the people even affectionately called them 'fly-tails'. 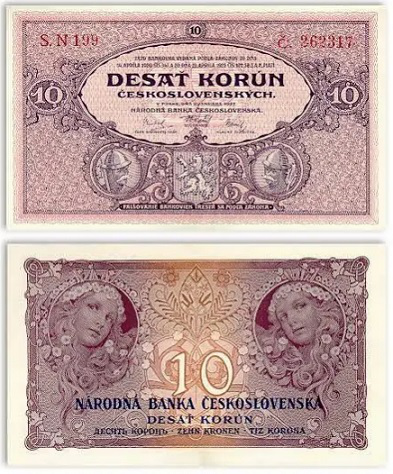 In 1918-1921, Alphonse Mucha carried out a historic mission to create a series of postage stamps for the young Czechoslovakia. The first rare copies formed the basis of a whole philatelic series under the eloquent name 'Hradcany'.
Talented, simply one-on-one, the artist depicted the recognizable panorama landscape of the historical district of Prague, giving it at the same time a special flavor and identity.

The pride of the artist is the cycle 'Slavic Epic', published in 1928, in which he invested all his skill and vision of the historical development of the Slavs. It is based on the titanic 18-year work of the artist, during which he turned over the history, culture and mythology of the Slavic peoples. 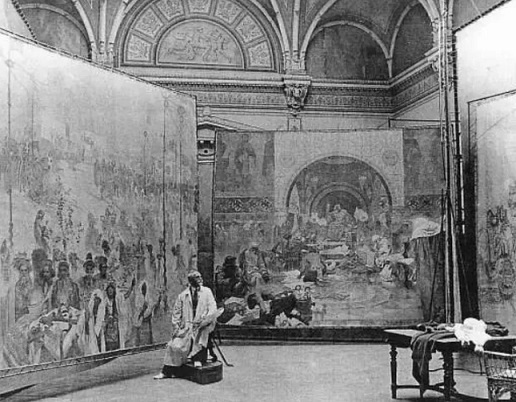 Mucha has always been proud of his roots, and was happy to fix on paper the result of his worldview, expressing it with 20 huge works (the size of each picture is 6 m by 8 m). All the paintings were donated to their beloved Prague, where there was not even a decent gallery. I had to exhibit the cycle in the Exhibition Palace. 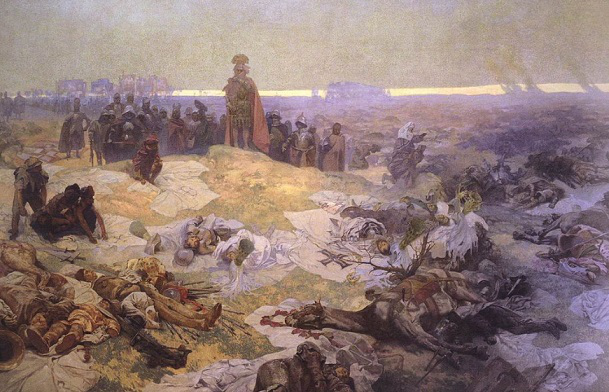 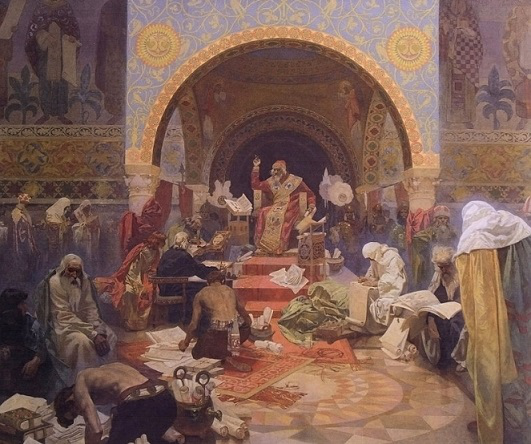 To date, the artist's works will be happy to get into his collection of any collector - whether it is a philatelist, bonist or collector of paintings. Unique and original canvases, from which thoughtful or playful, smiling or slightly sad images look at the viewer. They are clear and dear from the very first glance, they attract you as if they are part of your own life. And this is true, because they came out from under the brush of the great master.
Program HOBBYKEEPER ONLINE helps you create and organize your own online collection brands, postcards, banknotes, pictures, coins. You can study even rare items in detail, add all the necessary information to them, and, if you want, you can easily show your collection to the whole world.
Download the software to your PC or mobile device, create personal account and keep the collection online. The impossible will become possible, and the inaccessible will become available together with the Hobby Keeper!
Translated by Yandex.Translator