painting personalities
Or rather, not to the wind, but to the trash can. It was there that the painting of the British street art artist Banksy 'The Girl with the Ball'was sold under the hammer at a London auction. The author of the work earned world fame thanks to the hype raised by the media around the fact of the sale, and, most importantly, the self-destruction of the painting right in the Sotheby's auction hall. 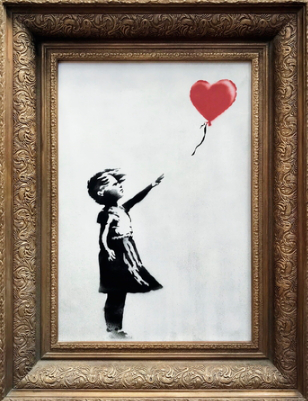 Everyone has their own path to glory. You can write a masterpiece that will excite the viewer even through the centuries, like canvases Leonardo da Vinci or Ivan Aivazovsky. Or you can create a work and go down in history by cutting it into small pieces with a shredder right in front of a shocked audience.
The high-profile story of the sale of a painting by street artist Banksy has really become part of art history. This was proudly stated by the buyer of the canvas, who wished to remain anonymous. Now the painting has been given the status of an art object and a new name- 'Love in the trash', because it will be displayed exclusively in the trash basket. But the most interesting thing in this case is that the price of the painting in this regard has doubled, and today's experts estimate it at $2.64 million.
What happened on October 5, 2018 in the Sotheby's auction hall was carefully thought out and implemented by a creative artist. Later, Banksy (he hides his real identity from the general public) posted a video on the network, which showed the technical details of the project.
Deciding that just selling a painting under the hammer would not be enough for him, Banksy came up with a way to impress the world and once again draw attention to his work. He decided to simply destroy the result of his work in front of potential buyers.
'Girl with a ball' was implemented in a massive frame ‒ this was a prerequisite of the author. The auction lasted only 10 minutes, and as soon as the hammer counted the third blow, the canvas began to crawl out of the frame, simultaneously being crushed into small pieces by the shredder. 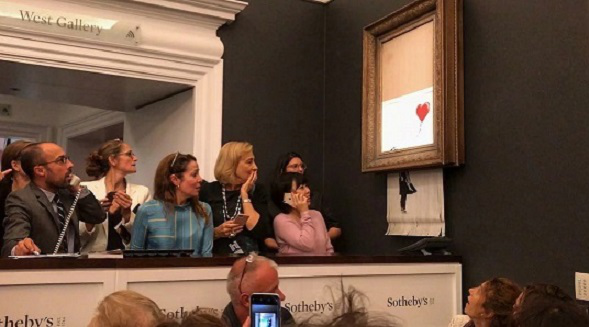 As a result, half of the painting turned into trash and ended up in the trash can. And the remaining part just got stuck in the frame, which greatly surprised the artist. After all, at the 'rehearsals' everything turned out smoothly.
Thus, the world received a new 'masterpiece', the news of which immediately spread to all fans of Banksy's work and painting in general. And the new owner found hope to get even richer. 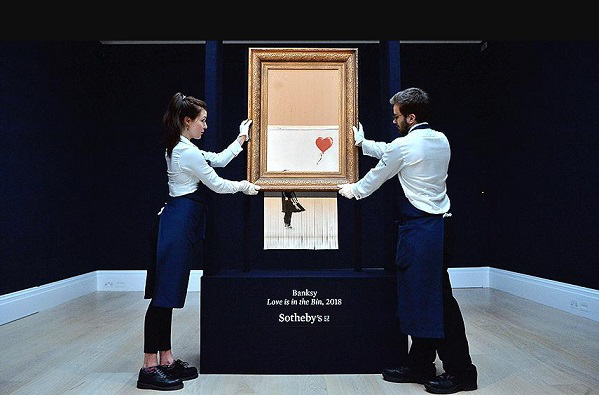 The work of an anonymous artist explodes the brain and breaks the patterns. His satirical works, created according to the laws of street art, are particularly topical.
However, having broken into the art world in the 90s, today an anonymous celebrity improves his style not only in the visual arts. In keeping with the Russian proverb, 'Our little urchin is ripe everywhere,' Banksy made a documentary about his work as a street artist 'Exit through the souvenir shop.' The film received high ratings at the Berlinale festival and was even nominated for an Academy Award! 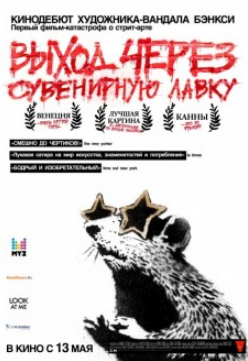 The anonymity of the artist is easy to understand. It is due to the illegal nature of many of his works, which are based on municipal property-house walls, fences, and even (in the case of Banksley) animals. And to draw a line between creativity and vandalism in this case is very difficult.
Therefore, the activities of writers or graffiti artists are under the watchful eye of law enforcement agencies, and they have to work in conditions of limited time and constant stress.
To this end, Banksy uses the screen printing technique, the motto of which is the slogan 'rrrrrraz ‒ and done'. Graffiti is created in minutes, but during this time the underground artist manages to express his vision of social phenomena or political trends. 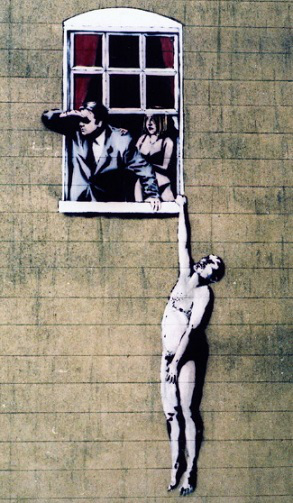 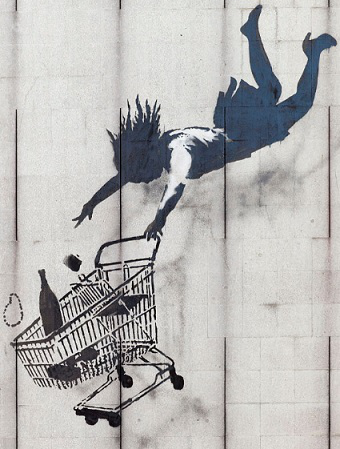 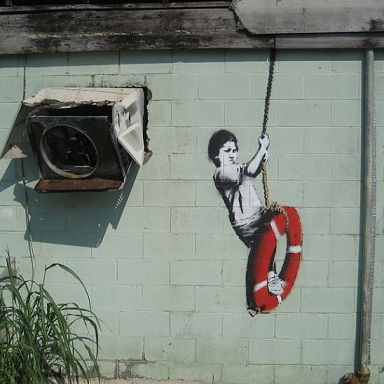 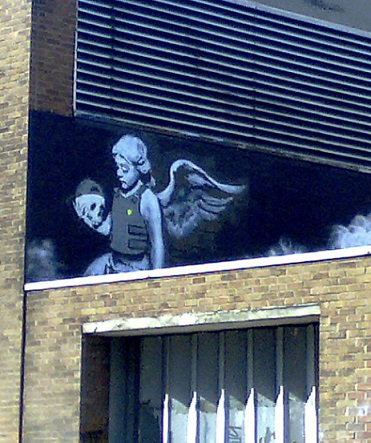 Art collectors should not be upset by the fact that 'The Girl with the Ball' is sent to the trash. You can still add this and many other paintings to your online archive using the program HOBBYKEEPER ONLINE, created specifically for collectors pictures, coins, brands, postcards, banknotes. Create personal account and add your favorite instances, descriptions, transaction statistics and all relevant information to it. Access to the meeting is possible from any mobile device 24/7, for this we have developed an adapted version of programs.
Join us, and the inaccessible will become available, and the impossible ‒ possible together with Hobby Keeper!
Translated by Yandex.Translator