Anna on the neck

numismatics history
At first glance, the coin 'Anna with a Chain' has nothing in common with the plot of the famous Chekhov story 'Anna on the Neck'. But a thoughtful aesthete, of course, will find a lot of things the same.
First of all, of course, the name is ANNA. Although in the case of the order, we are talking about the daughter of Peter I, Anna Petrovna, who married the Holstein-Gottorp Duke Karl Friedrich in 1724. Soon after giving birth, she dies, and the grieving husband establishes the honorary Order of St. Anne in memory of his wife. It was received by the husband of the Chekhov heroine, 52-year-old Modest Alekseevich. A happy and proud official wears a gold cross around his neck, receiving 150 rubles of an annual pension.
His young wife, Anna Soboleva, in the story gradually turns from a modest woman into a socialite, greedy and unprincipled, who turns the surrounding men, using them to her advantage. 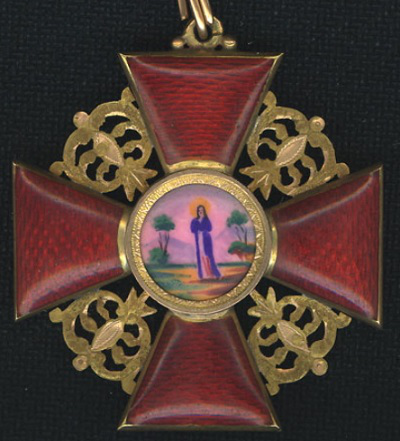 The coin is dedicated to a completely different Anna, although also of the royal family, from the same Romanov dynasty-Anna Ioannovna. The niece of Peter I was also married. Like Anna Petrovna, her husband in 1710 became a foreigner - Duke of Courland Friedrich Wilhelm. However, if the daughter of Peter the Great was not destined for long summers, the fate of the niece was much more successful. 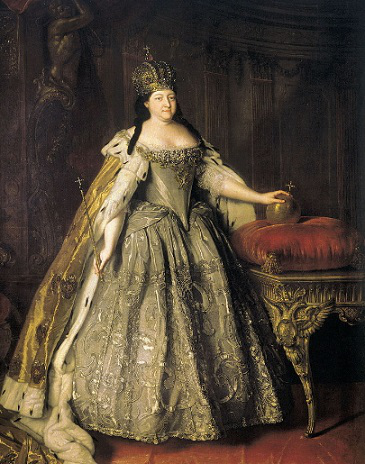 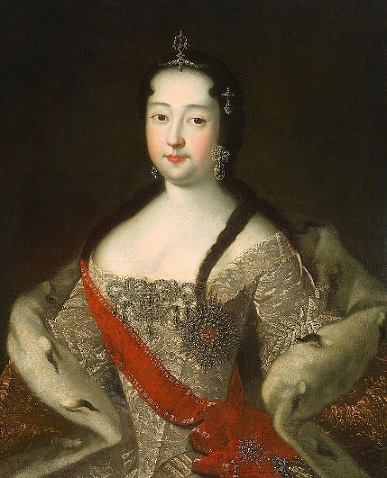 Anna Ioanovna had to be widowed quite early - two and a half months after the wedding. It is said that Peter I himself was responsible for the death of the duke, with whom Karl Friedrich had the imprudence to compete in drinking alcohol.
Having lived quite modestly in Courland for 20 years, in 1730 she was invited to the empty Russian throne by members of the Supreme Privy Council. Created in 1726 by Empress Catherine I, the Council acted as the highest advisory body, helping Catherine to solve the most important state issues. It included notable men of the Russian state-Prince Menshikov (before his deposition in 1727), Princes Dolgorukov and Golitsyn. And now they needed an obedient puppet on the throne, which they saw in a modest, vegetating widow, a duchess of royal blood.
However, in this the council miscalculated. Being truly Romanova, Anna Ioannovna wanted more. Supported by the nobles and the guard, on March 1, 1730, it was severely 'torn' The conditions of the Supreme Privy Council and was proclaimed autocrat of Russia. The power of the supreme leaders ended before it had even begun.
Having established herself on the throne, Anna, acting on the principle of 'a new broom sweeps in a new way', took up the reform of the state system. The changes affected the army, the activities of the Senate, the courts, and, of course, the redistribution of budget funds. The latter, of course, was not enough, and among other measures, Anna Ioannovna decided to carry out a monetary reform.
All coins of the Petrine era were withdrawn from circulation. They were replaced by a new coin series, among which were gold chervonets, silver rubles, half-rubles and dimes, as well as copper nickels.
Anna Ioannovna followed the design very strictly. She personally approved the drawings of coin stamps, which were made by hand by the best medallists of Russia and Europe. Like any woman, the Empress wanted to look attractive even on the obverse of coins.
Although according to the available samples, Anna will not be called a beauty. In the performance of Mr. Goedlinger, she looks like a vulgar fat woman, 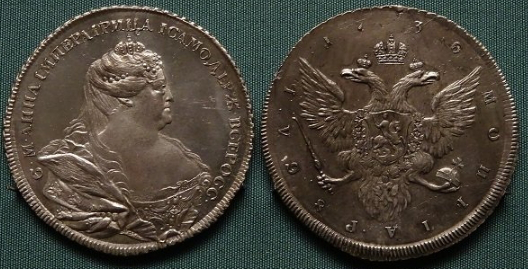 and the domestic master I. Vasiliev even portrayed her as a grumpy witch with sarcastic pursed lips. 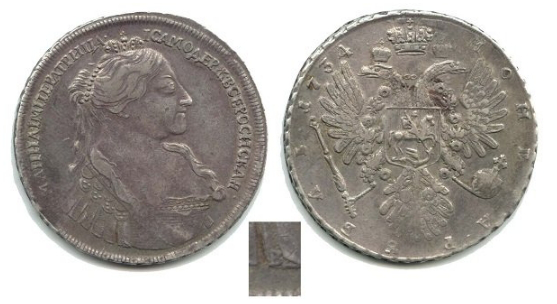 Cute and pretty Anna Ioannovna looks only on the trial ruble, dating from 1730 and called 'Anna with a chain'. Such copies were minted a little, and today there are only 3 of them. The chain of the Order of St. Andrew is placed on the reverse either on the chest of the coat of arms of the eagle, or around it-two types of design are known. Moreover, the first version went into wide circulation, but the second, on which the chain completely surrounds the two-headed symbol, is an exceptional rarity.
The new ruble differs from the previous one by a slightly larger mass. The silver sample in it increased to 728. But the main thing, of course, is the portrait of the Empress on the obverse, where Anna Ioannovna is depicted in profile with a crown on her head and a light gracious smile on her lips. Around the circle is the inscription 'By the grace of God Anna, Empress and Autocrat of All Russia'.

Today, the coin is a unique rarity. In the Hermitage and the Smithsonian Museum, it is listed as a rarity. Everyone will be able to admire it here, unlike the third known copy to date, which is in a private collection. Its last cost is estimated at 626 thousand dollars. Well, the history of the Russian state is of interest to millions of intellectuals around the world, never ceasing to surprise and amaze with its incredible facts to this day!
Program for collectors HOBBYKEEPER ONLINE provides a one-click opportunity not only to see any rarity, but also to add it to your own archive coins, marks, banknotes, postcards, pictures. Thanks to mobile version Users have access to their digitized collections from any device, even when away from the computer 24/7.
And the impossible will become possible, and the inaccessible-available together with the Hobby Keeper!
Translated by Yandex.Translator