philately
After the wealthiest dynasty in history ‒ the Mughal dynasty ‒ had died out, in the mid-19th century there were many contenders to replace it as the rulers of India. In addition to their own (Marathas, Wodeyars, Sikhs), European powers also claimed the golden throne. And most of all I wanted to decorate my crown with the 'eastern pearl' of the British Empire.
The first path to the Indian lands was trodden by English merchants. Back in 1600, the 'Company of Merchants of London Trading in the East Indies' was established, which in a decade organized as many as three expeditions to distant shores. Traders were primarily interested in spices, which were worth their weight in gold in European markets. Tea and cotton were also exported with no less joy.
Having evolved into the British East India Company, it took on new functions, military and governmental, snatching them out of the hands of the French, Portuguese and Danes by cunning, bribery or simply by arms. With the local rajahs, who were always at war with each other, the British used the same scheme.
Thus, by 1840, England had established unlimited power in its Indian colonies, massively siphoning off resources for the benefit of the newly rich nabobs who had made their fortune by plundering the local population. 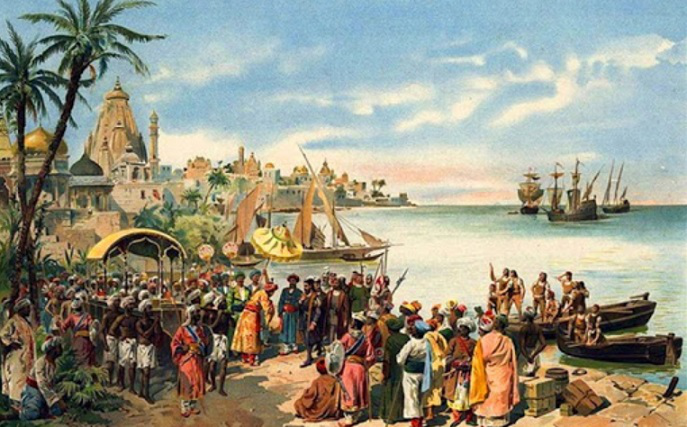 One can, however, find some positive aspects in the rule of the English. Among them-the construction of new roads and bridges, the emergence of railway communication and telegraph.
The trends of European civilization also affected the postal service. Already in 1688, the first post office was opened in Bombay, and on October 1, 1837, a royal decree was issued establishing the Indian Post Office.
In the British Indian colonies, transformations began in the image and likeness of the mother country. An important point was to get up-to-date information, which at that time was transmitted through the territory of India with foot messengers. It is clear that in this situation, there could be no question of efficiency. Therefore, in 1851, they were replaced by a system of post stations with horses and camels.
The issue of payment for correspondence was also resolved on the model of the British Post. Since 1852, the use of postage stamps began, the first of which appeared in the province of Sindh. It was a wax seal on a round wafer with a nominal value of 1/2 anna. The quenching was done with a cross-stroke of the pen over the stamp. Today it is known to philatelists under the name 'Red Sindh' and occupies the place of honor in the catalogs of the first stamp issued on the Asian continent. 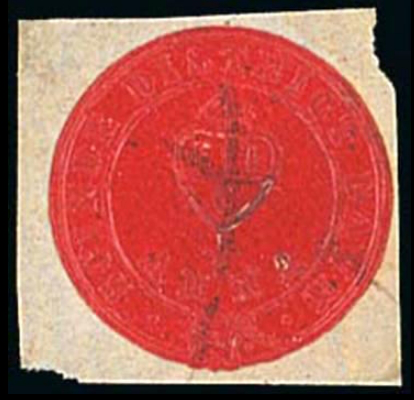 To avoid separatism, even in such small things as postal items, the stamps of a single province were soon replaced with single postage stamps. They operated throughout India. In 1854, a batch of the very first all-India stamps was printed in Calcutta, which went into circulation in October of the same year.
They were three varieties, made in blue (nominal value 1/2 Anna), red (nominal value 1 Anna) and blue-red (4 Anna) colors.
For comparison, the average letter weighing up to 12 grams at that time could be sent for 1/2 anna. 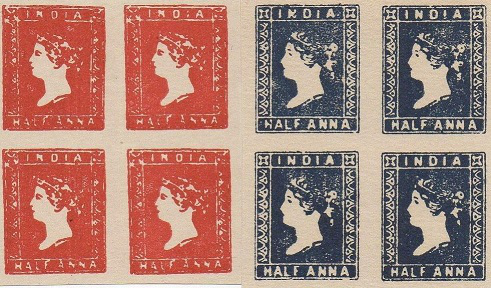 It was with the stamps, the nominal value of which is 4 annas, that the incident came out, thanks to which they became not just famous, but also unique rarities.
First, they are among the first stamps in the world to be printed in two colors. They bear the image of the head of the young Queen Victoria, made in blue on a red background. 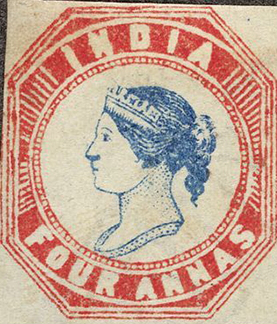 And secondly, on two sheets of the entire two-color batch, Her Majesty's head was printed upside down. The fact is that the manufacturing technology involved the use of two lithographic structures, and the incorrect location of one during printing led to the appearance of inverts.
To date, there are only 22 copies of such stamps left. In the philatelic market, they are very highly valued, and their value reaches $100,000. 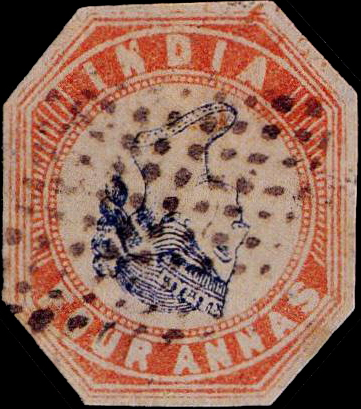 English rule in India had enormous consequences for the local population. After all, in addition to technological progress, the Indians have learned about hunger and poverty, which led to the dominance of foreign capital. Gradually transformed from an 'oriental pearl' to a run-down colony, India, until the middle of the twentieth century, did not know freedom.
Today, the Republic of India, of course, has many problems, but the prospects for development allow us to talk about it as a potential superpower. Parliamentarism, nuclear weapons and rapid economic growth here border on mass pathological poverty-alas, this is the picture of modern India. 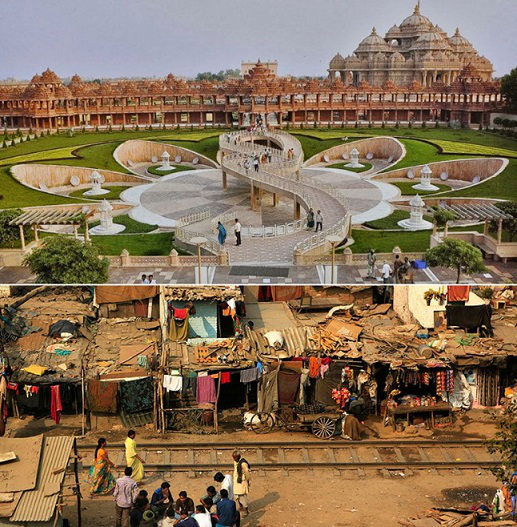 Add silent era witnesses to your online collection brands, coins, banknotes, postcards, images using the program HOBBYKEEPER ONLINE. In personal account You can create the most complete collections of unique instances, as well as add descriptions to them, edit them, and share links with friends. Access to the collection is available not only from a PC, but also from any mobile device thanks to the adapted version of programs, and the security is guaranteed by the SSL certificate of our site.
Join us, and the inaccessible will become available, and the impossible ‒ possible together with Hobby Keeper!
Translated by Yandex.Translator