Pearls to your feet

personalities painting
Beloved, lovely, the only ones - those for whom loving men are ready to throw the whole world at their feet and a bouquet of flowers to boot, beautiful ladies from time immemorial have stirred the hearts of their ardent fans. Someone for the sake of his beloved erected cities, someone called the name of the beloved asteroids and craters on the Moon, and someone on the shoulder became feats and achievements that for centuries were destined to win fame and admiration of posterity.
Among the last authors of imperishable masterpieces is the Florentine Alessandro di Mariano di Vanni Filipepi, better known to the world as Sandro Botticelli. The funny nickname 'Botticelli', which means 'barrel', got to Alessandro from his older brother Giovanni, who loved to eat delicious food and was a pink-cheeked fat man. 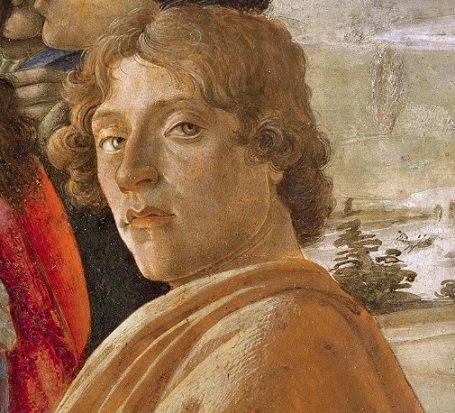 Botticelli began to create from a young age, since his father, a tanner, could afford to give his son an appropriate education. At first, it is true, he was an apprentice goldsmith, but the talented young man wanted to leave behind something more than the glow of gold trinkets.
Therefore, at the age of 17, he retrained and spent 5 years in the school of the famous countryman, the master of the early Italian Renaissance, Filippo Lipi. A little later, by the way, he met himself Leonardo da Vinci, who at that time also went as an apprentice to their common teacher, Andrea Verrocchio.
The frescoes and paintings that were popular and in demand during the Early Renaissance mainly depicted scenes from the Holy Scriptures and madonnas. Sensuous, full of grace, the scenes concealed numerous allegories. With their help, the authors tried to convey to the viewer their vision of the plot, giving the picture a mysterious and mysterious tone, which gave rise to intellectual discussion and speculation in the popular salons of the Florentine and Italian nobility.
Botticelli generously used these techniques in his paintings. In the painting 'The Calling of Moses', not only the crowd depicted, but every tree and even the clouds are designed to emphasize the significance of what is happening. 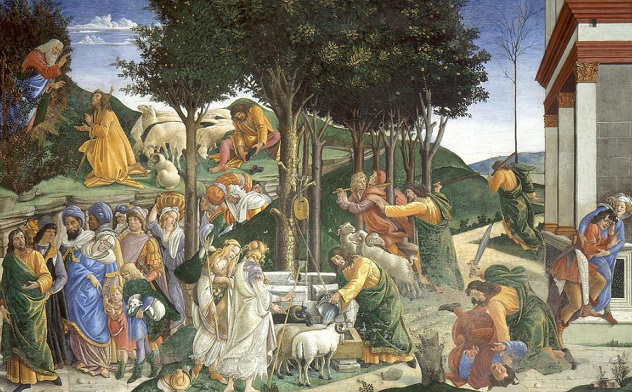 The same allegorical features can be found on other canvases of the artist: glorifying the power of the omnipotent goddess of love, the painting 'Venus and Mars', imbued with the biblical spirit of the 'Annunciation', the fervent 'Spring'. 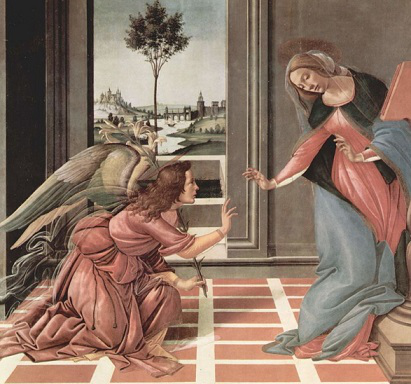 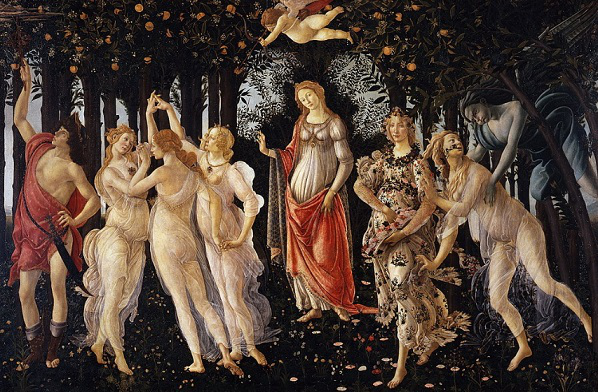 But one of Botticelli's most famous works is The Birth of Venus. The grandiose canvas, measuring 172 × 278 cm, is full of mysteries and mysticism. Botticelli worked on it from 1482 to 1486 - at this very time, when 'spaceships plied the expanses of the universe.' Namely, the Dias expedition rounded the African continent, Diogo Kan wet his feet at the mouth of the deepest river in the world, the Congo, and Vasco da Gama and Christopher Columbus were already assembling teams for their fantastic journeys. 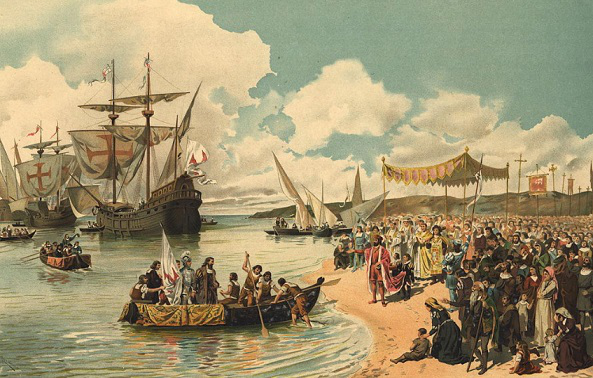 Sandro Botticelli put his vision and understanding of the world into his paintings. Traditionally painted in tempera-water paints based on natural emulsions-they have left a huge mark in the history of painting, both thanks to their technique and their intricate plots. And the mystery of the excellent preservation of Botticelli's paintings was explained after their careful chemical analysis. The fact is that the resourceful artist covered them with egg yolk.
'Botticelli wrote The Birth of Venus not only on the order of the Duke of Florence's cousin, the famous Lorenzo the Magnificent, but also at the call of his own heart. 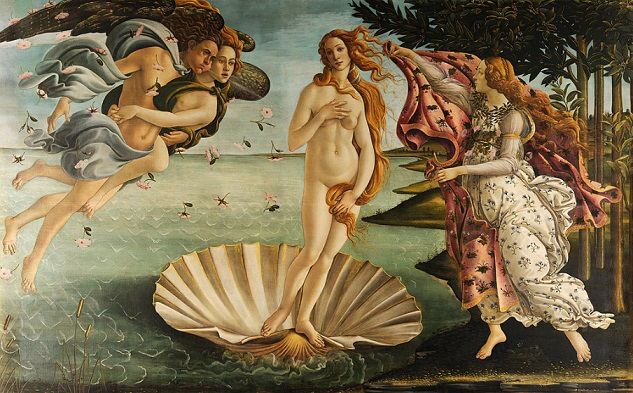 Floating, weightless, infinitely and perfectly feminine, Venus appears to the viewer floating in a pearl shell. The artist kept this tender image in his memory for many years, because its bearer - the Muse and secret love of Sandro Botticelli, Simonetta Vespucci-left this world early. Married at the age of 16 to Marco Vespucci (the brother of the Amerigo who gave his name to the newly discovered continent), she shone at the Florentine court. All the men of Florence were crazy about her heavenly smile and weightless image, the princes of the blood sought her favor, including the representatives of the oligarchic Medici family-Lorenzo and Giuliano. The young charmer managed the impossible: 'the men loved her without excitement, and the ladies praised her without malice.'
But when Simonetta turned 23, she became completely owned by only one soulless owner - death. No matter how brilliant the life of the court beauty was, even the best doctors of that time could not resist consumption. She left, leaving a bright memory of herself, and Botticelli himself wrote the rest of his life of all his madonnas and goddesses from memory with the image of the unsurpassed first beauty of the Florentine kingdom. Even to bury himself he bequeathed near it. At the feet of his beloved Botticelli threw Eternity itself! 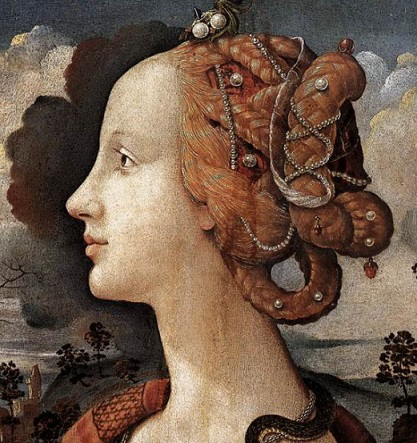 You can see the painting today in one of the oldest European museums - the Uffizi Gallery in Florence. And you can add the picture 'The Birth of Venus' to your personal online collection using the program HOBBYKEEPER ONLINE. Thanks to the well-thought-out functionality and user-friendly interface, users of the program can create their own digital archives pictures, coins, brands, postcards, banknotes. You will always be aware of new products, you can easily and quickly organize and edit the materials of the collection, and if you want - show it to other users.
Join us, and the impossible will become possible, and the inaccessible will become available together with Hobby Keeper!
Translated by Yandex.Translator