When color is set to

philately history
Divided in the post-war years, Germany into Soviet - red-and colored, allied, zones, initially developed in the same way. Its territory, as it should be, was demilitarized and, to be sure, divided among the victorious countries. 'Zero', it turns out, is not only a decade since 2000, but also a difficult period in the development of the post-war aggressor country. These include the time period from 1945 to 1949, when Germany in fact did not exist at all. 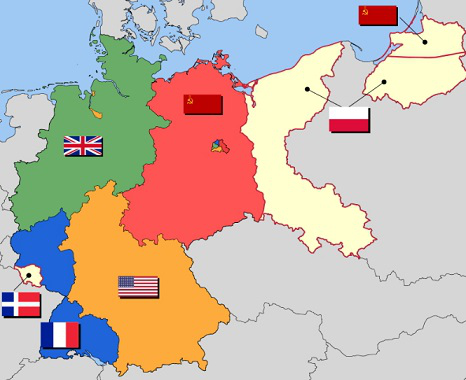 According to the agreements of the four allied powers (a stunning unity was demonstrated in this matter by tomorrow's deadly enemies-the USSR, the United States, Great Britain and France; the latter unexpectedly also got a piece of the German pie), the territory of Germany was occupied and divided into four zones. In each, one of the victorious parties established its own control, and the troops stationed in the houses of the burghers had the official status of 'winners', with all, as they say, the consequences.
The country's economy was in a wild decline. In addition to the mandatory payment of 15 billion (!) dollars to the winning countries, natural and industrial resources were legally exported from Germany at zero. At the same time, an active campaign of ideological re-education was carried out among the starving population, part of which was the revival of native German culture.
However, this did not apply to the Soviet zone of occupation. There was in sight of a very different trend is to steer started the Pro-Soviet socialist unity party of Germany. And soon the GULAG-type special camps became a reality here (Buchenwald did not die, thousands of men and women served untimely imprisonment in it and 9 other camps in the territory of the Soviet zone of occupation of Germany), most of which were Germans accused of espionage under Article 58 of the Criminal Code of the USSR.
However, life gradually returned to the destroyed Germany. Industry, agriculture, and the financial system function under the control of the United Nations. The mail message resumes. In 1945, in the territory controlled by the United States and Great Britain, postal items were paid for with stamps marked with the allied troops: 'AM Post' ('Allied Military').
The SZOG also issued postage stamps, and each locality had its own varieties, most often-overprints on old samples or cheap versions printed in local printing houses. 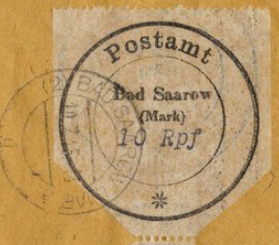 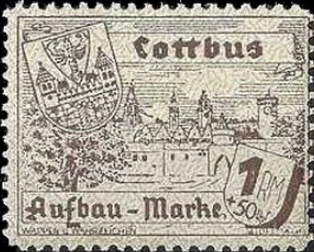 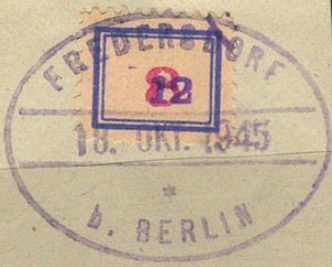 In 1946, the stamps of all zones (except the French one) had the obligatory inscription 'Deutsche Post', and, by the decision of the Control Board, they were introduced a characteristic yellow color. However, it was not destined to unite the lands of Germany, on which the opposing vectors of interests of hostile states converged. In 1948, the Allied territory and the Soviet zone had already introduced their own postage stamps.
On September 1, the Allies issued a series of architectural stamps dedicated to German cities. Among them are stamps of the lowest nominal value of 5 pfennings, intended for additional payment for air transportation. All of them, in accordance with the decision of the Control Council, should have been yellow.
Depicted on 5-pfenningovyh copies of the 157-meter Cologne Cathedral is a majestic monument of world architecture, dating back to the 12th century. In the 19th century, it was even the tallest building in the world. 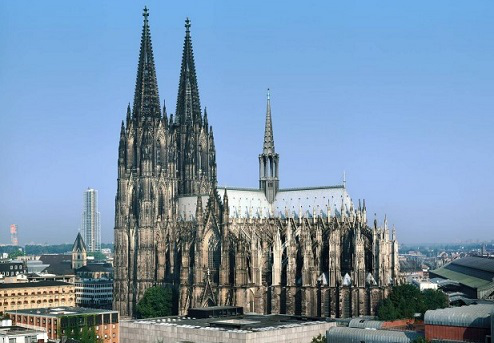 The first editions were already printed in the printing houses, but they were not destined to see the light of day. The fact is that the Universal Postal Union has put forward a mandatory requirement for all airmail payment signs: they must be exclusively blue in color. And, although the plot of the Cologne Cathedral is present on other stamps, copies printed in yellow are extremely rare today. After all, the entire circulation was destroyed, only one sheet of 100 (10 × 10) stamps and three separate stamps were preserved.

The sheet is currently stored in the Philately Archive in Bonn. And single copies are in private collections. The same, only in a yellow version, the brand, according to the catalog 'Michael', costs from 11 thousand euros ('Do you have the same, but with mother-of-pearl buttons? We will search for'). 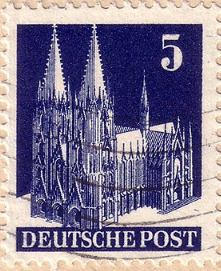 Search and find the desired instance brands, coins, banknotes, postcards, paintings allows the program for collectors HOBBYKEEPER ONLINE. With its help, you can not only easily find the rarity you are interested in, but also get full information about it, add its digital counterpart to your archive, and communicate with like-minded people. You can access your meeting from any mobile device at any time thanks to the adapted version of programs.
Join us, and the inaccessible will become available, and the impossible - possible together with Hobby Keeper!
Translated by Yandex.Translator