When a letter matters

philately
Of course, you can pass a school essay, in which instead of 'painting' write 'zHyvopis'. In that case, the negligent student is threatened with 'failure' (for ZHI-SHI write through And!) and the deprivation of some rights and freedoms on the part of parents.
But if a mistake pops up in a philatelic issue that has been published in no less than 60 thousand copies, slightly different consequences are expected. This is exactly what happened with the stamp issued by the Russian Post in 2013, 'Postman's van-postal vehicles'. The issue was dedicated to postal vehicles and was carried out jointly with European countries within the framework of the 'Postal Transport' project. 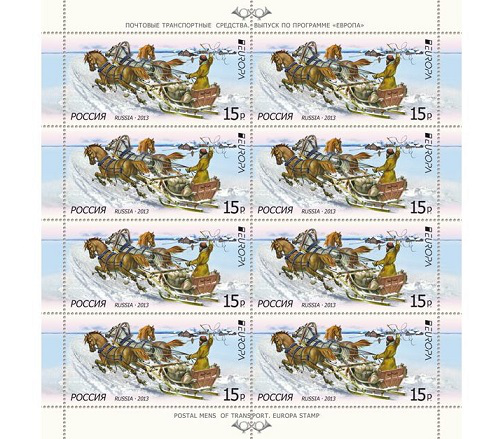 The first sheets in the artistic design of Mr. Beltyukov and with text accompaniment of the fields, were published on April 26. There are 8 copies of stamps on the reduced-size sheet. Each of them depicts the legendary Russian equestrian troika.
It is this vehicle, which appeared in the early 18th century, is rightfully considered universal. In the course of time, the three greyhounds began to transport not only express mail, but also cargo and passengers. The speed and reliability of such transport in those days was beyond competition.
Of course, because the post horses could race at a record speed of more than 20 km per hour! This means that a letter sent from Novgorod to St. Petersburg, for example, could have been received by the addressee the very next day. 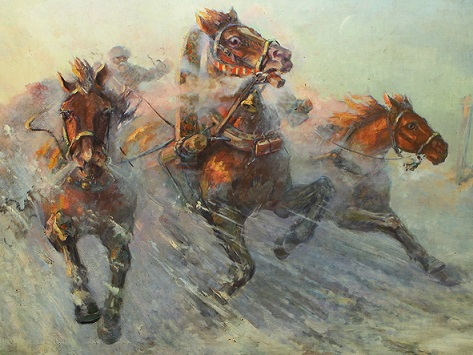 The secret of this super-speed is that the horses in this team run at a different gait: the root-trot, and the harness-gallop. Everything is exactly as it is sung in a Russian folk song: 'The troika rushes, the troika jumps, the dust curls from under the hooves.'
Three maned beauties, harnessed to a sleigh and driven by a driver, are depicted on the stamp. In this case, the image is accompanied by a text overprint: 'Postal means of transport', which states that 'Postal means of transport'are represented here.

Whether the pre ‒ holiday May Day mood is to blame, or the rush-history is silent. However, the entire main edition was published on April 26 with an error: the word means is missing the letter A, which in this context is read as 'Postal mens of transport' ('postal men of transport'???).

The nonsense was not immediately noticed. When the officials noticed the absence of the letter in the inscription, it was too late: the stamps spread almost at lightning speed.
Of course, the postal service tried to correct the situation by issuing an additional souvenir set in an art cover in the amount of 1 thousand copies. With the correct label.
However, the story is an incident, when it is the printing error that is the main brand, and the correct version is one of the rarities. 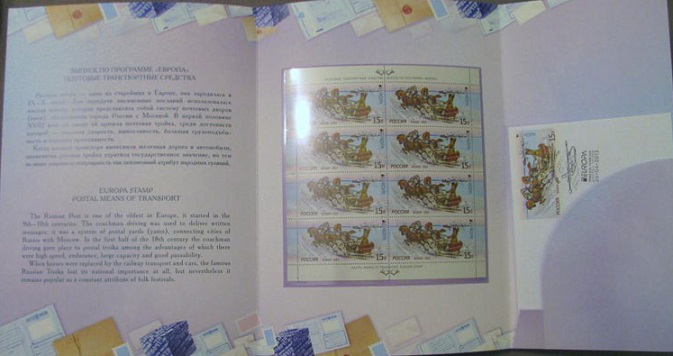 Therefore, today in the philatelic market, sheets without an error can be found at a price that exceeds the cost of an overprint error. Probably, not only the letter, but also the number matters. After all, the number 1693 assigned to this brand means the fateful year when about 100 thousand people died as a result of the eruption of Mount Etna in Sicily...
Add these and other interesting instances brands, coins, postcards, banknotes, you can add to your online collection using the HOBBYKEEPER ONLINE. Created by collectors for collectors, the Hobby Keeper program meets the highest standards, making collecting even more fun. Create personal account and fill it with unique copies, communicate and exchange with enthusiasts around the world. Access to the archive is possible not only from a PC, but also from any mobile device thanks to the adapted version of programs. Therefore, you can take your entire collection with you even on a trip around the world without fear of losing or damaging it.
Join us, and the impossible will become possible, and the inaccessible will become available together with Hobby Keeper!
Translated by Yandex.Translator