What color is love

philately
Not red, not green, and not even dark yellow (like her sisters), but blue became the background color of the rare brand 'Blue Alexandria', which was released in 1846. Its progenitor is the postmaster of the city of Alexandria (Virginia in the United States), Mr. Daniel Bryan. And this event happened a whole year earlier than the United States began to issue state-issued stamps. Therefore, 'Blue Alexandria' refers to the provisions-a type of temporarily used postage stamps.
Philatelists know this rare stamp by another name: 'The Boy in Blue'. The second name she received after the name of the painting of the same name by the famous English portrait painter of the 18th century Thomas Gainsborough. Indeed, if you compare the color scheme of the two unique ones, the similarity is striking. 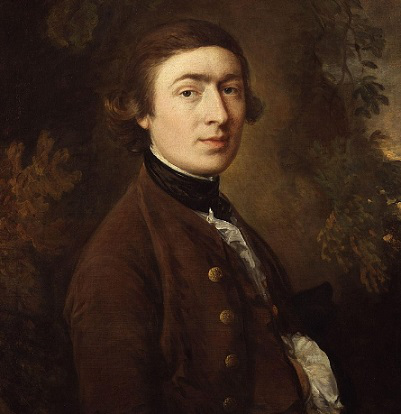 Gainsborough often uses a blue-and-blue palette in his paintings, symbolizing a peaceful infinity. This is exactly how the aristocrats of foggy Albion, whom he mainly painted, saw themselves - consistently satisfied, with a slight touch of heavenly sadness. 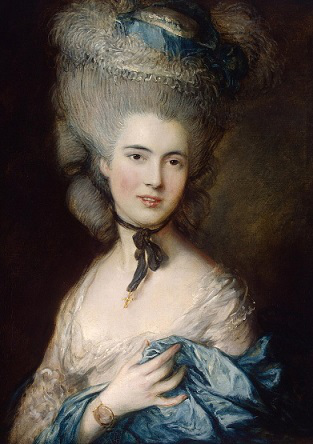 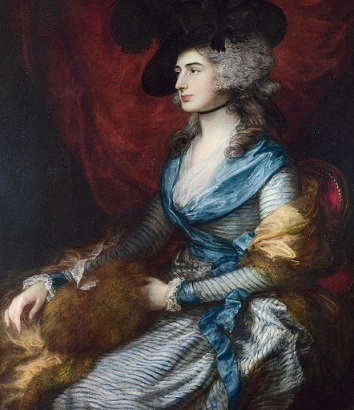 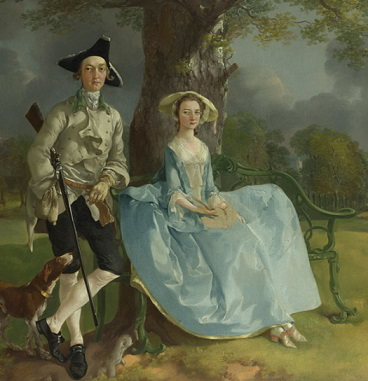 As for the 'Boy in Blue' - the artist deliberately dressed him in the colors of the English nobility. The model was a simple boy - the son of a merchant, but the pathos of the picture can not be overlooked. 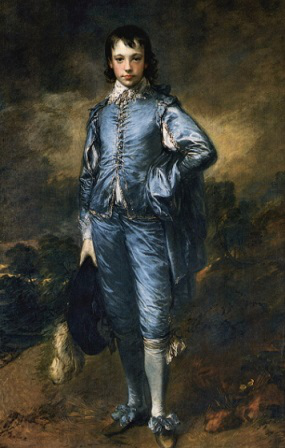 The same can be said about the 'Blue Alexandria' - its artless appearance hides a restrained luxury. Around the circumference is an unpretentious floral ornament, and in the center is an eloquent inscription: ALEXANDRIA POST OFFICE, and the nominal value is 5 cents. 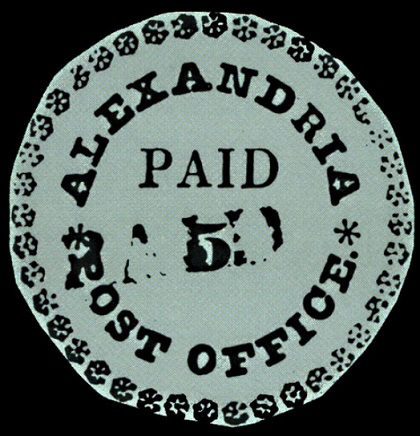 There is only one unique copy of this brand in the whole world. And for many philatelists, it is the only love that they dream of getting into the arms of their klassers.
However, the cost of the 'Blue Alexandria' is simply off the scale and is expressed in the figure of 1 million dollars. At least, this is the amount that collector Georg Norman paid for the blue pearl of philately at the auction 'David Feldman S. A.' in 1981. Not everyone is able to pay such a dowry, so the stamp remains the subject of dreams of many philatelists.
But, in addition to the love of millions of collectors,' Blue Alexandria ' is distinguished by one more thing: it conceals the great secret of two loving hearts. In order to realize the full drama of the story, it is enough to remember how the unique brand was discovered.
In 1907, a resident of Virginia, Mary Fossett, discovered a decorative cabinet in her late mother's belongings. Inside it, among other things, she found a bundle of letters, carefully tied with a blue ribbon. After reading them, Mary could not hold back the tears: the letters were a delightful love story of her mother, Jeannette Brown, with her father, Mr. James Wallace Huff.
The young people fell in love with each other, but their families belonged to different religious denominations. The members of the Brown family were Presbyterians, and the Wallaces followed the precepts of the Episcopal Church. At that time, this was a very significant reason for young people to be forbidden even to communicate (remember, Romeo and Juliet?).
However, for real feelings, no prohibitions are an obstacle. Between the lovers, a correspondence began, and the atmosphere of romantic mystery only warmed up their feelings for 6 years.
In the end, the story finally found happe ending, and the lovers ' hearts were united. Jeannette and James got married, and they had three lovely children. 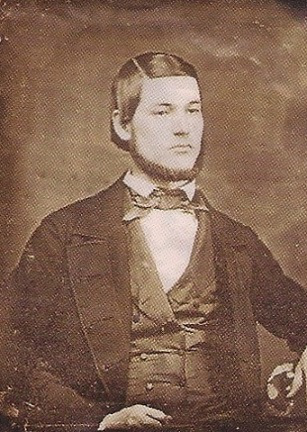 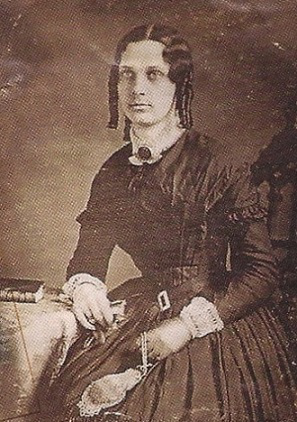 One of the envelopes in the bundle had an amazing round and toothless postage stamp pasted on it. After showing it to specialists, the heirs realized that they were the owners of a unique thing. Soon they sold a rare envelope to the famous American philatelist George Worthington for an incredibly large sum - 3 thousand dollars. After half a century, the rarity was already worth 18 thousand dollars, and today its value is indicated by a seven-digit figure. 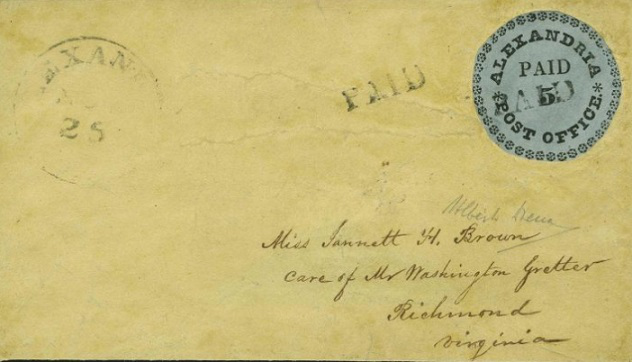 But no matter how much the 'Blue Alexandria' is worth, the history that this wonderful stamp is associated with is priceless. Thanks to the rare brand, the world learned an amazing love story and once again became convinced that there are no barriers and prohibitions for real feelings.
How there are no barriers to the program HOBBYKEEPER ONLINE. Thanks to it, you can add to your online collection brands, coins, postcards, banknotes, pictures the most favorite, even if inaccessible instances. It only takes one click. And access to the digital archive is possible from any mobile device and from any place thanks to the adapted version of programs.
Join us, and the impossible will become possible, and the inaccessible will become available together with Hobby Keeper!
Translated by Yandex.Translator