philately history
The first may, international workers ' Day - a holiday that is celebrated in many countries around the world. In modern Russia it is called the Holiday of Spring and Labor. This holiday is historically associated with the Soviet past of our country, demonstrations in the streets, red flags, balloons and portraits of leaders. And now he is more perceived as just another day off, the beginning of the warm spring, summer season and outings.

By the way, the history of this holiday is not connected with our country, and moreover, it is associated with Australia and the American States. The first were the workers of Australia. Masons and construction workers in Melbourne stopped work on April 21, 1856 and came to the demonstration with the requirement to reduce the working day to 8 hours without loss of wages. By their example, may 1, 1886, Chicago workers went on strike against the 15-hour day and demanded the owners of the factories of the transition to an 8-hour working day. The demonstration lasted for 4 days. In dispersing the demonstrations in Chicago on may 4 1886 killed six demonstrators and more than 50 were wounded.
In memory of this event in July 1889 Paris Congress of II international declared may 1, 1890, the Day of solidarity of workers all over the world and suggested to celebrate his demonstrations, demanding 8-hour working day and other social requirements.

In the Russian Empire this holiday was first celebrated in 1890 in Warsaw with a may day strike of workers. And next year the first may day was held in the capital of the Empire. Since 1897, may day became political in nature and accompanied by mass demonstrations. In 1917, may 1 was first celebrated openly. In all cities of the country millions of workers took to the streets with slogans of the Communist party 'All power to the Soviets', 'Down with the capitalist Ministers'. In 1918 in the Soviet Union this holiday was the state called Day internationals. The name of the holiday was changed in 1972 to the international workers ' Day — May day. The occasion was marked by demonstrations across the country, and may 1 and 2 were days off. 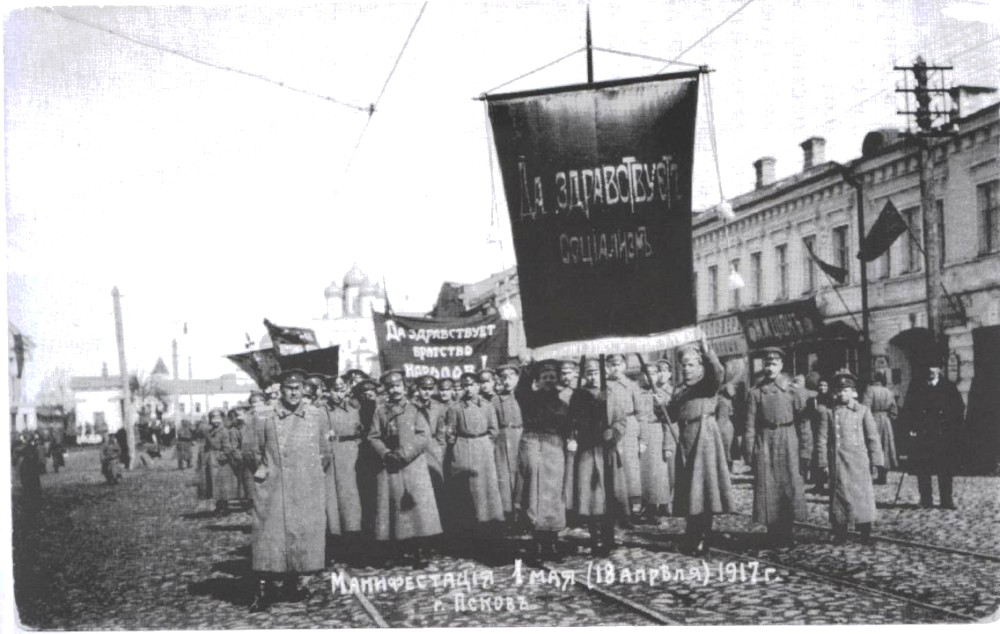 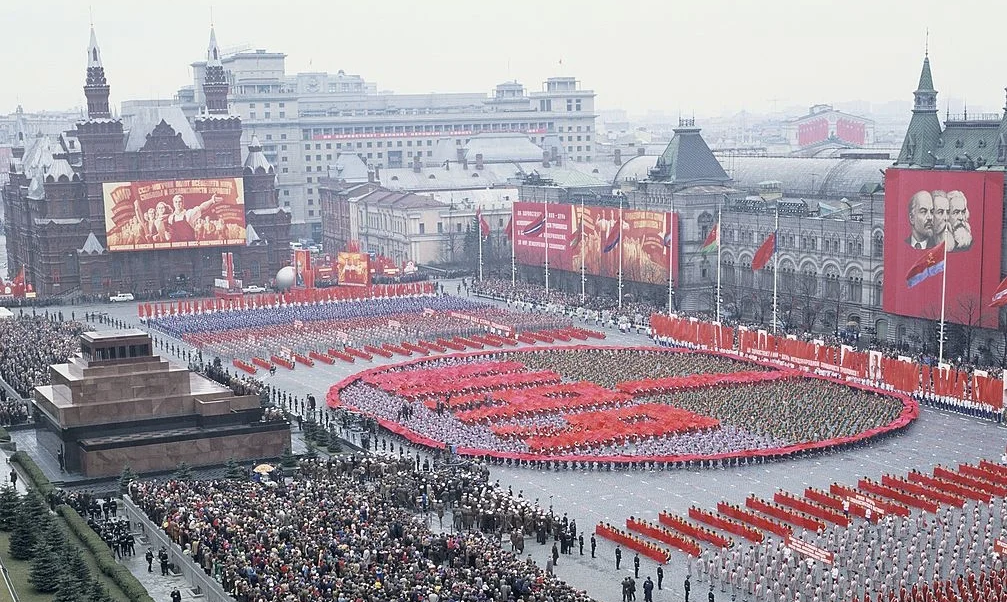 Of course, the Soviet Republic could not avoid the may 1 holiday party. In a country of victorious socialism came out a few series and single stamps dedicated to this holiday. In the early of them are happy workers walk past the mausoleum, carrying red flags and portraits of the leaders of the Communist movement. Later - already with less political overtones and often limited only by the colorful labels '1 may', 'Peace, labor, may' and the like. 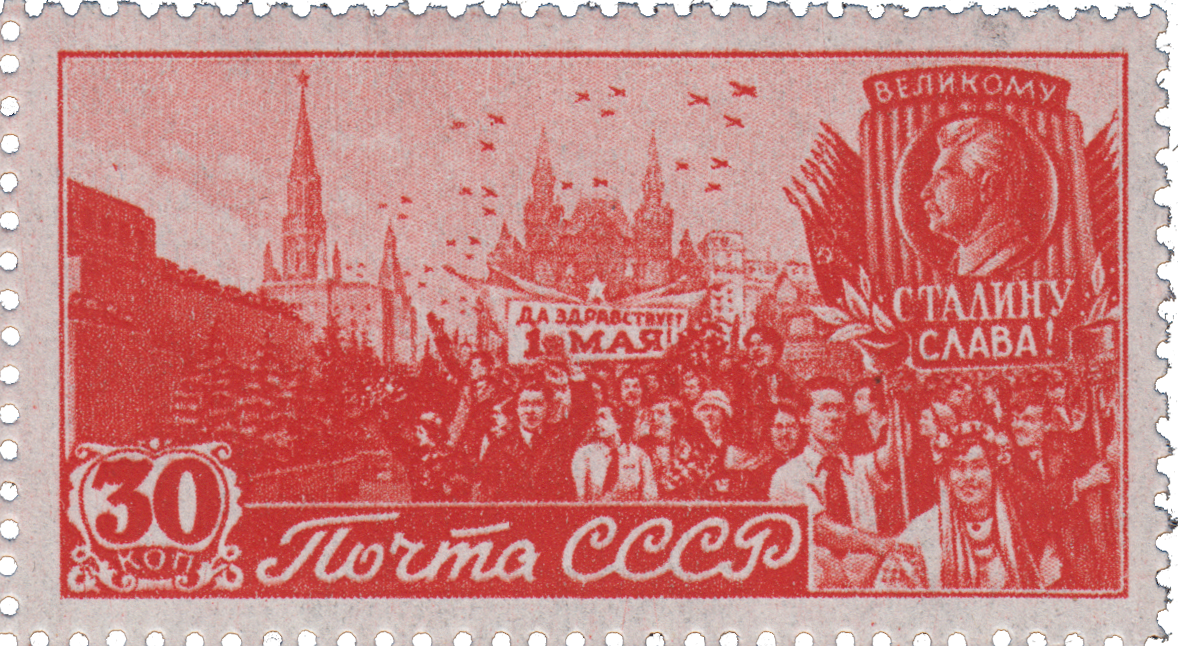 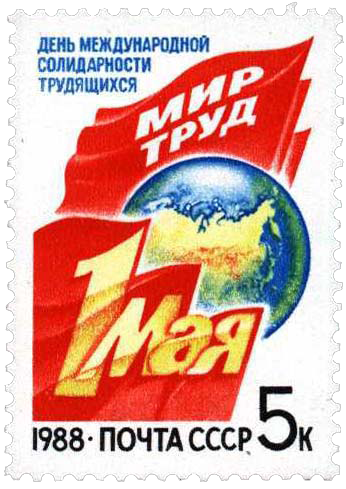 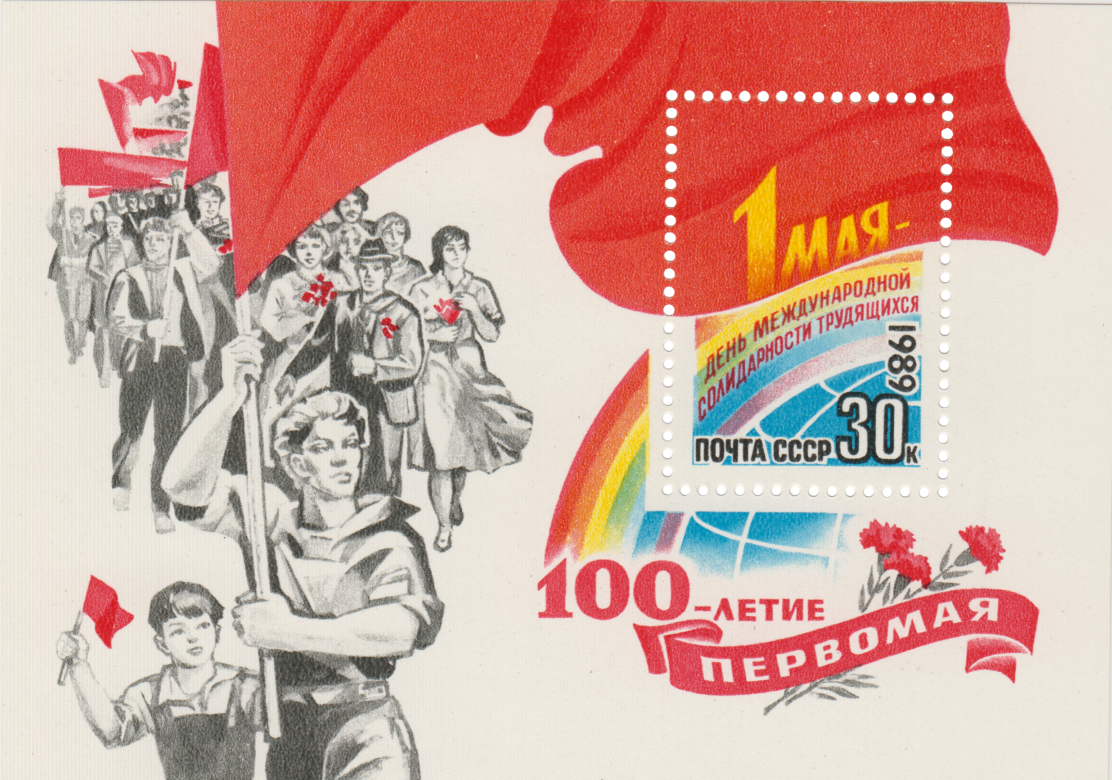 To see the stamps of the USSR dedicated to the celebration of may 1, you can here:

Country : Союз Советских Социалистических Республик
Value : 5 коп.
Year : 1990
Print run : 2 700 000
Printing process : глубокая
Paper : Мелованная
Perforation : Линейная 11 ½
Size : 40 x 28 мм.
Go to the collection
This collection is created in the personal Cabinet 🌐 Hobbykeeper Online and published without restrictions for all users on the Internet. A personal account of the Hobbykeeper Online collector enables the collector-philatelist, maintain your stamp collection on any device and share information with other users.
The company is also Hobby Keeper offers a program 👉🏻 'My stamp collection' for personal computers. In this program, you can keep a stamp collection on your computer or laptop, even without Internet access, and then synchronize the data with your personal account 🌐 Hobbykeeper Online.
Translated by Yandex.Translator