'Kings can do everything'

numismatics
'And the fate of the whole earth they sometimes decide,' - so it is sung in a famous song. The ambitious King of England, Edward III Plantagenet, in the 14th century, of course, also did not mind the fate of the whole earth. The monarch did not limit himself to his English possessions, showing claims to the lands of Scotland and France, waging constant wars and weaving numerous intrigues. Edward even got the nickname 'Evil'. Of course, for the sake of the crown, at the age of 15, he participated in a conspiracy against his own father, Edward II, and his own mother, Queen Isabella, was put in a monastery. 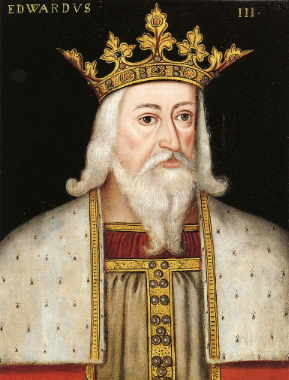 The entire foreign and domestic policy of Edward III was aimed at strengthening his own power, which is impossible without strengthening the entire kingdom. Unleashing a war with Scotland in 1333, the young king achieved the annexation of the Scottish Kingdom to England, which turned against his nearest neighbor - France. The French were driven to war with England by treaty obligations to Scotland, and envy, of course.
Confrontation is confrontation, but when the country has a strong centralized power, the king is supported by parliament (where the country's toughest landowners sit - the lords), and the navy and army win victory after victory (it was under Edward III that the Hundred Years ' War was started, where the first loud victory of the English at sea was the battle of the French port of Sluys), the neighbors involuntarily calm down. 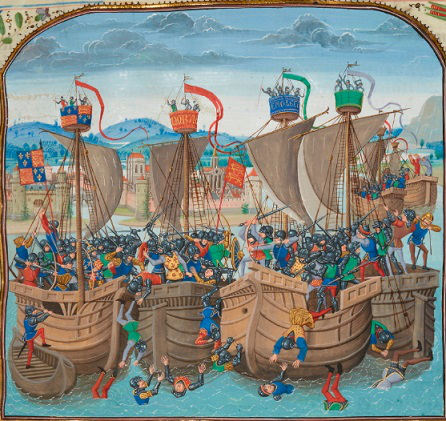 And the time will come to consolidate the authority at the international level, not only with the help of weapons. One of the successful methods aimed at establishing the influence of the English crown in Europe is monetary policy. In 1343, England resumed the minting of gold coins, which meet the ever-increasing needs of international trade. This step strengthens the position of the English hard coin, because now it is minted from pure gold, and trading with England becomes prestigious and profitable.
Well aware of this, Edward III issues a series of gold coins in honor of himself, the beloved, of course. For six months, starting from January to July 1343, three gold coins came into circulation - a florin, half a florin and a quarter of a florin. The design was copied from the French-war by war, but the family ties also made themselves felt (Edward III was a relative of the French kings on his mother's side). And the French, in turn, copied the appearance of the original-the Florentine gold coin, which was first minted in Florence.

After Edward finally got his way in 1340 and took the title of king of France, providence itself pushed the newly minted king to issue a new coin for his new French possessions.
On the gold English florin, the obverse is decorated with an image of His Majesty King Edward III, sitting on a throne with the symbols of royal power - a scepter and a power in his hands. On either side of it are two leopards, which are the heraldic symbols of the English Crown. Hence the second name of the coin-Double Leopard (Double Leopard).
The background is lilies-a traditional symbol of the French monarchy. It was not for nothing that Edward fought for the French throne. The weight of the coin is 6.96 grams of pure gold.

The value of gold florins was expressed in the usual silver shillings and pence for the English. For comparison, 1 florin was 6 shillings, half a florin was 3 shillings, and a quarter was 1 shilling 6 pence.
Prices at that time were still the same. For example, for a pig in the market, you had to pay 3 florins, a good riding stallion cost 16-22 florins, and to get married successfully, a girl had to have a dowry of 14-25 florins. If you work as a servant in the house of a wealthy merchant, in a couple of years, in principle, you could collect this amount, getting about 10 florins a year. 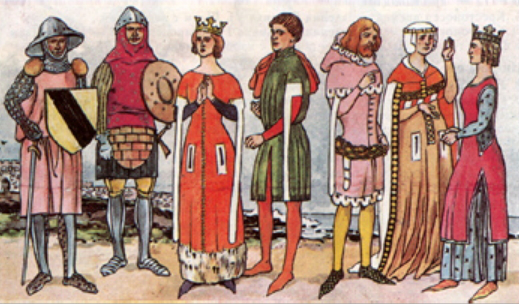 Over time, the value of silver coins tended to decline, so the provision of gold florins with silver ceased to correspond to the declared nominal value. In the summer of 1344, the golden double leopards were withdrawn from circulation. They were replaced by a noble equal to 1/3 of a pound.
It is a kind of numismatic panegyric of the naval victories of Edward III, having on the obverse a portrait of the king on a ship sailing to beat the French, as expected, with a sword and shield in his hands.

To date, numismatists have only three copies of unique rarities. Two of them are on display at the British Museum. They were found near the River Tyne in 1857. The existence of the third coin became known in 2006. It was found somewhere in the south of England, and bought at auction in a private collection for 460 thousand pounds.
Program for collectors HOBBYKEEPER ONLINE provides an opportunity to add to your online collection in personal account by any coins, brands, banknotes, postcards, paintings, and even the rarest rarities. You will have private access to the archive from any mobile device 24/7 thanks to adapted version of the program.
And the impossible will become possible, and the inaccessible-accessible together with the Hobby Keeper!
Translated by Yandex.Translator