numismatics philately bonistics history
The theme of sports battles that broke out in Sochi from February 7 to 23, 2014, did not leave anyone indifferent. The XXII winter Olympic games attracted millions of spectators, and the raging sports passions were perceived as personal experiences.
If you are a fan, then you understand the intensity of the fight and the desire to support your favorite athlete. If you personally happened to stand on a pedestal, clutching a winning medal/Cup/certificate, then the feeling of a Winner will go with You through life, inspiring and giving confidence in everything. 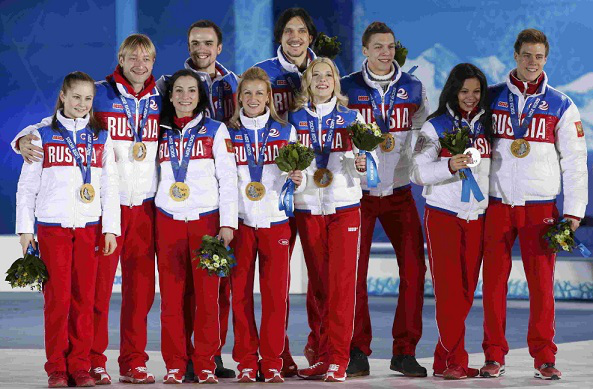 The host country took care to create a decent image of the Olympic Games, dedicating to them, among other things, a special coin program 'Sochi 2014'. In the course of its implementation, from 2011 to 2014, the Bank of Russia introduced commemorative and investment coins minted from both base metals and silver and gold.
First of all, attention is drawn to investment coins with the image of the Olympic mascots-a Leopard, a White Bear and a Hare. Their rectangular appearance resembles bullion. the obverse bears the image of state symbols along with the nominal value, the breakdown, the mint mark (MMD) and the year of issue - 2014. The quality of coinage was used uncirculated, in which the surface of the coin has an even matte gloss. 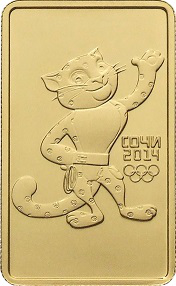 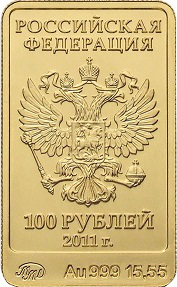 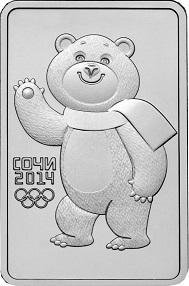 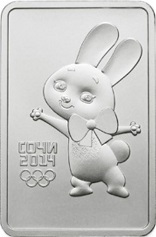 The commemorative coins made of precious metals are marked with images of winter sports. The Central Bank of the Russian Federation issued them as 'proof'. Individual copies reached 20-35 thousand copies. 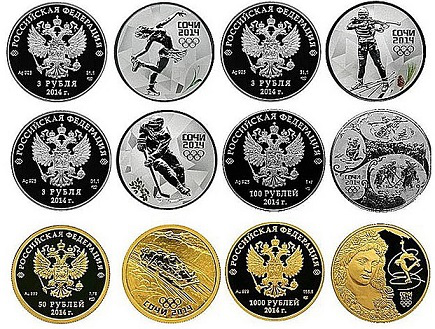 Collectors are also interested in commemorative coins issued in mass editions (about 1 million copies each). They depict the Olympic symbols and mascots of the Games, and some have the reverse in color. In addition to Russia, commemorative silver coins with a face value of 100 tenge were issued by the Republic of Kazakhstan in 2011. They are dedicated to one of the oldest sports - speed skating. Official data on competitions in this discipline dates back to 1763. 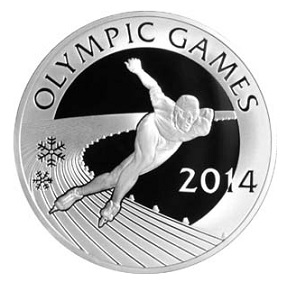 A year later, the Republic of Belarus, which took the 8th overall place in the Olympics, issued commemorative coins 'Olympic games 2014. Cross-country skiing', minted in Karlsfeld, Germany by B. H. Myers Kunstpregeanstalt LTD. Gold (for 20 rubles coins) and silver (for 20 and 100 rubles coins) were chosen as the material. 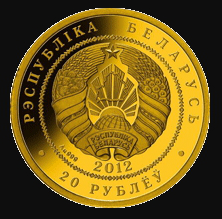 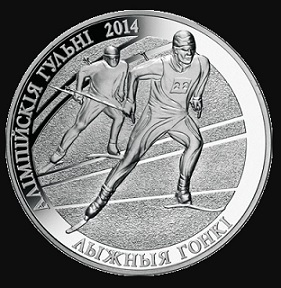 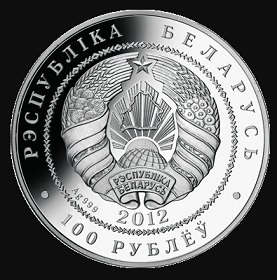 The theme for the image on the reverse of the ski race was chosen for a reason, because it was at the Sochi Olympics that Belarusian biathlete Daria Domracheva scored three times, winning three gold medals!
In 2014, Ukraine issued 15 thousand commemorative coins 'XXII winter Olympic games' in NBU capsules. The reverse depicts athletes representing winter sports, while the obverse depicts a symbolic silhouette of mountains against the background of the colors of the Ukrainian Olympic team. The coin value is 2 hryvnia. In 2014, Canada issued 5 million commemorative Nickel coins with a face value of $ 1 to mark the winter Olympic games. In addition to coins, the Sochi Olympics was remembered by numismatists for issuing the first Russian banknote with vertical orientation. It was the second in the world dedicated to the Olympic games. The new product was introduced in March 2013, and in October, the 20-millionth edition of Olympic banknotes with a face value of 100 rubles was released.

The postal service did not stay away. Only in Russia, by the new year 2014, 4 stamps with the image of all the mascots of the Olympic games were issued in 680,000 copies, as well as post blocks, including images of sports represented at competitions. For those who have never been to Sochi (although, as the heroine of a famous film says 'In Sochi, at least once in your life, every person has a rest') it will be interesting to get acquainted with the tourist attractions of the area. They are depicted in detail on the postal block issued by the Russian Post in 2011: Krasnaya Polyana ski resort, Bolshoy Akhun mountain, Volkonsky dolmen. The XXII winter Olympic games and Postal services of Azerbaijan, Armenia, and Transnistria were not ignored. 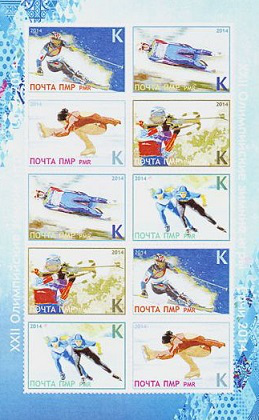 And in Nepal, a stamp and envelope of the first day were issued with a special cancellation.

The HOBBYKEEPER ONLINE You can use it to share information with collectors around the world, add and edit descriptions to copies of your collections, keep records, and quickly find the right material. Mobile versions of programs for philatelists, numismatics, bonists, philocartists and art collectors will allow you to have a collection at hand wherever You are.
HOBBYKEEPER-your favorite collection is always with you!
Translated by Yandex.Translator