From the depths of centuries to the present day: a brief history of Olympic coins

numismatics history bonistics philately
The first Olympic coins, covered with the dust of centuries, have been preserved since the Olympic competitions held in Ancient Greece. Held once every 1417 days (this was the 'Olympic year'), the largest sports competitions attracted thousands of spectators. To participate in them was considered the right of the chosen, athletes (exclusively from among the Greek citizens) were carefully prepared, and the award to the winner was universal honor and respect, well, and material benefits, of course. 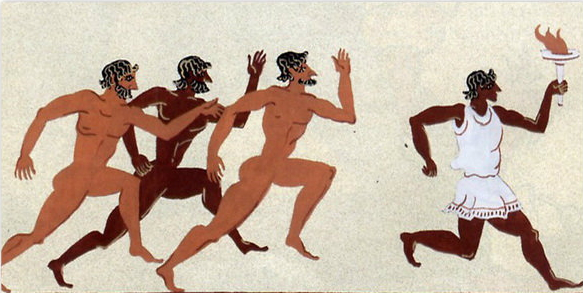 Before the games, a huge number of spectators came to Olympia, ready to spend their savings on shopping and entertainment. In this regard, it was invented its own local currency, which was used during the Olympic games. In exchange, a small Commission was charged, filling the Treasury. Ancient silver staters with the image of Zeus, Hera, the nymph Olympia and accompanying symbols have survived to this day, designed to emphasize the significance of the area and the event. 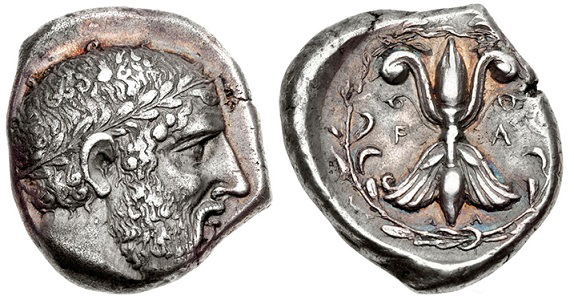 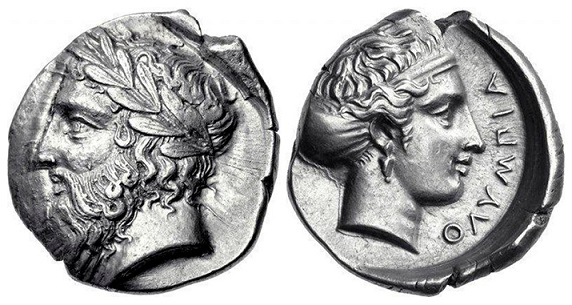 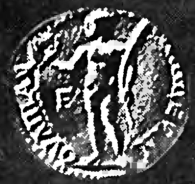 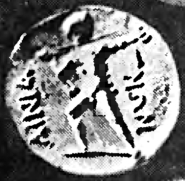 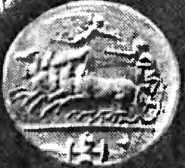 Moreover, the discobolus depicted on the coin from the island of KOs also appeared on the postage stamp dedicated to the first summer Olympic games of modern times in 1986. They were held in Athens in 1896, but Greece did not have enough funds, so the Parliament passed a Law (!) on the issue of Olympic postage stamps. As a result, the Treasury received an additional 400 thousand drachmas, and the positive outcome of the games was a foregone conclusion. 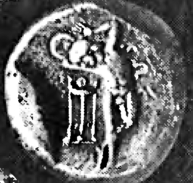 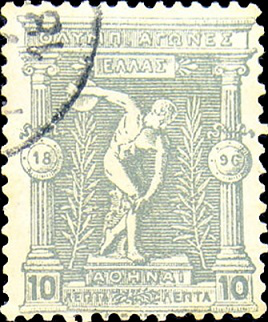 The glorious history of sports competitions, which began in 776 BC, was interrupted for a long 15 centuries, when in 394 the Emperor Theodosius considered them a 'relic of paganism' and banned them. The Olympic games ceased to exist until 1896, and resumed only thanks to the enthusiasm of the Baron de Coubertin. Along with them, the ancient custom of minting Olympic coins was resumed. The first country to issue a 500-mark silver coin was Finland. The XV summer Olympic games, held in Helsinki, became the event that is timed to the circulation. In 1951, 586 thousand silver coins were minted with the image of five intertwined rings-a symbol of the unity of athletes. 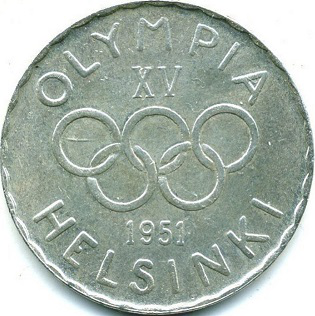 And exactly half a century later, the Finnish mint minted a commemorative coin dedicated to the 1952 Olympic games in Helsinki, the reverse of which shows a fragment of the very first Olympic coin issued in 1951. Japan took up the glorious tradition of minting Olympic coins by issuing a series of silver coins in 1964. It was timed to coincide with the XVIII summer Olympic games, held for the first time in Asia, in the city of Tokyo. The coin value is 100 yen. 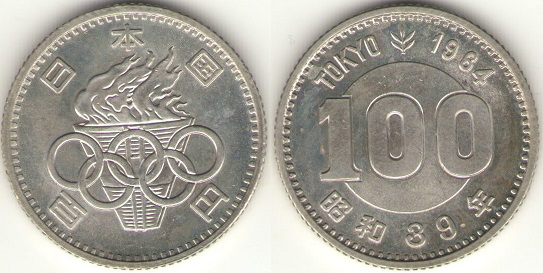 In gold, the Olympic coin was first minted by Canadians. In 1976, Canada issued 337,342 copies of commemorative 917-grade precious metal coins dedicated to the 1976 Montreal Olympics.
Interestingly, the Olympic gold medal in that year, canadian athletes did not win, winning only a silver and a bronze. But the games went down in history as the most expensive Olympic competitions ($5 billion was spent on their organization), and only Beijing was able to surpass Montreal in 2008.

In 1973, Canada issued a gift Olympic set of four, but already silver coins. The Moscow Olympic games in 1980 broke the number of not only sports records-Soviet athletes won 80 (!) gold medals. For the Olympic games, the Soviet Union issued 45 themed coins, which was the largest number in the history of modern Olympic numismatics.
It is noteworthy that the USSR, as they say, did not stint. In addition to silver and gold, from 1977 to 1980, 5 platinum coins were minted on the LMD from 999-th metal, which were sold exclusively in Vneshtorga stores for currency.

And for the Sochi 2014 Olympics in 2011, a special coin program 'Sochi 2014' was launched, within which 38 types of commemorative and 8 investment coins were minted. For the same event in 2013, the Bank of Russia issued 20 million commemorative banknotes, which feature their vertical orientation. Of course, it is rare to find an Olympic coin in free circulation. However, this does not mean That you will not be able to see them. Program HOBBYKEEPER ONLINE allows you not only to view coins of any countries, series and years of issue, but also to add them to your online collection in personal account. You can also create digital meetings coins, marks, postcards, banknotes, pictures.
Thanks to the mobile version is much more convenient to keep records, edit and take the collection with you, because HOBBYKEEPER is responsible for its safety!
Translated by Yandex.Translator