'Everyone who is not the first is the second'

philately numismatics history
Being the first is never easy. On the way there are hitherto unseen obstacles, such as, for example, the pioneers BAMa. The first postage stamps were also initially recognized as 'wild fantasy', but after a while they successfully coped with their task: filling the budget of the General Post Office of England.
...Back in the 12th century, King Henry I of England began to regulate internal administrative and financial issues. No wonder the monarch had the nickname BEAUCLERC, which means 'well-educated person'. He had an understandable weakness for hunting, women, and exotic animals, but that didn't stop him from being a fairly competent ruler. Therefore, along with other innovations, Henry I for the first time in the history of England introduced POST RIDERS ('messenger service'), which was engaged in the delivery of letters across the country that have the status of state. 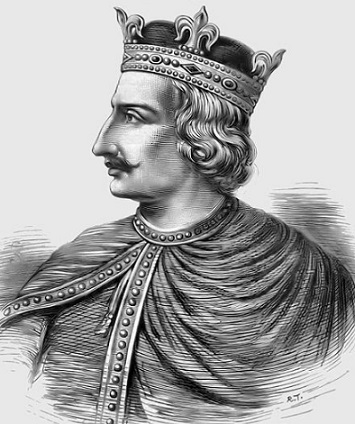 'The ice broke', and already in the 16th century in England, Henry VIII created the Royal Mail. The forwarding of correspondence became a monopoly of the state, but there was a financial problem. The question 'at whose expense the banquet' was solved by the monarch very simply: private persons (from the ancestral nobility, of course) had to keep the mail. And so that they did not have to pay out of their own pocket, a special tax was introduced from the population, which was collected by the noble persons in charge of postal affairs. It is clear as day that the stated budget of 7,000 pounds a year they collected with a very large stock, which remained in their pockets (bags, chests, basements).
The financial question became the Gordian knot that hindered the development of postal relations in England. Until the middle of the 19th century, the fee for forwarding letters ranged from 4-14 pence. For comparison, a good cotton dress cost at that time 6 pence - it is clear that not every Englishman could afford the luxury of exchanging letters. 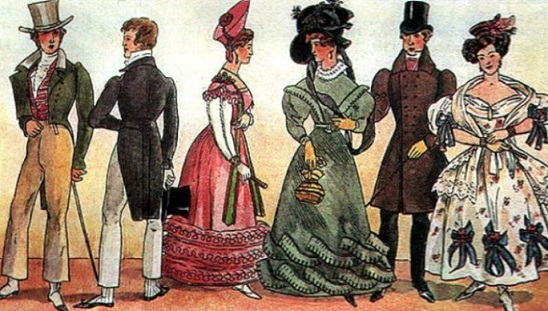 But the 19th century broke into the life of the inhabitants of foggy Albion with the advent of railways and shipping, so no one was going to sit in isolation. There was an acute question of the development of postal communication, which at that time, in addition to being expensive, was characterized by excessive slowness and unreliability (it is no secret that postal officials opened correspondence, engaged in espionage and censorship).
In 1840, the reform teacher Rowland Hill developed a sensational project for Postal reform. It was quite risky, from the point of view of state benefits. Its meaning is simple: Hill proposed to simplify and reduce the cost of the postal procedure. This in the future should have led to an increase in mass demand for postal services, and, consequently, to increase the profitability of the service. 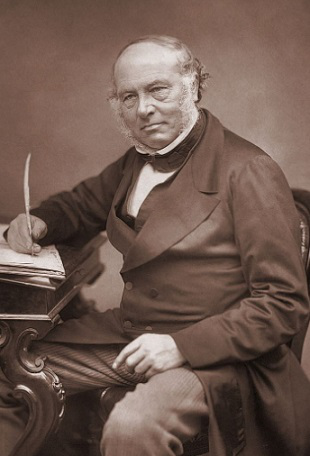 A pre-fixed payment for letters was introduced with the help of special stickers-stamps. This greatly facilitated and, most importantly, reduced the cost of receiving correspondence. Now there was no need to deal with payment - postal services were already paid for by thousands of interested citizens.
A project competition was announced for the best postage stamp design, which was attended by 2,700 participants. The design of the Heath brothers and Henry Cole (the one who first came up with the idea of sending Christmas cards) was recognized as the best.
As a result, on May 6, 1840, the first postage stamps in history were put into circulation. They were toothless, metallographically printed, and had a black-and-white color scheme. They were simply pasted on a folded and sealed letter. The nominal value of the pioneers of philately was exactly 1 penny. 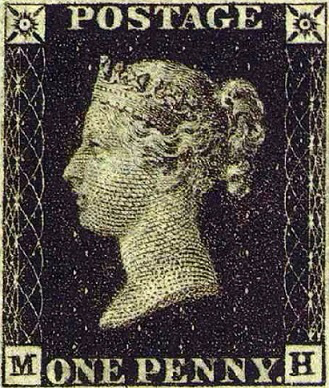 To date, it is impossible to call the 'Black Penny' a super-rarity. Slaked stamps can be purchased at an affordable price, much more expensive are clean copies in good condition. Their cost can exceed 20 thousand pounds.
However, the fact that the 'Black Penny' is the pioneer of the era of postage stamps, that this brand is the ancestor of ALL other postage stamps raises it to the rank of desirable and unique. Any philatelist would be happy to have such a thing in his collection. It's like being personally acquainted with yourself Gagarin.
In honor of the first ever postage stamp, the World Philatelic Exhibition was held in London in 1990. The Post Office of the USSR responded by issuing commemorative stamps, a small sheet and a block. 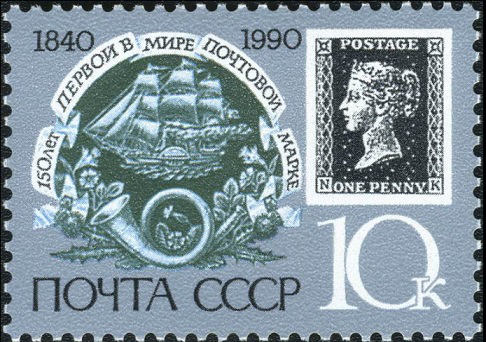 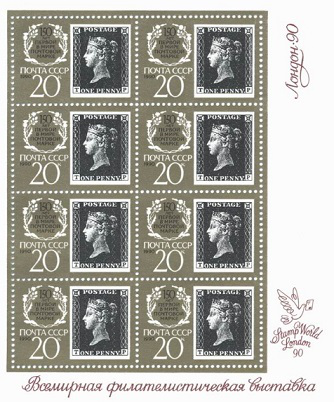 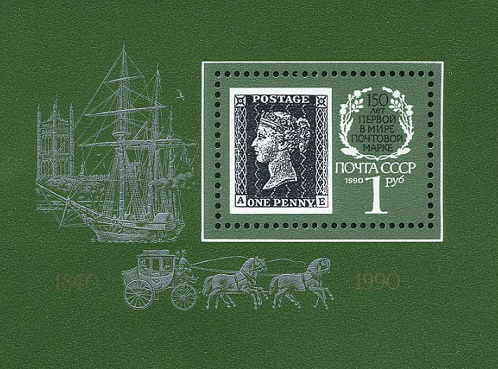 With respect to the 'Black penny' and numismatics. In honor of the first stamp, for its 150th anniversary in 1990, the British mint 'Tadwards' (Pobjoy Mint) minted 50 thousand copies of commemorative coins. The issuer is the Isle of Man, the coin value is 1 crown. The obverse traditionally features a portrait of Her Majesty Queen Elizabeth II, the reverse is decorated with the image of the stamp itself and the inscription PENNY BLACK. A coin with a similar design was also issued for the 175th anniversary. 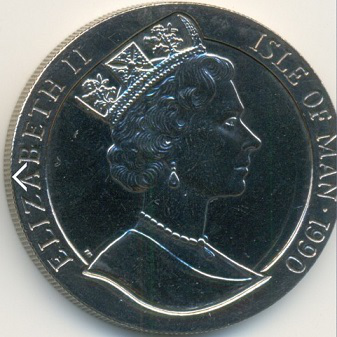 Service for collectors HOBBYKEEPER ONLINE allows users to create the most complete collections coins, brands, postcards, banknotes, pictures, adding even rare copies to them in just one click. Thanks to the adapted version programs You will have access to the archive from any mobile device. The functionality of the program allows you to edit, add and sort material, share links with friends, keep records and quickly learn about new products and sensations.
And the impossible will become possible, and the inaccessible-accessible together with the Hobby Keeper!
Translated by Yandex.Translator