philately
When you really want something, you are ready to give everything. Whether the American philatelist, Shoe magnate Stuart Weizman gave all his fortune at Sotheby's, we do not know. But the fact that the rarest brand, 'British Guiana', remains in his collection today is a fact. In 2014, the collector, without hesitation, laid out a tidy sum, and the rarity went 'under the hammer' in just 2 minutes of bidding. 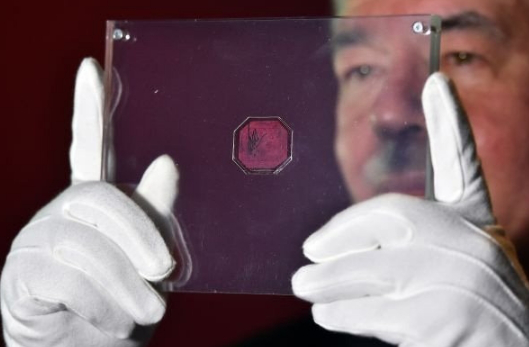 Such a stamp is not even in the collection of stamps of the British Royal family - it is the only one in the world. This is the most unique surviving stamp with a face value of 1 cent, which was printed in 1856 in the British colony in the North of South America. It was published as part of a series of three brands. Moreover, her two four-cent sisters were intended to pay for mail. British Guiana itself was used exclusively for the distribution of a local newspaper called the Official Gazette.
This explains the fact of its unearthly value: it was released in a limited edition and remained the only one in the world. Well, tell me, please, who will keep and re-read the newspaper for a long time? After reading it, we just send it to the scrap, which can not be said about envelopes or postcards. 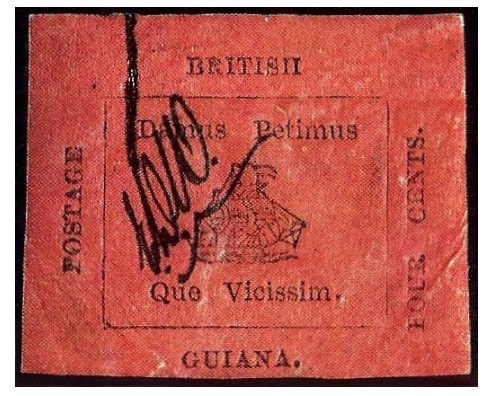 The brand itself looks quite modest today. Life has battered it well, so that from a quadrangular 'British Guiana' turned into an octagonal one. The once-purple original color has changed to a pinkish hue, and the sailboat's image and inscription have faded and become faintly distinguishable. 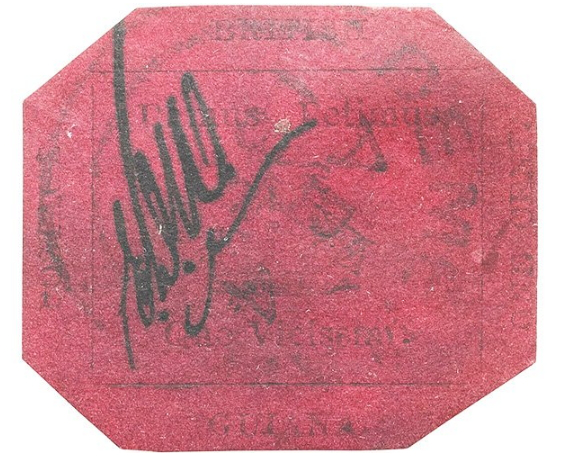 But an experienced collector will not confuse The 'Princess of philately' with any other brand. Modern Guyana-the Republic that has become the birthplace of the rarity-proudly calls it its own, and the members of the Guyana Philatelic society honor and are proud of this unique product as if it were in their pocket. 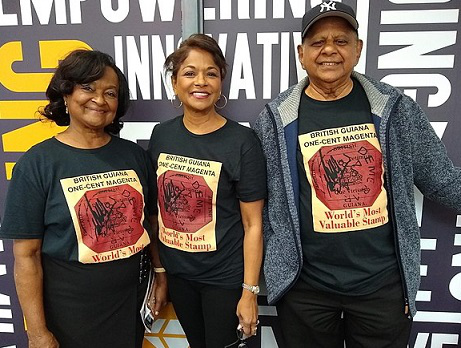 Miraculously lying among Mr. Vaughan's letters, the stamp was discovered by his 12-year-old nephew. The boy was not far from philately, and quickly realized that before him something is not quite ordinary. He found no such stamp in the catalogues, and decided to sell it for a few shillings to a collector he knew.
Perhaps the brand would have been destined to lie somewhere on the dusty shelves of Amateur collectors, because outwardly it does not attract attention either by its special design or its history. If in 1878 it had not fallen into the hands of the 'king of stamp collecting' the famous Philipp von Ferrari.
It was he who gave her a new life, turning a nondescript piece of paper with a postmark into a real 'Princess of philately'. 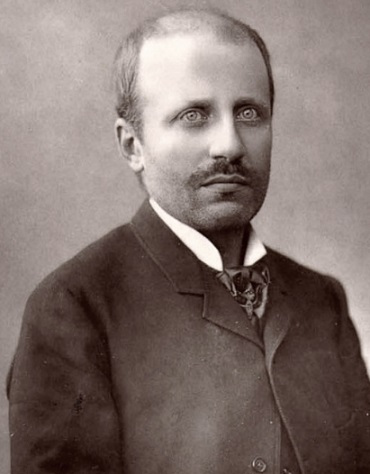 In the future, 'British Guiana', among other precious exhibits of the Ferrari collection, was to adorn the Museum fur Kommunikation Berlin. However, fate was pleased that it was taken over by the French, who inherited the legacy of the famous Austrian-born Italian as reparations after the end of the First world war.
Not that France really needs this priceless stamp. She simply wanted to benefit from the sale of rarities from the collection of von Ferrari. What happened after 14 auctions, where many items of great interest to collectors were put up for auction.
'British Guiana' was acquired through a front man by a new York millionaire, textile magnate Arthur hind. At the same time, he left even king George V of great Britain, who was also known as an avid philatelist, with nothing. 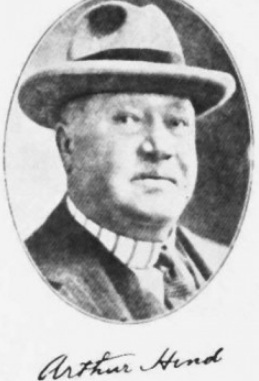 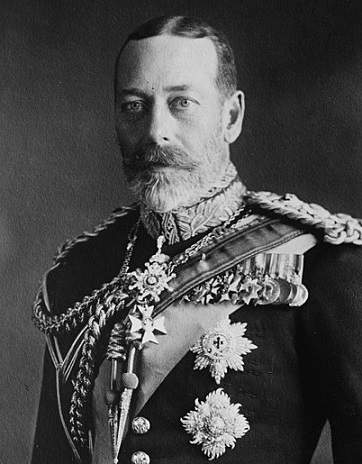 Having gone overseas, the brand has been in the hands of many owners, and from 1980 to 2010, it generally lay in an armored safe. It was there, among other jewels, that the American businessman John DuPont kept it. And here the rarity was destined to lie for three decades, while the owner was doing time for murder. the twenty first century has given 'British Guiana' a new lease of life. After being purchased in 2014 for $ 9.5 million, it was put on public display at the Washington National postal Museum as the most expensive stamp in the world.
Anyone can see it. And to get a rarity in your collection, you just need to create personal account HOBBYKEEPER ONLINE. In digitized form, you can add to your archive any rarities that are not in the collections of the most famous philatelists, numismatists, bonists, philocartists and art collectors, and even kings. Adapted version programs will allow you to access your collection from any mobile device 24/7 without fear of damaging or losing a preceless copy.
The impossible will become possible and the inaccessible will become available with Hobby Keeper!
Translated by Yandex.Translator