Black and white movie by the Lumiere brothers

numismatics philately bonistics personalities
There are many high - profile stories associated with the world - famous French-the Lumiere brothers. Fans of cinema honor their memory as the creators of the world's first device for recording and reproducing moving images-cinema, the French are proud of their famous countrymen. However, someone has reasons to challenge the stardom of Lumiere, to question their professionalism, innovation and moral qualities. So, the Lumiere brothers in black and white... 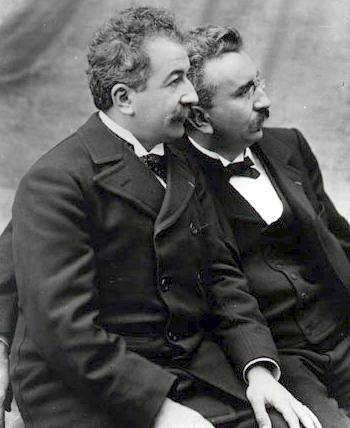 with whom you will behave, from that and you will gain

A story from childhood, Louis and Auguste Lumiere were lucky to have a high-class professional in their field. They were none other than their father, Antoine-a talented artist, inventor, not a little fond of photography.
In 1883, in Lyon, their family opened a small factory for the production of gelatin photographic plates based on silver bromide. The author of the technology is considered to be Louis Lumiere. A year later, their company brought considerable income, and the number of records produced increased from 216 thousand to 4 million pieces!
However, at first the Lumiere company almost failed, the situation was saved by sponsorship money Auguste, who returned from military service. 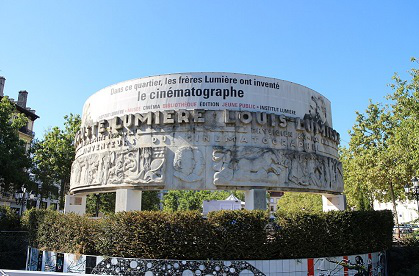 'Everyone who is not the first is the second'

The primacy of the Lumiere brothers in the invention of cinematography calls into question the chronophotographic device invented 9 years earlier. Their compatriot, Louis Leprance, already in 1888 shot a full-fledged video 'Scene in the garden of Roundhay', having patented his invention earlier Edison's 'Kinetograph' and' Cinematograph ' Lumiere brothers.
At the end of the NINETEENTH century, a powerful new entertainment industry with huge potential - the film market-was born. So the 'patent war' that broke out by this time was pretty tough. The result was the mysterious disappearance of Leprense, after which his patent was revoked, and the equipment was confiscated (!).
The lumiers received a patent for their Cinematography on February 13, 1895, and the first commercial mass screening took place on December 28 in Paris on the Boulevard des Capuchins at No. 14. This day is considered the official birthday of cinema. < h2>Execution cannot be pardoned
In 1995, the world celebrated the centenary of cinema. By this date, a commemorative 200-franc banknote with the image of the founders of cinema was to be issued in the homeland of cinema. And when the Paris mint has already printed 17 million copies, a scandal broke out.
Against the image on the national currency of the Lumiere brothers were veterans of the Patriotic movement 'Fighting France'. In 1940-1943, the French actively fought against the fascist occupiers, while the Lumiers collaborated with the Vichy collaborationist government in Lyon. Perhaps their cooperation was limited to only a few statements in the press, but their countrymen did not forgive them for supporting the occupiers.
As a result, a huge batch of banknotes worth 3.4 billion francs had to be destroyed, and the portrait of the Lumiere brothers was replaced by the equally famous Gustave Eiffel. 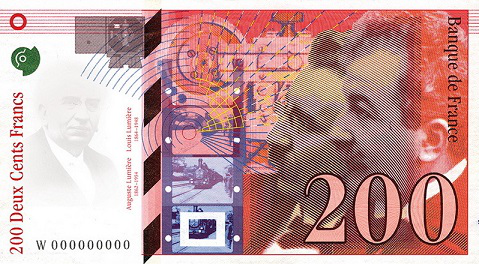 However, the French still perpetuated the memory of the Lumiere brothers. In 2012, a collectible 10 Euro coin was minted, dedicated to the regions of France and their outstanding natives. The former Rhone-Alpes region was honored. Its capital was at one time the city of Lyon - the same one where the family business Lumiere was located. 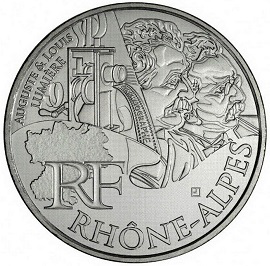 In 2006, the Republic of Liberia issued 10,000 commemorative coins dedicated to the Lumiere brothers. They show photos of celebrities, as well as a shot from their most famous film 'Arrival of the train at La Ciotat station', which caused a furor among the first visitors to the cinema. At great speed, a huge steaming locomotive drove straight into the auditorium - at that time, it was a miracle that thousands and thousands of enthusiastic spectators came to see. 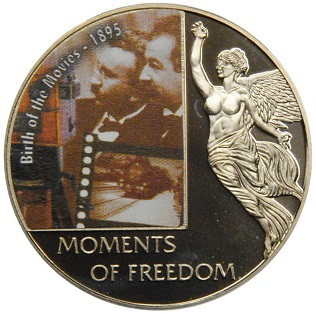 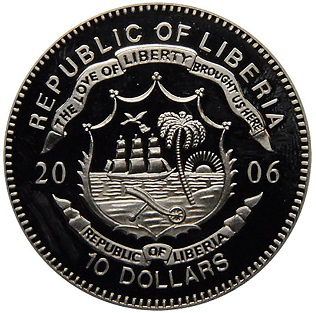 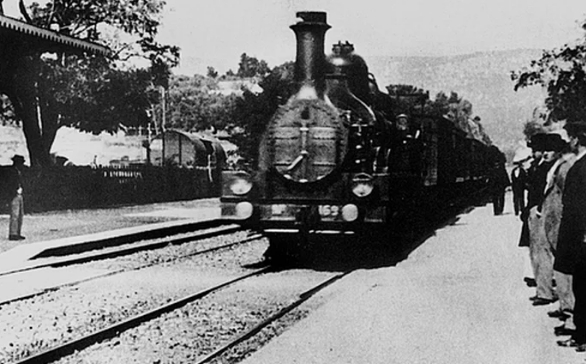 There is a famous shot of the train and on the canadian anniversary toothless stamps issued in the series ' 100 years of cinema in Canada'in 1996. 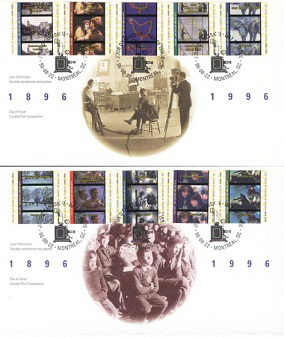 In 1958, in memory of the Lumiere brothers who made La Ciotat famous all over the world, the French installed this sculpture in the center of The city: 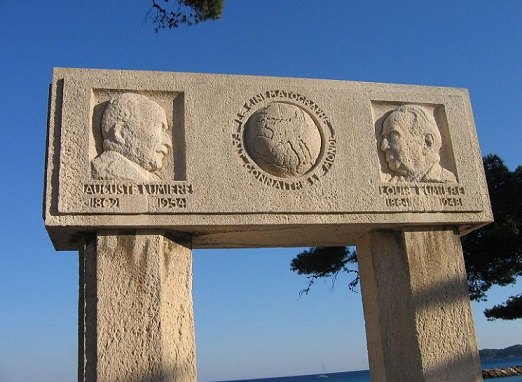 The portrait of the good-naturedly smiling Lumiere brothers is depicted on one of the stamps of the '100 years of cinema' series issued by the Sierra Leone postal service.
In 2000, Uganda issued a commemorative stamp series 'Millennium: 1000-2000. 19th century. 1850-1900'. It included a sheet of paper with the Lumiere brothers ' movie projector on the 15th stamp. 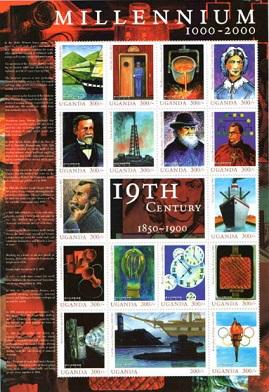 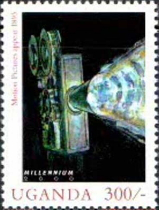